For reducing carbon emissions, assisted pedalling is much more efficient than electric vehicles 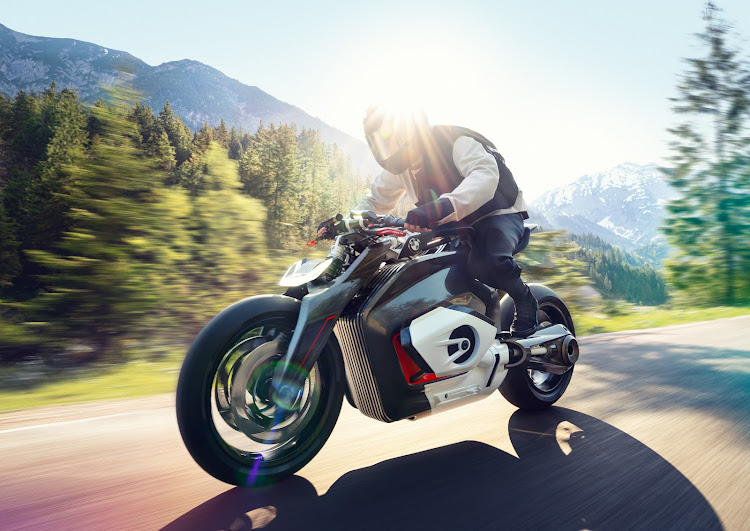 In the early days of the pandemic, when US buyers began snapping up electric bikes at unprecedented rates, the Belgian e-bike start-up Cowboy took notice. Before then, says the company’s co-founder and CEO Adrien Roose, Cowboy had looked at the US as a backwater where per capita sales lagged in comparison to Europe. The boom convinced Roose to jump in, and in September Cowboy began taking orders from US customers.

“It’s been a fairly small market historically,” says Roose, “but that seems like it’s changing quite rapidly.”

Maintaining that momentum is an important step towards reducing carbon emissions as e-bikes offer an alternative to combustion engine vehicles that is many times more efficient than electric cars.

Like many of its competitors in an increasingly crowded market, Cowboy sells its e-bikes directly to consumers. The company has a brick-and-mortar store in Brussels and one in Berlin, but none outside Europe. Of the more than 25,000 units it has sold so far, most have been online. The low-overhead sales model made it relatively easy to enter the US market. The only property the company bought was the “cowboy.com” web address, which belonged to a forum for actual cowboys.

But without stores, Cowboy faced a tricky problem: how do you get bikes to customers who want to try before they buy?

“Most of our new customers have never tried an e-bike before, period,” says Roose, “They have never heard the name Cowboy, have never seen our products in the streets. You can research fairly well online, but it’s not the same thing as touching and feeling.”

To make this contact possible, Cowboy launched an on-demand test ride service in ten cities, including New York, Los Angeles, San Francisco and Seattle. The idea, which has also been tried by direct-to-consumer rivals such as Rad Power Bikes and VanMoof, is a new spin on the old door-to-door sales model. Customers go online to book a one-hour ride and a Cowboy “ambassador” brings the bike out to them.

Test rides have become a popular tool for direct-to-consumer brands to get “butts in seats” — as Rad Power CEO Mike Radenbaugh told me in 2020 — without building expansive dealer networks or becoming wholesalers for bike shops and big-box stores.

Roughly two-thirds of all e-bikes are sold online, including Amazon.com, according to Ed Benjamin, founder and chairman of the Light Electric Vehicle Association. Direct-to-consumer brands, Benjamin estimates, account for 60% of those sales. But while early adopters have shown a willingness to forego bike shops, the industry consensus is that nothing brings first-time buyers to the market faster than a test ride.

The broad shift to e-commerce has begun to cool as pandemic restrictions have eased, making it that much more important for retailers to try to connect with potential buyers in person. “The consumer is going back into stores and back into the shopping experience,” says Don DiCostanzo, CEO at Pedego Electric Bike, which sells through 208 dealerships across North America. Traffic and sales at Pedego’s stores has increased dramatically this spring compared to 2021, according to DiConstanzo.

Cowboy calls its roving crew of salespeople “ambassadors”. Joe Hanan, a 40-year-old former bike courier, is one of 22 in the US and the only one in New York City. On a chilly Tuesday at the end of March, he came to my driveway in suburban New Jersey with the step-through version of the company’s latest model, the Cowboy 4. Like his colleagues, Hanan is an independent contractor, paid by the visit and by commission on sales. His normal service area is Manhattan, Brooklyn, and parts of Queens, but for the purposes of this story Cowboy sent him a few miles further west. Mine was the first house call of his ambassadorship.

“This is great to talk to people in person, get out in the sunshine,” says Hanan, who also freelances as a sound designer, which can be a solitary job. To get to my place, he put the bike in the back of an Uber, but most of the time he will be able to ride the bike to the customer and then home again. In my case, he also left the bike behind for a two-week press trial.

Hanan’s approach was low-key. He mostly let the product speak for itself. The Cowboy 4 has a minimalist design, with most of the wires and guts hidden inside its aluminium frame. There is a mount in the middle of the handlebars for attaching a smartphone. Once a rider downloads the company’s app and connects to the bike via Bluetooth, the phone becomes a dashboard, displaying battery charge, speed, weather and a map. (The bike also charges the phone as you go.)

Hanan showed me how to enable and disable the bike’s motor with my phone, how to slide the removable battery in and out of its slot below the seat for recharging, and how to raise and lower the seat. Then I was off. There is no throttle, gear lever, or toggle for setting the level of assistance. You just hop on and start pedalling and the motor inside the rear wheel hub does the rest — automatically adjusting its output according to how fast and how hard you pedal.

Roose co-founded Cowboy in 2017 with Karim Slaoui and Tanguy Goretti, who both worked with him at his previous start-up, an on-demand food delivery service that folded the year before. The idea was to make e-bikes that would appeal to young, urban riders, as opposed to the older customers who were the target demographic for many early e-bikes.

Cowboy’s closest competitor is the Dutch direct-to-consumer brand VanMoof, which also makes high-end commuter e-bikes built to interface through smartphones. Like its Dutch rival, Cowboy custom designs most of the parts on its bikes. VanMoof, though, has a seven-year head start in the US market. The latest versions of both companies’ bikes cost just under $3,000.

Cowboy, which raised $80m earlier this year to help fund its US expansion, had planned to sell its bikes for less, says Roose. Increases in material costs have made that impossible. “From Tesla to Cowboy, we all face the same rises in aluminium costs, nickel costs, and transport costs,” he says. “We are just not seeing those coming down.”

During my two weeks with the Cowboy 4, I took it for about a dozen rides, none longer than 11km, well within the advertised range of 70km. It is often said that an e-bike changes the way you think about your town or city. This was true for me. A deli 3km away from my house became a convenient place to pop in for lunch. I found myself looking for excuses to take the bike out, making runs for milk or beer. Most of the time, the Cowboy felt like riding a traditional bike, except a little easier. The motor helped me get going from a dead stop and made hills less sweaty but fell away as I hit cruising speed or coasted downhill.

If you have never ridden a well-made e-bike such as the Cowboy 4, I highly recommend it. Buying one, however, is another story, in the US at least. The downside of Cowboy’s customised approach to manufacturing is that, if something goes wrong, you are almost entirely dependent on the company, which has no physical presence in the US and has yet to launch an on-demand repair service planned for select cities. Once that is up and running, says Roose, riders who snap a spoke or need a brake adjustment will be able to get help from someone like Hanan. Until then, they will have to rely on remote tutorials and shipped parts.