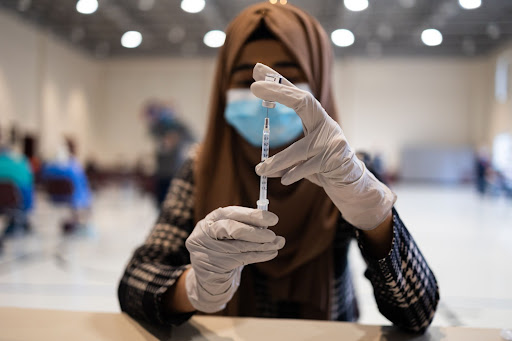 One shot to rule them: There are 100 new Covid vaccines in development. One of them could offer better protection against Omicron. Picture: BLOOMBERG

In the US, Covid-19 cases in the Northeast are increasing again, which has some people worried about yet another surge. This is also one of the most heavily vaccinated parts of the country.

While the Covid-19 vaccines have been very effective at stopping hospital admissions and death, it’s now clear they haven’t ended the pandemic. And yet the scientists I spoke with in the early part of 2021 were nearly unanimous in thinking they would end the pandemic through herd immunity. Why did they get it so wrong?

Two major reasons. First, scientists vastly underestimated the ability of the virus to mutate quickly. And second, they overestimated their ability to tweak the mRNA vaccines into forms that could conquer new variants.

But we can learn from our mistakes, and rather than expect the public to “live with the virus” protected by leaky vaccines, scientists need to keep improving vaccines, possibly exploiting the more than 100 candidates already part or all the way through clinical trials.

Coronaviruses usually don’t mutate very fast. They don’t carry their genetic material in easily swapped out segments the way influenza viruses do — requiring a reformulated vaccine every year. And coronaviruses have a proofreading mechanism that slows the mutation process.

What makes Covid-19 different is that its huge spread has given it so many more chances to evolve. “We'd all said that we didn’t see rapid viral evolution as a threat,” said immunologist Danny Altmann of the Imperial College, London. “Why are we so stupid? We were so stupid because we've thought about viruses on the scale of SARS or MERS. We haven’t thought about viruses in the lungs of millions or billions of people.”

Covid-19’s evolution has also taken an unexpectedly convoluted path. Last summer, scientists assumed that any new variants would branch off the wildly transmissible delta variant, in which case a Delta-specific vaccine might improve the situation and perhaps still allow us to end the pandemic. Instead, Omicron branched off from a pocket of the original strain still simmering in Africa, making it far removed from Delta.

The Pfizer and Moderna vaccines were supposed to be easy to update, and they are, but scientists got disappointing news when they tested Omicron-specific boosters in animals and found they worked no better than the original boosters. Although the existing boosters are pretty good, they are not nearly good enough to prevent thousands of breakthrough infections, some of them pretty nasty.

In a worst-case scenario, vaccines could actually make an infection worse by prompting the production of ineffective antibodies

The reason that the Omicron-specific booster didn’t work better might come down to a problem with our immune systems — a phenomenon that Altmann calls immune imprinting and others have called original antigenic sin.

In a worst-case scenario, vaccines could actually make an infection worse by prompting the production of ineffective antibodies. That’s happened with Dengue fever vaccines. It’s not out of the question that a future variant could render our current vaccines a liability. It’s not clear yet whether natural infection or vaccination with other kinds of vaccines will lead to the same problem.

Altmann thinks a second booster shot makes sense right now, especially in the US, where we might see a new wave of the omicron sub-variant BA.2. And he agrees with the US Food and Drug Administration (FDA) decision to authorise a second shot for those over 50. There’s enough evidence from Israel showing the second booster can offer at least a couple of months of increased protection against severe disease and death.

But he does foresee the potential for longer-term problems. He said that asking people to take the same booster every 4-6 months for a changing virus “isn’t good immunology or vaccinology or public health”.

One problem is that there’s no data one way or another whether the booster will do anything to prevent mild or asymptomatic infections and therefore it’s unclear whether young, healthy people should get boosted to protect the community — or to avoid long Covid.

While the CDC director NAME has recently said that an infection with Omicron can substitute for one shot, the level of protection from a previous infection is complex and hard to predict. As Altmann points out, there are different forms of natural immunity — to the original virus, Alpha, Beta, Delta and Omicron.

Some experts quoted in the New York Times recently suggested that the reason BA.2 is spreading slower in the US than it did in the UK comes down to the fact that the US had many more Omicron infections with the other sub-variant, BA.1, over the winter. But that’s speculation.

Altmann said he’s seen a number of people get reinfected with Omicron once or even twice, suggesting this variant doesn’t provide good immunity even to itself. The situation is now extraordinarily complex, with most of the population having very different immunity profiles from a hodgepodge of infections, shots and boosters.

What would be a better public health strategy? He suggested we keep exploring the more than 100 vaccines that have gone partway through clinical testing, looking for one that might have broader protection against parts of the virus that aren’t changing as fast as the spike protein, and that show better durability.

“We’ve known for more than 100 years how to make durable vaccines,” he said, citing the attenuated viral vaccine for yellow fever as an example.

Gregory Poland, director of vaccine researcher at the Mayo Clinic, agrees and is working on a vaccine candidate that might work more broadly against current and future variants — and even might protect against other coronaviruses. He also thinks second boosters make sense for people over 50,  given our current BA.2 threat and fewer non-pharmaceutical precautions.

And now there’s a threat from new hybrid variants, including one dubbed XE that surfaced in China. It may fizzle or it may grow — experts now are reluctant to predict. With so many past predictions proving false, their reluctance is easy to understand.

It’s become clear that our current vaccines won’t end the pandemic. But that’s no reason to give up hope; a vaccination campaign with better vaccines still might.

What Australian rabbits can teach us about Covid-19