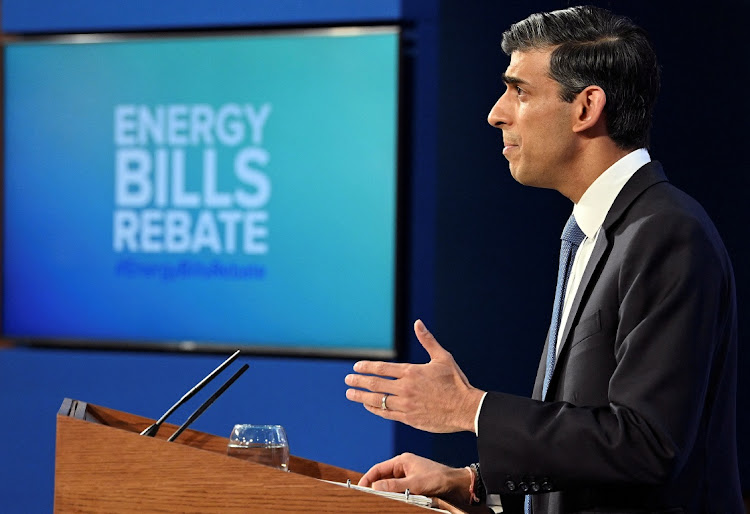 Just weeks ago, Rishi Sunak was a leading contender to be Britain’s next prime minister. That prospect is receding rapidly.

His fall has been remarkable, criticised for raising taxes during a spiralling cost-of-living crisis, while appearing out of touch as a millionaire chancellor of the exchequer immune to plummeting living standards. Sunak has never been more unpopular with voters, according to pollster YouGov.

With his fortunes already flagging, Sunak was hit this week by the politically seismic revelation that his wife, Akshata Murthy, exploits a tax loophole that means she doesn’t pay UK taxes on her foreign earnings — potentially saving millions of pounds of payments to the Treasury.

Though there is no suggestion laws were broken, one Conservative MP called Murthy’s tax status a disgrace and another said it would be toxic with voters for the ruling party. Opposition Labour Party leader Keir Starmer said it would be “breathtaking hypocrisy” if Murthy had reduced her own liability while Sunak was raising taxes on Britons.

Sunak came out fighting on Friday, telling The Sun newspaper his wife “hasn’t done anything wrong” and has “followed the letter of the law.” He blamed the Labour party for the “unpleasant smears,” adding: “To smear my wife to get at me is awful.”

But two MPs pointed out to Bloomberg that Sunak’s struggles have coincided with a reversal in Johnson’s own fortunes, and accused Prime Minister Boris Johnson’s staff of briefing against a would-be rival. A Downing Street spokesperson denied that accusation.

Sunak’s immediate chance of becoming prime minister “has pretty much evaporated,” said Helen Thomas, a former adviser to former chancellor George Osborne and CEO of BlondeMoney, a macroeconomic consultancy. “He’ll get another crack at it, but it may not be for years to come.”

Events are now far removed from the height of Sunak’s popularity during the pandemic, when the chancellor became a national figure almost overnight by unleashing billions of pounds of emergency spending to prop up the economy.

A slick PR operation, polished performances in parliament and popular policies — including an “Eat Out to Help Out” programme subsidising restaurant diners after the first coronavirus lockdown was lifted — quickly propelled him to be the front-runner to succeed Johnson.

But Sunak has struggled to maintain the positive vibe since switching off the UK’s free-spending response to the pandemic.

He told the Conservative Party spring conference he didn’t want to “burden future generations with further debt” and he has repeatedly said that he won’t be able to protect everyone from the full brunt of the cost-of-living crisis.

It’s a stance that appeals to Tory fiscal conservatives but also led to a wider backlash to his mini-budget in March, when he increased a levy to fund healthcare and rejected calls to boost welfare payments.

For the first time in his political career Sunak is under siege, unable to shrug off a perception that he doesn’t understand the plight of ordinary Britons squeezed by surging fuel and food costs.

His assertion of being a low-tax Conservative in the mold of former Prime Minister Margaret Thatcher also don’t stack up against his actions: he’s put the country on track to its highest tax burden since the 1950s.

Putting his personal branding on Treasury decisions, a strategy that worked during the pandemic, now means he’s linked in the public conscious to inflation and a record squeeze on living standards.

His personal wealth — and that of his family — is also not helping. The UK has a long tradition of photographing chancellors preparing for key speeches, but in Sunak’s case they include glimpses into a luxury lifestyle, like a coffee cup in 2020 worth £180.

Against protestations from Sunak — and Johnson — that families of politicians should be kept out of scrutiny, the focus is now on Murthy, the daughter of an Indian billionaire, Infosys co-founder Narayana Murthy.

She owns 0.93% of Infosys’s shares, according to data compiled by Bloomberg, valued at almost $1bn at current prices. On Wednesday, the Independent newspaper revealed she holds non-domiciled status in the UK, a revelation later confirmed by her spokesperson.

A high-end gym chain backed by Murthy — Digme Fitness — has fallen into administration despite receiving furlough payments from the taxpayer, MailOnline reported last week. An educational firm she backed also collapsed even after it received a loan under a government program, the website reported earlier.

The question now is just how bad Sunak will be damaged by the reports. On Thursday, allies in the Tory party predicted his standing wouldn’t be affected and that his fiscal prudence remains popular. There’s a view that his wife’s tax status is not something that should reflect on Sunak.

It is only weeks since Johnson himself was battling for political survival over allegations of rule-breaking parties in Downing Street during the pandemic, which fuelled speculation about a leadership challenge. While the police have started issuing fines, Russia’s invasion of Ukraine has taken much of the sting out of “partygate”.

Instead, there’s growing speculation among Tory MPs that an emboldened Johnson may remove Sunak from his post in a future cabinet shake-up, with one suggesting foreign secretary Liz Truss — who has expressed her desire to be chancellor in the past — taking the role.

To be sure, some Tories said Sunak is still well liked and seen as a competent chancellor with a good personal touch with MPs. Also in his favour is the relative dearth of big hitters to one day replace Johnson, giving Sunak time to rebuild his public standing, they said.

British politics is also littered with politicians who have resurrected their careers, not least Johnson, who was widely seen to have lost his shot at Number 10 when his fellow Brexit campaigner Michael Gove derailed his leadership challenge in 2016.

Yet any politician seeking to be prime minister needs a strong base of public support to be a credible contender — something that has slipped away from Sunak. On Wednesday, a YouGov poll gave him a popularity score of minus 29, with 57% of respondents having an unfavourable opinion of him compared with just 28% who see him in a positive light.

Could NFTs be the stepping stone to the financialisation of anything and everything?
Opinion
2 months ago