The pool of insurers still quoting has substantially dried up, meaning those who remain are demanding higher prices 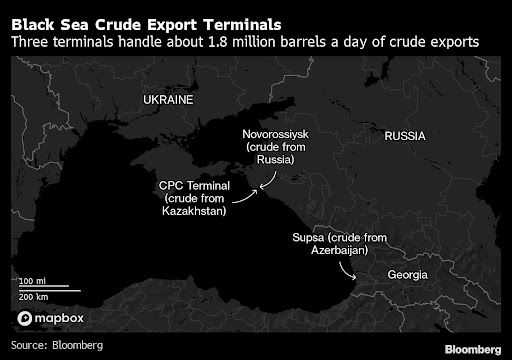 The costs of insuring merchant ships sailing to ports in the Black Sea has spiralled out of control, becoming a huge potential impediment to the movement of Russian cargoes from the region.

Underwriters are charging as much as 10% of the value of a ship’s hull — basically the vessel’s worth as an asset — for what is called additional war-risk premium, according to four people involved in the market. Some are simply quoting to cover at prices that they know will be refused. There was almost zero cost before the war.

The primary concern from insurers is damage to vessels, either through missile attack or possible mines. When war broke out, at least five ships were blown up. A month later, a mine was discovered around Turkey’s Bosphorus strait, a vital maritime corridor for any carrier entering or leaving the Black Sea.

One of the people said that the pool of insurers still quoting has substantially dried up, meaning those who remain are demanding higher prices.

The charges would typically be met by companies hiring the ships, not vessel owners. The Black Sea is normally a hub for exports of crops, oil, fuels and raw materials but has been disrupted by Russia’s invasion of Ukraine. One of the insurers said that current prices are essentially unsustainable for customers.

The surge in insurance premiums represents just another expense for any company seeking to ship anything to or from ports in region. The cost of vessel hire is extreme too.

It costs about $3.5m to hire a tanker to take a million-barrel cargo to Italy from the Russian Black Sea port of Novorossiysk compared with less than $700,000 earlier this year, according to industry data compiled by Bloomberg.

As well as the threat of vessel damage, there are other risks. Both the Russian and Ukrainian navies could seize vessels for uses related to national security. If the carriers were held for at least six months — one of the people said one year — for political reasons, that would result in a ship being declared a total loss, allowing its owner to recover the full value of the hull, the people said.

In theory, owners could go in without insurance. However, because of how insurance works, that would have a knock-on effect that would ultimately put them on the hook for the risk of pollution, removal of wreck, cargo liability and any crew liability and repatriation.

As the war continues, the Lloyd’s Market Association’s Joint War Committee has added the waters of Russia to its list of riskiest areas. That’s likely to mean that insurers will charge additional premiums for more Russian ports in coming weeks.