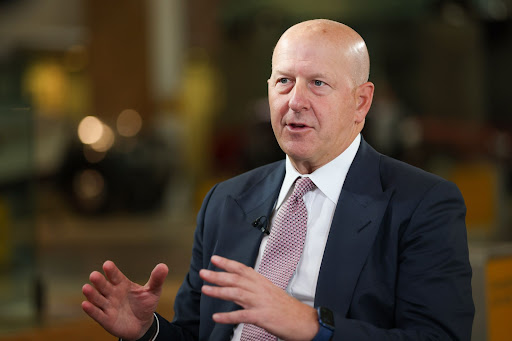 A prominent adviser to shareholders is taking umbrage at the special bonus grants to Goldman Sachs’s CEO and a top deputy — a rebuke that comes at an awkward time for the bank as its stock turns in the worst showing among peers in 2022.

Glass Lewis, a major voice on annual shareholder votes, is recommending Goldman investors vote against a pay package that puts CEO David Solomon and John Waldron, the bank’s president, in line for about $50m in one-time bonuses. The adviser questioned whether the board’s rationale for the grants — guaranteeing leadership continuity and talent retention — warranted such large payouts.

“We are critical of the awards given their excessive sizes,” Glass Lewis said in a report to clients seen by Bloomberg News. “Such awards have the potential to undermine the integrity of a company’s regular incentive plans, the link between pay and performance or both.”

Across Wall Street, where surging business during the pandemic generated huge windfalls, banks like JPMorgan Chase and Bank of America have vowed to pay competitively for top talent, with none more willing than Goldman to splash cash on retention. But the rising compensation costs have met little enthusiasm from shareholders, with Goldman the worst performing among the biggest US bank stocks after erasing 18% in value in 2022. That’s closely followed by JPMorgan’s 17% decline, another bank where costs have attracted investor scrutiny.

A representative for Goldman Sachs didn’t immediately respond to requests for comment. The stock has now slumped about 26% from its November high to $314.15. This is the first time Glass Lewis is asking to vote down the Goldman pay proposal under Solomon’s tenure. In 2021, it recommended such an action on one in seven companies on the S&P 500 index.

The payouts dinged by Glass Lewis take aim at the award handed out by the board in October for Solomon and Waldron to “enhance retention in response to the rapidly increasing war for talent.” That came just months after the same board had docked their pay for the bank’s role in a corruption scandal that facilitated the looting of Malaysian investment fund 1MDB.

The pay sweetener is subject to performance and time-based vesting conditions over a five-year period and worked out to roughly $30m for Solomon and $20m for Waldron, based on Goldman’s share price at the time.

Still, the investment adviser broadly gave Goldman’s executive compensation practices in 2021 a “C” grade, an improvement on the “F” it assigned for 2019 when it cited a “significant disconnect” between the bank’s pay and performance. At that time, it recommended shareholders sign off.

The adviser also called out the structure of the award that measures stock performance in rolling 30-day measurement periods within a five-year window.

“We believe that long-term incentives should encourage executives to achieve steady and sustainable growth rather than what may amount to relatively brief spikes in performance,” Glass Lewis said.

Goldman offered heftier bonus payouts to investment bankers and traders as the bank shattered revenue and earnings records in 2021. The bank then added millions of dollars to pay packages with one-time stock grants in addition to annual bonuses for its exclusive partnership class.

The largesse escalated further, with members of Goldman’s management committee, its top decision making body, offered an even more lucrative perk. But the deepening effort to cajole executives to stick around has come at a cost: Goldman reported record-high annual expenses fuelled by soaring compensation and benefits costs in 2021.

The recommendation to vote down the pay proposal comes ahead of the bank’s annual meeting on April 28, where it’s seeking shareholder approval of a nonbinding vote on executive pay. It also comes ahead of bank first-quarter earnings reporting, which begins next week.