Concerns centre on the production of aluminium, raising questions for another key industry about alleged human rights abuses in its supply chain 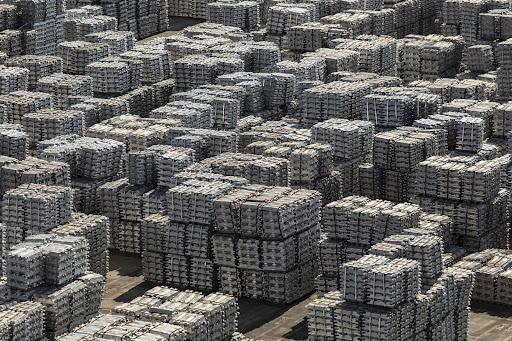 Suppliers to key international car manufacturers were flagged in a fresh study on the potential use of forced labour. Picture: BLOOMBERG

Some of the world’s biggest vehicle makers are linked through their suppliers to labour programmes in China’s Xinjiang region that experts have flagged as coercive, according to a new report by Horizon Advisory, a US-based consultancy.

The concerns centre on the production of aluminium, raising questions for another key industry about alleged human rights abuses in its supply chain.

Suppliers to BMW, General Motors and Volkswagen, as well as to China-based electric vehicle manufacturers including Nio and BYD , are linked to controversial labour programmes in Xinjiang, according to the study.

The complexity of modern supply chains — in which raw materials can pass through multiple manufacturers or countries before they’re used in finished products — means it’s difficult to make definitive links between Xinjiang’s plants and major brands. And China has repeatedly rejected international criticisms of the work programmes, calling allegations of forced labour “the lie of the century” and defending its policies as an effort to reduce poverty and unemployment.

Even so, the US and allies have sanctioned several individuals and entities with ties to Xinjiang and curbed imports of cotton products, tomatoes and solar equipment. From July, the Uyghur Forced Labor Prevention Act will ban goods from Xinjiang unless US importers can prove they aren’t made with forced labour.

Volkswagen said it has no evidence of forced labour by its Xinjiang suppliers and is not aware of any aluminium from the region being used in its manufacturing or products. The company “takes its responsibility as companies in the field of human rights worldwide very seriously,” a spokesperson said, adding that any allegations are immediately investigated and contracts will be terminated if issues can’t be remedied. Representatives for BMW, GM, Nio, BYD and China’s foreign ministry didn’t immediately respond to a request for comment.

“There’s going to be a huge challenge to a big swath of industries,” said Nathan Picarsic, a co-founder of Horizon who is scheduled to offer testimony on Friday at a hearing of the Forced Labor Enforcement Task Force. Company supply chains still depend on Chinese industrial policies which make “forced labour part and parcel of business as usual” for producers in Xinjiang, he said.

Aluminium hasn’t so far been a focus of international attention on Xinjiang, but the region accounted for about 9% of global production. The country as a whole provided about 60% of the world’s aluminium in 2020, and transportation, including the auto industry, was its second-largest consumer.

Horizon’s report cites government and corporate documents that tie metal operations controlled by eight companies to labour transfer programmes or to Xinjiang Production and Construction Corps — one of the state-linked organisations that’s been sanctioned by the US government over alleged human-rights abuses.

Though documents alone can’t provide conclusive evidence of involvement in forced labour, the study on the aluminium sector found more indicators of complicity than in any previous case, said Emily de La Bruyere, also a co-founder of Horizon.

The report highlighted Xinjiang Zhonghe, a producer of high-purity aluminium. The company is as a participant in vocational programmes for rural migrant workers and in job transfer training which human rights advocates have flagged as key indicators of forced labour.

Xinjiang Zhonghe is a supplier to auto companies including GM and BMW’s joint venture firms, according to its website. Beijing WKW Automotive Parts is also a client, according to Bloomberg data, and a supplier of car parts and exterior trims to VW’s China venture, BMW, BYD and Nio.

In another example, the report identified Shandong-based Xinfa Group, which has a wheel manufacturing unit that supplies heavy duty truck, luxury car and electric bus manufacturers with key sales networks in the US , Japan, South Korea and Canada, according to its website. It also owns Xinjiang Sixth Division Aluminum, which was established through a 2009 agreement with the XPCC, filings reviewed by Horizon show, and — in one specific example — is documented as having sought 400 workers in 2020 from an employment transfer guidance station at Wugongtai town, identified by advocacy groups as a coordinator of forced labour programmes.

Xinfa didn’t immediately respond to a request for comment.

Human rights groups and a panel of UN experts have for years raised concerns that minority groups in Xinjiang have been subject to mass detention. Millions of labourers in the region are transferred each year as part of government-sponsored labour programs, according to a Bloomberg News analysis of official data.

“For decades, the free world has dismissed the Chinese Communist Party’s outrageous slave labour practices to take advantage of its cheap manufacturing,” said Florida Senator Marco Rubio, who has pushed for tougher action on forced labour. The study on aluminium operations “exposes the pervasive nature of China’s forced labour abuses in Xinjiang and shows just how reliant major international companies are on slave labour,” he said.

Among the suppliers named by Horizon, only Tianshan Aluminum Group is publicly held. Its Xinjiang-based unit is named in government documents as an employment poverty alleviation base, indicating its role in labour programmes, and multiple local reports detail specific transfers, according to Horizon. Recruitment materials also describe the firm’s support for the XPCC, the consultancy said. Tianshan didn’t immediately respond to requests for comment.

Most of Tianshan’s biggest investors are Chinese, according to data compiled by Bloomberg. But Norges Bank Investment Management took a position in late 2021 that established it as among the company’s 50 biggest shareholders, according to Bloomberg data.

“As an investor, we expect companies to respect human rights and take human rights into account in their operations,” Norges Bank Investment Management said in a statement, though it declined to comment on individual investments or specifically on Tianshan.