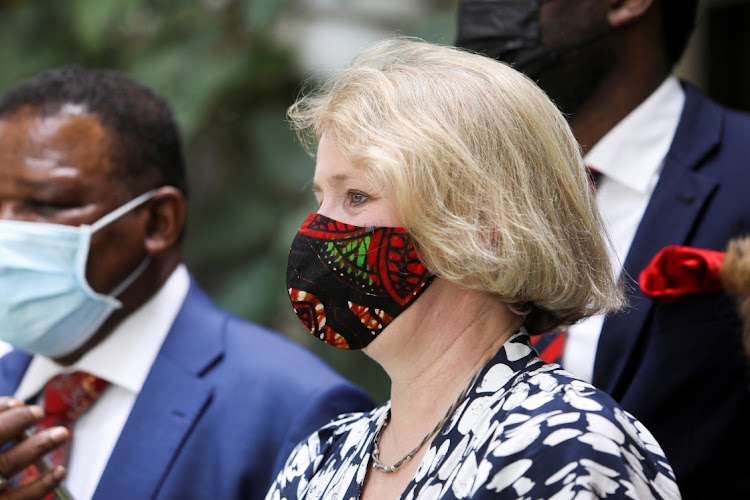 Zambia’s reorganisation of as much as $17.3bn of external debt is being delayed by a single foreign creditor, according to UK minister for Africa Vicky Ford.

“We’ve got one creditor that seems to be — one international creditor — that seems to be taking a bit more time to make a decision,” Ford, who is visiting Zambia, said in comments broadcast on Hot FM radio, on Thursday in Lusaka. “I discussed that with the foreign minister as well last night, and I know that he has been working incredibly hard to try to speed up that process.”

Zambia, which became Africa’s first pandemic-era sovereign defaulter in 2020, has been seeking to restructure its dollar obligations under the Group of 20’s (G20’s)Common Framework, a set of guidelines that the most powerful countries drafted to mitigate debt crises in poorer states. Under those rules, Zambia first needed to reach a preliminary bailout deal with the International Monetary Fund, which it did in December.

Disagreements among official creditors or prolonged negotiations with private lenders could delay an eventual restructuring deal and IMF approval into the second half of 2022 or even into 2023, Fitch Ratings said this week.

Zambian finance minister Situmbeko Musokotwane on December 15 asked bilateral lenders to form an official creditors committee as soon as possible. That’s yet to happen, even as the IMF and World Bank have since completed a debt sustainability analysis that sets the economic criteria used in negotiations for debt treatment.

Ford didn’t identify the creditor that she said has been delaying the process.

Out of Zambia’s total $17.3bn of external public-sector debt, commercial and state-owned Chinese lenders account for $5.5bn, making the nation by far the biggest source of Zambia’s loans, according to finance ministry data. Zambia owes $3.3bn in Eurobonds and interest arrears since it defaulted at the end of 2020 and stopped servicing almost all other international loans. It also has a $147m debt to Russia’s export-import bank.

Zambia had been targeting a deal with creditors in the first half of this year, to have its $1.4bn deal with the IMF concluded by June. There has been behind-the-scenes work to establish an official creditors committee co-chaired by China and SA, Eurasia Group said in a note to clients last week.

SA is still finalising its delegation for the creditor committee for Zambia, the Treasury said in reply to emailed questions on April 4.

Ford said she’d be discussing with the IMF and World Bank how to expedite Zambia’s debt treatment at their spring meetings in Washington from April 18-23.

“I’m really encouraging them to say: How can we get this process going faster?” said Ford. “Because the longer it’s going, the more that overhang of uncertainty is going to impact on people here.”