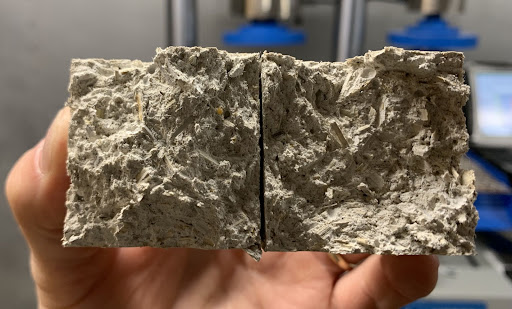 Vodka. Jet fuel. Hand sanitiser. Perfume. A growing number of companies are turning carbon dioxide captured from the air or factory smokestacks into everyday products so that the greenhouse gas does not escape into the atmosphere and heat the planet, or at least gets recycled a few times before it does.

Carbon capture technology works by separating CO₂ from other gases using expensive solvents that attract the molecules like iron filings to a magnet. Once captured, the CO₂ can be buried deep underground in places such as depleted oil and gas wells, where it remains for centuries. But that process has its challenges. On top of the high cost, companies also have to figure out how to transport the CO₂ and find the right geological structures in which to store it.

That is why some start-ups are turning to what is known as “carbon capture and utilisation” (CCU), where the CO₂ is used to make goods that can be sold to fund the scaling up of their technologies. There is a potential $1-trillion market in the US alone for products made from captured CO₂ emissions, according to nongovernmental organisation Carbon180, ranging from plastics and building materials to food and drink.

One replacement product that can really make a difference in the global effort to reach net-zero emissions is aviation fuel, because there is still no fossil fuel-free way to make it.

Dimensional Energy is trying to make usable fuel from waste carbon and sunlight. Its process works by adding water to captured carbon and heating the mixture to high temperatures using electricity generated from solar panels. Catalysts are introduced that combine the carbon and hydrogen atoms from water into a compound that can be turned into fuel for cargo ships and passenger planes.

The problem for companies such as Dimensional is that CCU was born as a means of raising funding for carbon capture technologies. But today, with scores of governments and companies setting targets to zero out emissions, there has been a surge in investor interest in companies that simply capture CO₂ and store it away.

It will always be more effective from a climate perspective to trap captured CO₂ underground than attempt to use it again, according to Howard Herzog, a senior research engineer at the MIT Energy Initiative. Turning the gas into something else requires energy and it is not always easy to get that from completely renewable sources, including hydrogen. That limits the ability of these processes to have a meaningful climate effect, especially when there are other ways to cut emissions from most of these products, he said.

While it can be an effective marketing tool, experts say in most cases there is no need to replace everyday goods with versions made from captured carbon. When it comes to things such as alcoholic drinks and hand sanitiser, they are at best an educational tool for the benefits of investing in carbon-capture technology and at worst a gimmick that does not do the planet much good.

Brooklyn-based Air Company, for example, says it has created the “most sustainable alcohol in the world” by mixing captured CO₂ with hydrogen made from water and wind power. Their spirits can be turned into a variety of consumer goods, including vodka, which starts at $65 a bottle. “Using the same area of land, our technology absorbs CO₂ at around 100 times the rate of a well-curated forest,” said Air Company co-founder Gregory Constantine.

But a study published in the journal Nature in 2017 was less optimistic about how big CCU can get. The researchers concluded that even if there were enough clean energy available to support large-scale CCU, the actual contribution of the sector to net-zero globally would be negligible, at less than 1%, making it a costly distraction.

“Carbon utilisation has advantages as a climate solution,” said Giana Amador, policy director at Carbon180, but it does not permanently eliminate carbon from the atmosphere. “Neither carbon capture nor carbon removal is a licence for fossil fuel companies to continue emitting,” she said.

The bloc is enforcing environmental, social and governance rules without exemption
News
1 month ago

Mining sector has critical role in the green energy transition

TOM EATON: The melting of Antarctica threatens to swamp an age-old SA ...

TOM EATON: The melting of Antarctica threatens to swamp an age-old SA ...