Amendments mark an unusual reversal by Beijing that could end decades-long dispute after US, but SEC chair doubts they go far enough 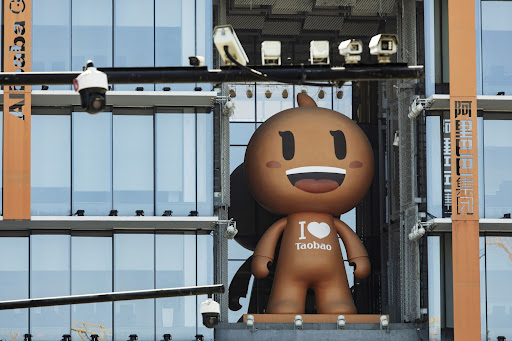 China modified a decade-long rule that restricted offshore-listed firms’ financial data sharing practice, potentially removing a key hurdle for US regulators to gain full access to auditing reports of the majority of the 200-plus Chinese companies listed in New York.

The revised draft rules deleted the requirement that on-site inspections should be mainly conducted by Chinese regulatory agencies or rely on their inspection results, the China Securities Regulatory Commission (CSRC) said in a joint statement with other regulators on Saturday.

The CSRC will provide assistance during the process through a cross-border regulatory co-operation mechanism.

Meanwhile, all companies listed directly or indirectly overseas will be responsible for properly managing confidential and sensitive information, and protecting national information security, according to the statement.

The amendments mark an unusual reversal by Beijing, potentially ending a decades-long dispute that escalated when the US set a 2024 deadline for kicking non-compliant businesses off the New York Stock Exchange and Nasdaq. The compromise would also show China’s willingness to balance national security concerns with the needs of investors and businesses at a time when its economy faces numerous challenges.

US-listed Chinese stocks climbed on Friday following a Bloomberg News report that regulators in Beijing are working on a framework that’ll grant their US counterparts full access to auditing reports for a majority of the companies listed in New York. The compromise will allow most firms to keep their US listings, according to people familiar with the matter.

The revisions, pending public feedback until April 17, show “China has always been open to cross-border audit co-operation”, the CSRC said in a statement, adding that the moves will provide support for “safe and efficient” cross-border co-operation including joint inspections.

Under the rules issued in 2009, working papers drafted onshore during the process of overseas share sales were forbidden from being shared with any foreign entities or individuals. Working papers that concern state secrets or national security were also prohibited from being stored, processed or transmitted in non-confidential computer systems.

The CSRC said it’s rare in practice that companies need to provide documents containing confidential and sensitive information. However, if required during the auditing process, they must obtain approvals in accordance with related laws and regulations, the watchdog said.

Chinese authorities are trying to bolster investor confidence following a series of crackdowns that have rattled markets. Promising greater policy stability, China’s top financial regulator last month said it supports overseas listings, prospects for which have been clouded by a raft of new rules and a stand-off with the US over access to company audits.

There are more than 200 Chinese firms listed in the US as American depository shares, with a combined market capitalisation of $2.1-trillion as of May 2021, including eight national-level state-owned enterprises, according to a report from the US government. The threat of delisting and China’s regulatory crackdowns have spurred a sell-off in the Nasdaq Golden Dragon China Index, which lost about half its value in the past year.

The latest changes could help minimise national security risks in listed firms’ shared data, enabling them to open audit papers to US regulators when needed.

Still, Securities and Exchange Commission chair Gary Gensler last week tamped down speculation that a solution was imminent, signalling that only total compliance with audit inspections will allow the companies to keep trading on US markets.

China could simply move a firm to a non-US bourse if it wants to shield financial documents, Gensler said in an interview. He also pointed out that the American law focuses on non-compliant countries rather than specific companies. So if one request is blocked, it means the requirement isn’t being satisfied.

China tightened scrutiny on overseas listings last year after the New York initial public offering of ride-hailing giant Didi Global, which proceeded despite regulatory concerns. In December it imposed new restrictions on offshore offerings by firms in sectors that are off-limits to foreign investment.

The securities regulator proposed that any company whose listing could pose a national security threat be banned from proceeding. Firms could use the so-called variable interest entities (VIEs) structure to pursue overseas IPOs after meeting compliance requirements, the CSRC had said.

VIEs, a vehicle pioneered by Sina Corp. during a 2000 IPO and used by numerous technology giants to list in the US, have been a perennial worry for global investors since they operated in a legal grey zone. Chinese regulators only started acknowledging their existence in a series of new rules over the past year.

“The CSRC will firmly support companies to choose their listing destinations based on their own will,” the regulator said on Saturday.

SEC seeks to tighten disclosure rules on fees and costs

Preparations suspended after it failed to appease Chinese regulators’ demands that it overhaul its systems for handling sensitive user data, people ...
News
5 months ago
Next Article