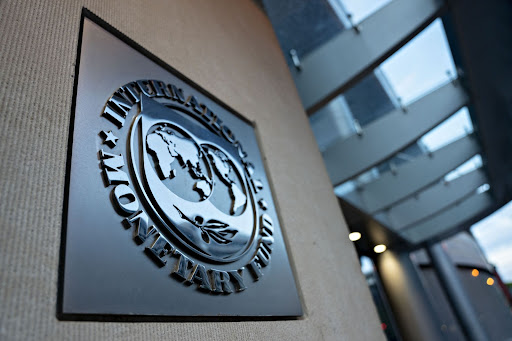 Tanzania is seeking at least $700m from the IMF as it adjusts its borrowing strategy to take on more concessional loans and reduce the risk of debt distress, President Samia Suluhu Hassan says.

The move is part of Hassan’s wider plan to boost Tanzania’s fiscal position, after the IMF in September raised the East African nation’s risk of debt distress to moderate from low. The government ramped up commercial borrowings in the past few years to fund infrastructure projects, including about $1.5bn from Standard Chartered to help fund construction of a new railroad.

“We have redirected the loan programme,” Hassan said. “I am looking for concession, not for commercials.” An agreement with the IMF hasn’t been reached yet, Hassan said.

Increased borrowings amid the pandemic even as tourism revenue, which accounts for about a quarter of Tanzania’s GDP, plunged led to a jump in the nation’s debt level. If successful, the talks will result in the nation’s first IMF policy-reform funding programme in a decade. The institution’s disbursement of about $570m for Tanzania in 2021 was under the emergency lending provision for recovery from the coronavirus pandemic.

Cheaper loans, increased private investment and a rebound of economic growth is expected to boost government revenue and reduce the debt burden, according to Hassan. “In the coming two years, we will be able to get out of the distressed position,” she said.

The government expects the $62.4bn economy to expand 7% and above by 2025, finance minister Mwigulu Nchemba said in a separate interview in the capital, Dodoma.

The risk of debt distress was raised partly because recent borrowing showed a higher ratio of commercial to concessional debt, according to IMF resident representative for Tanzania Jens Reinke. “Tanzania’s debt is, however, sustainable,” Reinke said in an interview.

The ongoing engagement with the IMF is seen as a shift from former president John Magufuli’s rule, when the government had strained relations with international financial institutions and private investors. Hassan, who was vice-president, took over in March 2021 after Magufuli died in office.

“The government requested the programme to improve the economic performance. It is not a programme that they seek to address a calamity,” Reinke said. “We may reach an informal agreement about going ahead within months.”

Tanzania’s economy avoided a recession, which points to its resilience during the pandemic, according to Reinke. “The new government has pointed to the right direction with regard to policies, but we would encourage not only faster but also more thorough, deeper reforms.”

Tanzania is also in discussion with the Export-Import Bank of India and China for concessional funding for projects in sectors including water and sanitation, aviation as well as developing railroads, Hassan said without giving further details.

The government is seeking a credit rating as part of its plans to sell the Tanzanian story among investors and increase capital inflows. Hassan is, however, not keen on selling Eurobonds yet because of the associated financial risks.

“We are doing the credit rating, but not for Eurobonds.”

Africa needs to develop counter-frames in a manner that accentuates the positives.
Opinion
4 months ago

US imposes sanctions on businessman, firms tied to illicit exports of DRC gold

Sanctions imposed on Belgian businessman Alain Goetz , African Gold Refinery in Uganda, which he operates, and several other firms he owns or controls
World
5 months ago
Next Article