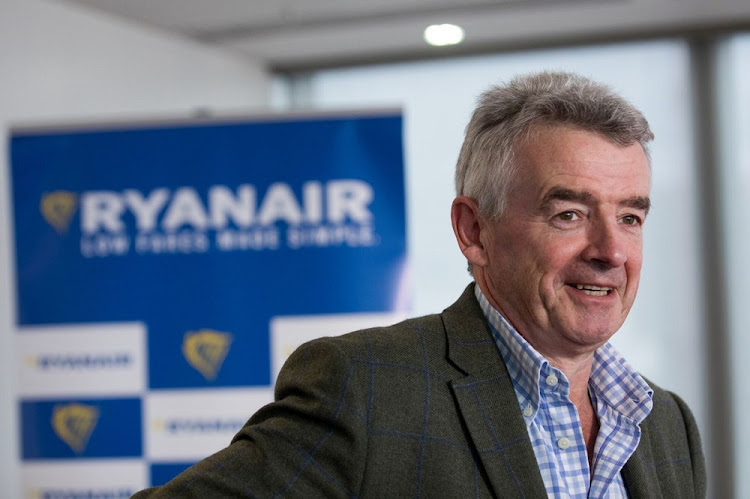 Ryanair is targeting at least €1bn in profit for the coming year as pent-up demand buoys summer sales and a strong hedging position helps protect against the higher price of jet fuel.

Europe’s biggest discount airline expects to return to profitability and reach a goal of carrying 165-million passengers in the 12 months from April 1, provided there is no big coronavirus flare-up and disruption from the war in Ukraine is contained, CEO Michael O’Leary said on Thursday in Brussels.

“We’d be disappointed if we don’t do somewhere north of a billion in profits in the next 12 months,” O’Leary said in an interview on the fringes of an Airlines for Europe trade group meeting. “A lot of that is driven by advantageous fuel hedging. But it all depends on how strong the recovery is this summer.”

Ryanair is 80% hedged at $63 a barrel on its jet-fuel requirements through next March, helping it to keep down prices even as competitors are forced to raise fares in response to the spiralling cost of crude. The Dublin-based carrier will deploy 65 more jetliners this summer after taking deliveries from Boeing, taking the total to 515, and plans to open up 250 new routes.

“As you move into May, June, July, August, school holidays across Europe, we’re seeing very strong demand patterns, both in volumes and pricing,” O’Leary said. Families are especially eager to travel after the pandemic, despite tighter household budgets, the CEO told Bloomberg Television earlier.

Ryanair’s projected performance would take it back to levels of profitability achieved before the coronavirus crisis upended global travel. The Dublin-based carrier posted a profit after tax of €885m in fiscal 2020.

Still, O’Leary cautioned that the pace of the recovery from two years of lockdowns and travel curbs is vulnerable to further developments beyond the travel industry’s control.

Losses for the fiscal year just ending will be between €250m and €450m, he said.

“Will there be any negative news flow on Covid-19 or Ukraine? Forward bookings look strong, but it still remains fragile,” the CEO said, adding that demand for flights to Poland, Slovakia and Romania is down since Russia invaded Ukraine.

A sustained rise in oil prices could also start to blunt demand towards the end of the calendar year, though any concern over consumer spending would generally favour low-cost carriers like Ryanair, he said.

“If oil prices remain high, where we think things will get a bit scary will be next winter,” the CEO said. “You’ll have rising energy demand, European economies will be somewhat undermined by higher oil prices or concerns over energy supply, and we may be looking at the risk of a recession.”

CEO Michael O'Leary says families are especially eager to travel across Europe, despite any affects from Russia’s invasion of Ukraine, higher crude-oil prices or broader inflation across economies.

O’Leary said he expects 85%-90% of pre-Covid-19 routes to be restored across the European airline industry. Deutsche Lufthansa CEO Carsten Spohr said at the A4E meeting that the German carrier will have more routes than before the pandemic, though with fewer frequencies.

Speaking on the sidelines of the event, easyJet CEO Johan Lundgren said the UK-based discounter’s capacity should be restored close to 2019 levels by the end of summer.

EasyJet will take eight more Airbus SE A320neo jets this year to swell its fleet, followed by seven next year, according to Lundgren. He said the carrier does not need an acquisition or partner, after last year rejecting a takeover bid understood to have come from Wizz Air Holdings.

TUI, Europe’s biggest tour operator, said on Wednesday that summer bookings had improved to 80% of 2019 levels in recent weeks, above 70% in February.

TUI, which mainly carriers Britons and Germans to Mediterranean sunspots, said it expects a “good” summer 2022 season, and was confident enough to confirm the repayment of €700m of bailout funds.

O’Leary said Ryanair has held no talks with Boeing on a follow-on order for 737 Max jets, though there’s a prospect for resumed negotiations “if the pricing point makes sense”.

Ryanair shares advanced 1.8% on Wednesday in Dublin. easyJet rose 2.5%, while Lufthansa was little changed amid a drop in oil prices tied to a US plan to release reserves.

John Fraser and the airline CEO dine at the Westcliff Hotel in Johannesburg and talk all things Covid, safety and cheese
Life
4 months ago

Largest theft in the history of commercial civil aviation about to occur, says academic
Companies
4 months ago

Kulula users whose flights were cancelled can now get a refund, but face a long wait

On Monday, Comair announced its about-turn by means of a tweet on its Kulula account
National
4 months ago