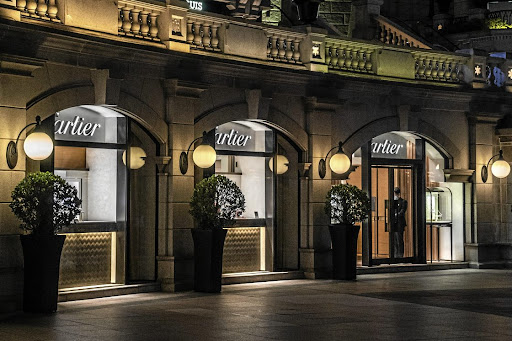 Richemont, the maker of Cartier jewellery, and Pandora are leaving the Responsible Jewellery Council (RJC) in protest over the trade group’s openness to business in Russia.

Richemont and all its brands, which include Van Cleef & Arpels, have left the trade group, which was set up in 2005 to promote sustainable jewellery amid controversies such as blood diamonds. Danish jewellery maker Pandora also said on Wednesday it’s withdrawing after having been a member for 12 years.

“It is not part of Richemont values to be part of an organisation that includes members supporting wars,” Cartier CEO Cyrille Vigneron told journalists on Wednesday in Geneva. “The RJC has lost its very purpose.”

The Responsible Jewellery Council has almost 1,500 members, including LVMH’s Tiffany & Co and Russian diamond producer Alrosa, according to its website.

“Pandora cannot in good faith be a member of an association that does not share our values,” CEO Alexander Lacik said in a statement.

The controversy is growing over gems from Russia, which supplies a third of the world’s diamonds. Tiffany said last week it will stop buying new diamonds mined there as pressure builds on companies to cut Russian products from their supply chains.

Alrosa stepped down from the position of the RJCl’s vice-chair earlier this month, temporarily leaving the board of directors. The UK imposed sanctions on the company last week.

Retailers face challenges tracking Russian diamonds, especially smaller and cheaper stones. Before smaller gems are sold to jewellers, they’re often sorted based on size and quality, with no tracking numbers assigned to individual diamonds. Many diamonds are sent to countries such as India to be cut and polished.

Pandora said it suspended all business with Russia and Belarus on February 24, the day Russia invaded Ukraine. The company has also told suppliers that none of its raw materials, products or services can come from those countries.

Richemont continues to pay its 350 employees in Russia, as well as rent on stores. More than two-thirds of those workers are with Cartier. The company also stopped buying diamonds from Russia on February 24, according to Richemont CEO  Jerome Lambert.

Richemont had been purchasing a significant portion of diamonds from Russia, though there are enough other sources to replace them, executives said. “It will create some disruption,” Lambert said.

The company declined to comment on any potential asset seizures in Russia after the government warned several companies about that possibility.