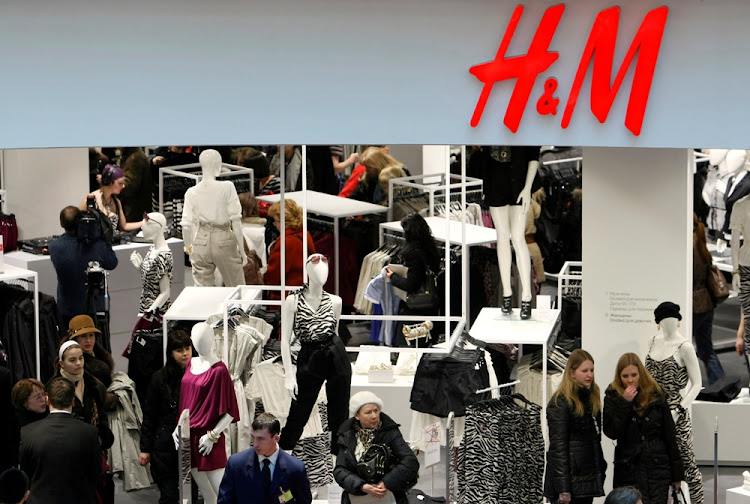 Stockholm — Sweden’s H&M is seen swinging back to profit in its December-February quarter as the effects of the Covid-19 pandemic ease, but the closure of its Russian stores and the economic fallout from the war in Ukraine have made the company’s outlook more uncertain.

Analysts polled by Refinitiv on average expect the world’s second-biggest fashion retailer to report a pretax profit of 1.04-billion kronor ($112.2m) for its first quarter on Thursday. Sales were up 23% year on year, H&M has reported, but down 11% from two years earlier, before the pandemic.

In the year-ago period, when nearly half of stores closed due to the second wave of the pandemic, H&M made a 1.39-billion kronor loss. Two years ago, it made a 2.5-billion kronor profit.

Alongside many other companies reacting to Russia’s invasion of Ukraine in late February, H&M said on March 2 that it would temporarily close its stores in Russia, expressing concerns about the “tragic developments in Ukraine”.

Some companies, such as brewer Carlsberg, have decided to exit Russia permanently, while the Kremlin has threatened to seize assets of companies that pull out.

Russia was H&M’s sixth-biggest market with 4% of sales in the fourth quarter of 2021. While the group is reducing its store count overall, it has been increasing its number of stores in Russia, to 170 at the end of November.

Analysts have been lowering full-year earnings estimates for H&M recently.

“For H&M we could see further downside risk to estimates if H&M decides to pull out of Russia/Ukraine permanently due to the conflict there, or this leads to further upwards pressure on inflation and commodity prices,” RBC analysts said in a note.

H&M’s sales halt in Russia follows a sharp drop in demand in China over the past year, related to concerns the group has expressed about workers’ rights in the cotton-growing province of Xinjiang. China had accounted for about 4% of H&M’s sales.

Competitor and market leader Inditex, the owner of Zara, grew sales 33% year on year, and 21% from the same period in 2019, in the six weeks from February 1.

Earlier in March, H&M temporarily closed its stores in Russia, which accounted for 4% of group sales last quarter
Companies
3 months ago