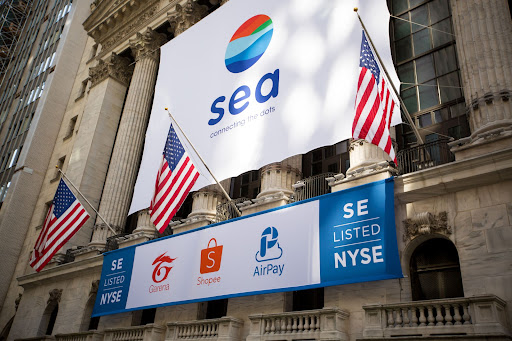 Sea is shutting its main e-commerce operation in India just months after its October launch, blaming “market uncertainties” for scuppering one of its more promising overseas endeavours.

It will shut Shopee India from Tuesday, but will continue to handle orders placed before then and support local merchants during the transition. Its other global operations remain unaffected, Shopee said in a statement. Sea’s American depositary receipts were down less than 1% as the market opened in New York on Monday.

The shutdown is another setback for Singapore-based Sea, which has lost two-thirds or more than $130bn of its value since an October peak as investors scrutinised its growth prospects. An exit from the e-commerce market of India, a country of about 1.3-billion people, became more likely after its government targeted Sea’s gaming unit, its other main arm.

“India has probably proved to be more trouble than it’s worth given policy unpredictability,” said Angus Mackintosh, founder of CrossASEAN Research, in a note published on Smartkarma. Still, the Indian business was growing rapidly, with users hitting 12-million in March compared with 1-million in October, he said.

Sea emphasised in its statement that its decision to withdraw was because of “global market uncertainties”, rather than political factors.

Sea went public in 2017 and quickly became the most valuable company in Southeast Asia, based on its potential to expand its offering of gaming, e-commerce and financial services beyond its home turf. New Delhi’s decision in February to ban Free Fire highlighted Sea’s challenges from geopolitical tensions as well as mounting competition from rivals like Alibaba’s Lazada.

India has banned hundreds of Chinese apps over the past two years, but the expansion of that policy to Sea took management and investors by surprise. The start-up was founded by Forrest Li, who was born in China but is now a Singaporean citizen. Sea, which counts Chinese social media giant Tencent as its biggest shareholder, has said the Delhi government’s actions introduced a new layer of uncertainty to its business. Shopee had about 300 employees and 20,000 local sellers in India in December.

Nathan Naidu, an analyst at Bloomberg Intelligence in Hong Kong, said the India shutdown wouldl let Sea shift marketing and research spending towards Latin America and alleviate challenges caused by tensions between India and China. India isn’t “material” to Shopee’s sales, while Brazil accounted for 4.4% in the fourth quarter, he said.

Early in March, Sea said Shopee would focus on Southeast Asia, Taiwan and Brazil, and announced the online-shopping arm’s exit from France just months after launching its maiden foray into Europe.

The Confederation of All India Traders, a group of brick-and-mortar retailers, said it welcomed Shopee’s exit from India. “It’s good that saner counsel has prevailed upon Shopee and its parent company,” it said in a statement.

EDITORIAL: Naspers’s tie-up with Tencent is a volatile bet

EDITORIAL: Naspers’s tie-up with Tencent is a volatile bet