Tiffany is the second major US-based jeweller to eschew the world’s top supplier of the gems, following a similar move by Signet Jewelers 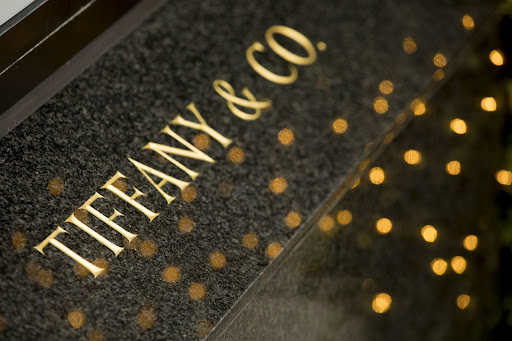 Tiffany says it will stop buying new diamonds mined in Russia as pressure builds on companies to cut Russian products from their supply chains.

Tiffany is the second major US-based jeweller to eschew the world’s top supplier of the gems. Tiffany’s restrictions, which it detailed in a statement set to be released on Friday, are similar to those put in place earlier this month by Signet Jewelers, the owner of Zales and Kay Jewelers.

The companies’ bans apply only to newly mined gems, meaning Russian diamonds will still be available in their stores for at least several months as the chains sell the jewellery they already had before Russia’s war on Ukraine began.

The restrictions announced by Tiffany and Signet mean that, in theory, the companies aren’t adding recently mined Russian diamonds to their existing stock of gems. In practice, though, both are still likely to buy diamonds that were mined in Russia before the war and that were already being cut, polished or manufactured by the companies’ suppliers in other countries, a process that normally takes a minimum of three months.

Both retailers will likely face challenges tracking Russian diamonds, especially smaller and cheaper stones. Before smaller gems are sold to jewellers, they’re often sorted based on size and quality, with no tracking numbers assigned to individual diamonds. Tiffany, owned by LVMH, is likely to have an easier time certifying the origins of the bigger, high-quality diamonds it sells, however, since such gems are often traced throughout the supply chain because of their value.

The bans by Tiffany and Signet will raise the stakes on other brands to follow suit, especially other jewellery companies owned by Paris-based LVMH. The world’s largest luxury company also owns Bulgari and TAG Heuer. An LVMH spokesperson didn’t respond to a request for comment outside normal European business hours.

The restrictions on diamonds from Russia, which supplies nearly one-third of the world’s volume, come as American consumers buy a record number of the gems. This year Signet and other jewellers expect 2.5-million weddings in the US, the greatest number in four decades, as pandemic delays start to abate.

In its statement, Tiffany said its ban applies to diamonds that were mined in Russia as of March 21. The company didn’t say why it had selected that cut-off date.

Tiffany said it has paused the sourcing of diamonds from Russia that are individually registered and 0.18 carat and above. For smaller stones, which are harder to track, Tiffany said, “we have taken the extra step of instructing our suppliers to stop buying Russian rough stones on our behalf” and to separate Russian and non-Russian so-called melee diamonds from now on.

Signet’s order to its suppliers to avoid buying new Russian diamonds applies to goods purchased after February 24, the day of the invasion. San Francisco-based Brilliant Earth Group stopped selling any diamonds that originated in Russia on February 25, regardless of whether they were mined before or after the war began.

“Brilliant Earth believes consumers will not tolerate any Russian-mined diamonds,” CEO Beth Gerstein said in a statement. “We promptly removed them from our website.”

The restrictions by Brilliant Earth, Tiffany and Signet go beyond a decree earlier this month by the Biden administration, which banned the import of rough diamonds, meaning gems that haven’t been cut or polished.