Uber to feature New York yellow taxis on its app 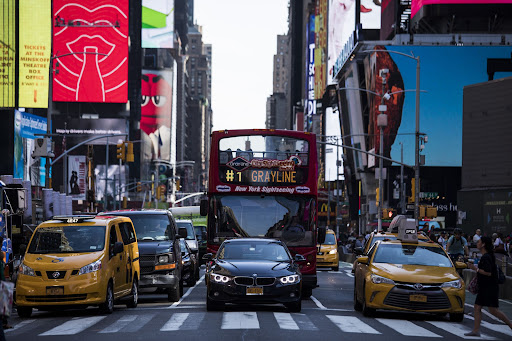 Uber Technologies will list New York’s yellow taxis on its app, the first alliance of its kind in the US and an effort to ease a driver shortage and pressure on fares. Uber’s shares jumped 5%.

The ride-hailing giant reached a deal with the New York City Taxi & Limousine Commission’s technology partners, Creative Mobile Technologies and Curb Mobility, the companies said in separate statements. Their apps, Curb and Arro, power the vast majority of the city’s yellow taxis and will now allow riders to book trips in taxis through the Uber app.

The partnership will be piloted in the spring and roll out more widely in the summer. Uber rose to $34.73 as the market opened in New York on Thursday.

“This is a real win for drivers — no longer do they have to worry about finding a fare during off peak times or getting a street hail back to Manhattan when in the outer boroughs,” said Guy Peterson, Uber’s director of business development. “And this is a real win for riders who will now have access to thousands of yellow taxis in the Uber app.”

Uber and rival Lyft have been struggling with a driver shortage that has pushed up fares and wait times for customers. Surging fuel prices in the US have squeezed drivers’ earnings, causing some to reconsider working on the apps. Uber said it hasn’t seen a decrease in the number of active drivers on the platform since fuel prices have surged and has more drivers on the app in the US now than at any point during the pandemic.

The partnership could help Uber boost supply and reduce wait times, which “could increase its slice of the ride-sharing market vs rival Lyft”, Bloomberg Intelligence analyst Mandeep Singh wrote in a note.

Taxis will be offered to Uber customers at the same price as an UberX for the same ride. Prices may be lower or higher than a metered taxi fare, depending on any surge that may be in effect, said Jason Gross, vice-president, head of mobile, at Curb. Drivers will also be able to see fares before accepting a ride, he said.

Uber already has partnerships with taxi companies in other countries, from Spain to Colombia. In some markets, such as Hong Kong and Turkey. taxis represent the company’s primary market.