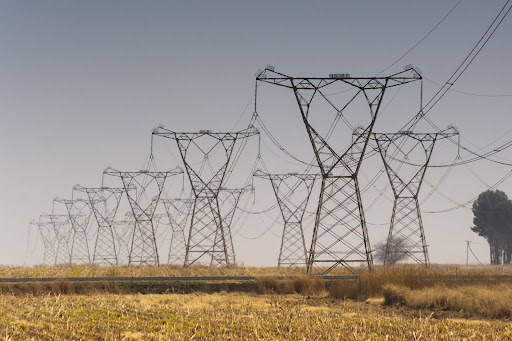 A court hearing on Tuesday will determine whether SA can move forward with a project to top up its energy capacity after a year of record power blackouts. The ruling will also be critical for the businessperson who blocked the plan with his lawsuit.

The country’s efforts to add power capacity with an emergency programme ground to a halt when Aldworth Mbalati’s DNG group of companies sued the government, alleging corruption in the award of a contract. DNG, which has UK politician Peter Hain on its board and, according to Mbalati, counts Helios Investment Partners among its backers, lost the case in the High Court in January. It applied to appeal, a decision on which will determine whether the project will be stalled further.

For Mbalati’s DNG, the court ruling would come as it finds itself bogged down by mounting financial woes, according to executives who’ve quit his company. DNG’s bids for the biggest piece of the 2,000MW power deal had been an attempt at bolstering its fortunes after some failed projects. DNG was beaten by Turkish rival Karpowership, whose lower bid offered to supply 1,220MW of power to the SA government from plants that could generate revenue of R216bn over 20 years.

In court documents, the government said DNG’s bid was deficient, a view supported by High Court Judge Joseph Raulinga, who said in his ruling that “the demonstrable reason for DNG’s unsuccessful bids was because it failed to meet a myriad” of qualification criteria.

The IPP said that Mbalati’s company couldn’t prove it owned the land on which it planned to build power plants and couldn’t show it had a supply of gas to run the plants. DNG’s lawsuit has meant related projects backed by Scatec, Acwa Power, TotalEnergies and Electricite de France were also halted as banks are reluctant to conclude financial arrangements while uncertainty hangs over the deals, according to bidders who asked not to be named.

“Banks remain risk averse about the DNG appeal,” said Peter Attard Montalto, head of capital markets research at Intellidex. “If the case is admitted to the roll it will delay financial close of the emergency power programme considerably further and push back the arrival of energy onto the grid maybe into 2024.”

Failure of the appeal would raise questions about what’s next for DNG — and Mbalati. Once dubbed a “visionary entrepreneur” by Southern Africa Shipping News, Mbalati finds himself heading a company that has not consistently paid salaries and suppliers for months, according to eight former employees and suppliers who asked not to be identified. At least five senior executives and officials have quit since July, they said, declining to be identified because the information isn’t public.

“All staff at the lower-to mid-level of employment have been paid in full, only senior management took a salary reduction or holiday,” lawyers for Mbalati and DNG, Larry Marks Attorneys, said in a written response to queries. “With regard to senior management, our client has entered into arrangements with same on taking salary reductions until Helios completes their contributions at which stage that reduction will be reversed.” On the staff exits, the lawyers said DNG’s cash flow has been impacted by the pandemic and some people have left “for various reasons — we can’t stop that.”

The lawyers said DNG’s cash-flow constraints are due to the “the depressed world market in the last two years and as a result of which Helios did not historically meet its obligations towards DNG in full”.

Helios didn’t respond to queries from Bloomberg about the claim by Mbalati’s lawyers that it hasn’t met its obligations to DNG. The investment firm said in a response to queries from Bloomberg this month that it’s not invested in DNG but in Access LNG, a company which provides “development support” to DNG. Access LNG, a joint venture between Helios and Gasfin Development, has worked with DNG, Karpowership and TotalEnergies, said Roland Fisher, Gasfin’s co-founder, declining to comment on whether it’s currently doing business with DNG.

Mbalati’s company has problems on other fronts, too. Its main industrial warehouse had its power cut off by its landlord, Man Energy Solutions, after a dispute about the payment of bills, according to court documents from DNG’s lawsuit against the company. Also, some suppliers for a 2021 launch of Mbalati’s LNG business at the world-famous Wanderers Cricket stadium haven’t had their bills settled, people familiar with the events said.

“Our client had a legitimate dispute with its landlord due to over invoicing which is a contractual dispute,” lawyers for Mbalati and DNG said. They also said that a “significant number of our clients’ suppliers have been paid in full and commercial arrangements are in place with the remainder.”

DNG board member Hain referred queries about the company’s challenges to Mbalati.

The company has suffered setbacks in the past. A government tender for gas-fired power plants was cancelled after Mbalati had assembled a team including Australian gas experts in 2015 to formulate bids. In 2019, he announced a plan for an 8,000 tonne LNG barge, currently described on DNG’s website as “the largest vessel by weight to ever be built on the African continent.” The shipyard where it was supposed to be built said it cancelled the contract after delays. Mbalati and DNG’s lawyers said the plan has been deferred until 2024.

Now, the company needs to see if it’s power-project bid becomes another setback.

Court that dismissed a bidder’s challenge has already probed the issues, committee told
National
5 months ago

Despite the Risk Mitigation IPP Procurement Programme running behind schedule, it has been delayed again
Opinion
6 months ago
Next Article