US travellers shocked by rocketing airfares after pandemic bargains

Some experts believe the worst is yet to come 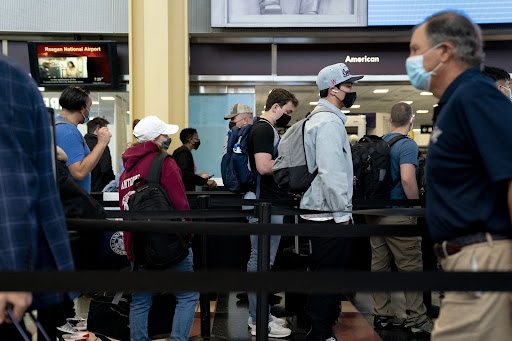 After two years of a pandemic, all many Americans wanted to do was take their long-delayed trips. Then flight prices surged.

The much-awaited easing of Covid-19 cases and restrictions is coinciding with a jump in jet-fuel costs, as Russia’s invasion of Ukraine prompted the US to ban imports of Russian crude and pushed oil prices as high as $130 a barrel. That, plus higher demand for trips, means airline-ticket costs are increasing for consumers, many of whom are already facing higher prices in areas such as groceries, gas and rent payments.

And since some airlines lock in the price of jet fuel months in advance, experts say the worst is yet to come.

Being able to purchase affordable plane tickets is hardly a matter of life and death. But how consumers respond to the hikes does have significant implications for the US economy and could imperil the travel industry, which is still recovering from the pandemic’s precipitous drop in demand. Paying more for big-ticket items such as plane trips also has an outsized effect on the wallets of everyday people.

Katie Heubner, a 44-year-old teacher in Iowa, was shocked at the cost of rebooking a European vacation originally scheduled for 2020. In celebration of her 25th wedding anniversary and her parents’ 50th wedding anniversary, a group of seven family members initially planned to fly business class to Barcelona — costing about $15,000 — and then embark on a cruise.

After having to reschedule several times due to Covid-19 outbreaks, Heubner needed to use her voucher for her flights before it expired. The cost now for the Barcelona flights on Lufthansa? The entire voucher, plus $9,000 extra per ticket.

“I was like, ‘That is just ridiculous,’” she said. “When they told us that, my husband and I both gasped on the phone.”

They decided to bump the tickets down to economy, which still cost them an extra $1,600 in total after using their voucher.

Some are even cutting planned flights to deal with it. Alaska Air is reducing trips by as much as 5% in the first half of the year, and Allegiant Air will cut second-quarter capacity 5%-10%. Jet fuel makes up about 20%-25% of airlines’ annual operating expenses, Bloomberg Intelligence data shows.

Flight prices were increasing even before Russia’s invasion of Ukraine threw the oil market into chaos, thanks to the rebound in demand. Now, domestic flights in the US are currently averaging around $300, up 36% from the beginning of this year and back in line with 2019 numbers, according to Hopper, a travel search engine.

“Flight prices have been low for the last two years as carriers have used low fares to compete for bookings,” said Hugh Aitken, vice-president of flights at travel-booking site Skyscanner. “However, over the last few months, robust demand for US domestic travel has allowed airlines to price airfares closer to prepandemic levels in order to return to profitability.”

In December, Cortney Skinner in Norfolk, Virginia was researching the price of plane tickets to Colombia for a trip with her friends. They were about $400 each at the time, so the group made their arrangements for a July trip. Then, when she went back to book the tickets last week, she saw they had risen to about $800.

They considered just cancelling the trip, but now are going to wait to see if prices go down — an admittedly risky move. “I am totally worried about it going even higher,” the 28-year-old said. “Everyday, I watch the ticket prices like it’s the stock market.”

The most surprising part to many travellers is how quickly prices can change, especially for those used to cheaper pandemic fares.

Katherine Morgan, a 28-year-old in Portland, Oregon, was researching tickets to Arkansas for a wedding at the end of March, and saw they were about $600 each last week. Now, they are almost $1,000 each.

“It’s going to be my whole pay cheque almost going to plane tickets,” she said. “It was frustrating and then you hate yourself for not buying sooner.”

Some are planning to lock in prices while they can, worried that fares will only increase from here.

Yoshiko Green, a licensed counsellor based in Richmond, Virginia, has taken numerous vacations to Los Angeles to relax on its warm, sunny beaches. She booked a flight for as low as $180 in 2020 and bought a ticket for $224 earlier in 2022.

Then the 47-year-old and nine family members planned to go on a group trip to the City of Angels in August. But the flights she has been watching have gone up as much as $200 in the past month. With tickets ranging from $360 to $600 per traveller, she is worried they may have to cancel the trip altogether.

“I need to hurry up and book those tickets soon before these gas prices go up and tickets become so expensive that we won’t be able to travel,” Green said.

That is exactly what Daniel Finkel at travel management company TripActions recommends, since most of the shock from Russia’s invasion of Ukraine has not shown up in ticket prices yet.

“Book now, book early and book as soon as you can,” Finkel said.

Finkel said there typically is a three-month lag between a jump in fuel prices and an increase in flight costs. But as airlines grew accustomed to adjusting prices quickly in response to different Covid-19 variants, Hopper economist Adit Damodaran predicts that the lag time may be shorter this time around. In other words, travellers may begin to see rising fuel costs reflected in airfares sooner than expected.

“We’ve moved past the demand that surfaced as we exited the Omicron wave. Price increases at this point are attributable to jet fuel,” Damodaran said.

Scott Keyes, founder of Scott’s Cheap Flights, described a “Goldilocks” window for booking flights — one to three months ahead of domestic trips, and two to eight months before international ones.

“The past two years lulled people into the sense that they can get cheap last-minute flights,” he said. “That’s not the case in normal times.”

Bloomberg  News. More stories this are available on bloomberg.com

Since the invasion began on February 24, oil prices have increased by about $30 a barrel
News
2 months ago
Next Article