Fans and investors are flocking to the SpaceX launch site area, bringing opportunity and angst for locals 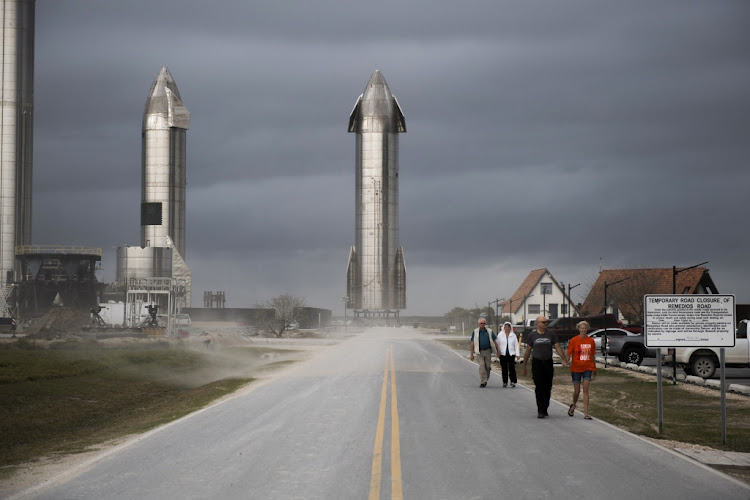 Evan Wood routinely receives text messages from strangers asking if he wants to sell his South Padre Island condominium, which has a direct view of Elon Musk’s Texas spaceport 9.6km to the south. “There’s no way I would even consider it,” said Wood, a software engineer and space enthusiast based outside Austin. To him, it’s “mind-blowing” to see what Musk’s SpaceX is doing at its launch site near the Gulf of Mexico.

Over in Brownsville, the first semblance of civilisation you hit when exiting the barren 32km road from SpaceX’s Starbase, similar tales are common. Bruno Zavaleta, a local real estate agent, had one client drive 16 hours from Atlanta and snap up two properties in cash the day he arrived. That buyer is now under contract for two more homes that are being built in a development called Palo Alto Groves, which touts its location as “home of Elon Musk’s SpaceX Control Center”.

These types of things didn’t used to happen in Cameron County, affectionately referred to as the 956 (its area code) by locals, which has the kinds of small towns where everyone knows everyone, one in four people lives in poverty and children often grow up to leave and never come back. Now money and people are pouring into the Texas border region, thanks to the world’s richest man and his promise of a space revolution.

SpaceX has been in the area for years. But the craze really intensified, as these things do with Musk, after a tweet: “Please consider moving to Starbase or greater Brownsville/South Padre area in Texas,” Musk wrote in March 2021 to his millions of followers, 10 minutes before he promised $10m to Brownsville’s downtown revitalisation and $20m to its Cameron County schools. 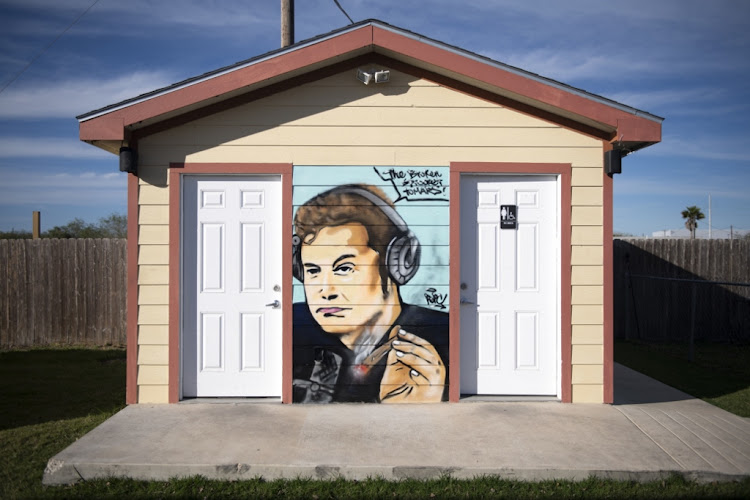 A mural of Elon Musk at The Broken Sprocket food truck park and bar in Brownsville. Picture: BLOOMBERG/ MARK FELIX

Almost a year later, the Cameron County economy has been transformed by Musk supporters, space junkies and investors betting on his name. Zavaleta says it was that tweet that spurred his client to jump in his car and buy Brownsville houses. The city — located on the Mexico border, with a $39,000 median household income — has a new identity as the “gateway to Mars”. Some locals are embracing the opportunity. Others are protesting the influx of wealth, fearing that the future of the area doesn’t include them.

“Overnight our market went nuts,” said Laurie Howell, a real estate agent in the South Padre area who sold Wood his condominium. “One tweet — it changed everything.”

So goes the power of Musk, the rare billionaire whose fame and mystique are untethered to his net worth (now at $216bn, according to the Bloomberg billionaires index). He tweets, and 77-million people listen — many of them diehard fans, and others who are simply aware of his ability to move markets and act accordingly. When Musk tweets a picture of a Shiba Inu, someone buys cryptocurrency based on the dog breed. When Musk tweets that people should move to Brownsville, someone drives 16 hours to South Texas and buys four homes.

Across Cameron County, the Musk effect has been profound. New businesses are given names such as Launchpad Crossing and The Moon Rock; existing spots are flaunting portraits of Musk and spaceships on merchandise, or creating products such as a 2kg “SpaceX burger” that’s “out of this world”. The local schools are tailoring children’s educations to the billionaire’s interests — spaceships, electric cars and solar energy —  to create a “pipeline of skilled workers” for his companies, said Juan Chavez, director of the career and technical education programme for Brownsville schools.

Aerospace-related companies such as flying car company Paragon VTOL, the Space Channel and venture capital firm Spaced Ventures are moving to the area. “It’s like we’re going from the Flintstones to the Jetsons,” said Felipe Romero, director of communications and marketing for Brownsville, the county’s largest city.

Musk is becoming an outsize presence across Texas, moving to a home near SpaceX’s Boca Chica site and bringing Tesla’s headquarters to Austin. Outside the city, he’s building a Gigafactory that’s 23% larger than the US Pentagon, and plans to eventually employ more than 20,000 people to build Tesla’s Model Y and Cybertruck. That growth is contributing to a boom in Austin, where legions of tech workers are pouring in to take advantage of new jobs and cheaper real estate than places such as Silicon Valley.

But Brownsville, population 187,000, is quite different from the bustling state capital. It’s one of the poorest places in the country, with its quiet downtown marked by rundown thrift shops, empty storefronts, and now, two colourful murals funded by Musk. Almost 94% of residents are Hispanic or Latino, and until SpaceX broke ground in the area in 2014, its economy was almost exclusively characterised by its port and cross-border activity.

Tensions have flared in the past few weeks alone. In late February, one of the Musk murals was vandalised with the words “gentrified” and “stop SpaceX”. It was the culmination of months of complaints about the bright pink painting because, people said, it doesn’t reflect Brownsville culture and it was done by a Los Angeles artist instead of a local. Mayor Juan “Trey” Mendez, who has posted pictures of himself smiling with Musk on social media, was criticised for putting a mug shot of the woman arrested for the graffiti on his Facebook page and noting her opposition to SpaceX. 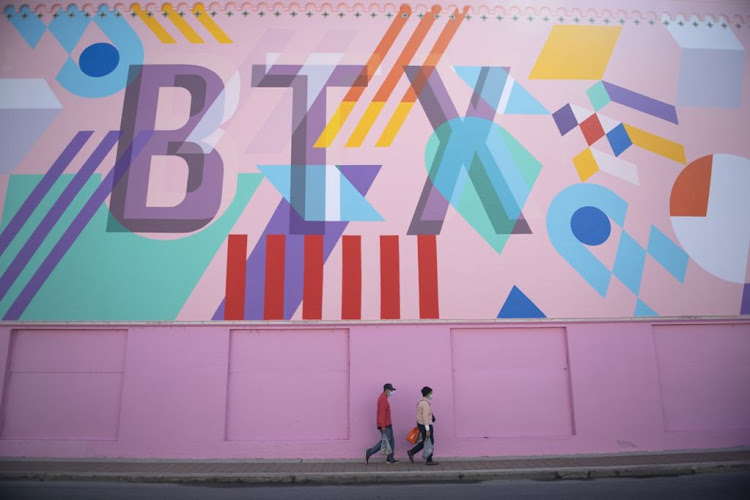 The success of Cameron County’s great pivot largely hinges on the success of SpaceX, which has, in Musk’s own words, a “genuine risk of bankruptcy”. The billionaire held an event at Starbase in February with much fanfare, telling a crowd that he expected Starship to be ready for a launch in “a couple of months”. The 120m-tall spacecraft that Musk envisions will one day carry people to Mars provided a dramatic backdrop.

Real estate investors are betting that once the rocket succeeds, tourists will flock to watch the blast offs — and they will need a place to stay. Then there are the SpaceX employees who moved to the region. Howell, the South Padre area agent, said her client base has partially switched from second-home-buying “Winter Texans” to 20- and 30-somethings buying houses for the first time because they’re going to work for the company.

The median price of a home in Brownsville soared 21% to $185,000 in 2021, according to the local board of realtors. In South Padre Island, it was a 29% increase to $330,000. Even with the sharp jumps, those values are still low compared with the national median house price of $350,000, and are particularly inexpensive for the types of people investing in the region.

For many residents, though, that price point is out of reach. In 2019, Ramiro Gonzalez was looking and says he was overwhelmed with options in his $200,000 price range. Gonzalez, a registered nurse who lives with his parents, son, brother and niece in a one-storey home near the airport, said he put off buying a place of his own because he didn’t expect the market to change so dramatically. 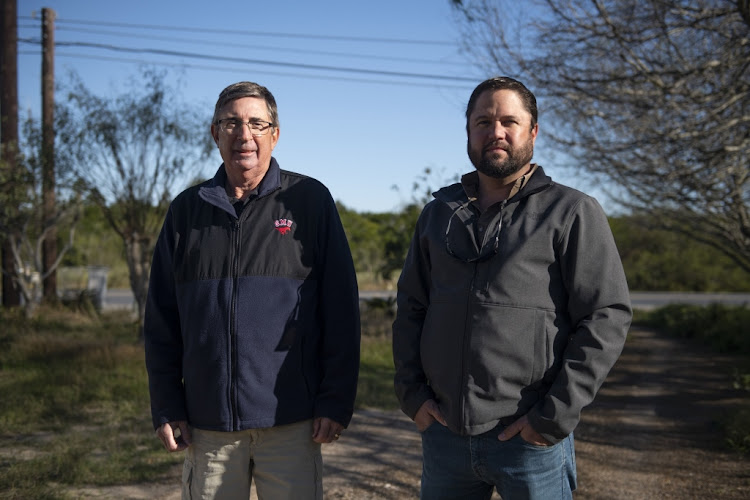 Larry Hodgson and his brother Mark Hodgson, right, on their land that will be developed into ‘Launchpad Crossing’, an 8ha commercial park in Brownsville. Picture: BLOOMBERG/MARK FELIX

“Now I can’t because it’s so expensive,” said Gonzalez, adding that now the types of homes he was looking at are going for $350,000 and there are hardly any on the market.

Howell’s brother Larry Hodgson is hoping to capitalise on some of that demand for hotel space and has partnered with local developer Katherine Zeigler to build “Launchpad Crossing”, an 8ha commercial park that will include a convenience store and fuel station, restaurants, retail shops and one or two hotels. Hodgson said his nephew, who helps clear SpaceX debris following launches, has been in touch with the company’s travel and lodging team and they told him, “‘Build it and we’ll fill it.’” 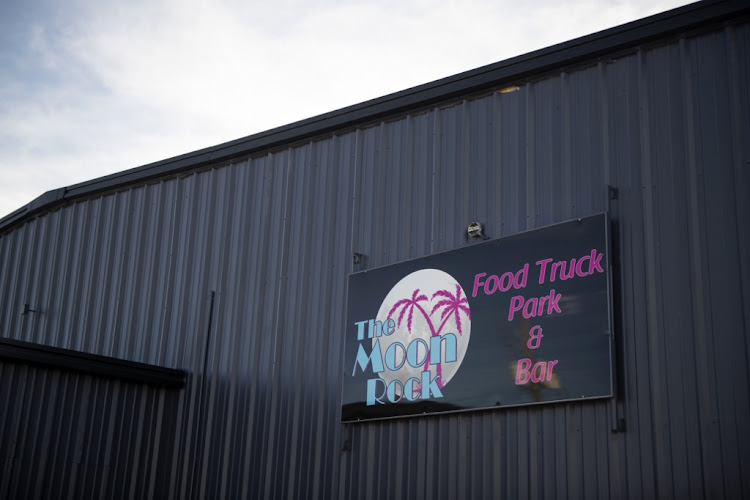 Despite SpaceX’s effect on the local economy, there’s little sign of the new employees. Unlike in other instances of techies invading small towns, crowding their coffee shops and trashing their nature trails, SpaceX employees haven’t had the same effect on Cameron County. Outside Starbase’s campus, which is insular, they are not all that visible. “They’re too busy working,” said Howell, laughing.

It’s also unclear just how many SpaceX employees there are in Cameron County. Helen Ramirez, deputy city manager of Brownsville, estimates about 2,000 jobs, with many of them being filled by locals. It seems everyone in the city knows someone who knows someone who works at the company. SpaceX has more than 70 job listings on its website in Brownsville, from engineers to a human resources manager, sous chef and barista.

Christian Zanca, a 27-year-old Cameron County native, said it is the opportunities for locals that are so exciting. He co-owns a food truck park and bar, Broken Sprocket, which features murals paying homage to the nearby spaceport, including one of Musk smoking marijuana, a scene from his famous cameo on the Joe Rogan Experience.

Zanca is starting a new food truck park, Moon Rock, because of the Sprocket’s success, which he credits to patronage of SpaceX employees.

He hopes the company will create opportunities for local children. “We’ve never really had anything besides the Port of Brownsville and agriculture going on,” Zanca said. “If it wasn’t maritime, it was agriculture and if it wasn’t that, you were leaving to get out.”

Others are more sceptical that SpaceX’s presence will benefit locals and not just wealthy outsiders. The controversy surrounding the vandalised Brownsville mural led to a demonstration on February 27 over the space-ification of the city.

“SpaceX will provide opportunities,” said Alexfaith Larios, an organiser of the protest. “It’s just not the kinds of opportunities for the people who live in Brownsville.”

More terminals are on the way, tweets mogul in reply to Deputy Prime Minister Mykhailo Fedorov’s entreaty
News
2 months ago

Lunch with Glenn Silverman: Putin, spinach and the half-ironman

MICHAEL FRIDJHON: The many options in the making of a chardonnay

Lunch with Glenn Silverman: Putin, spinach and the half-ironman

MICHAEL FRIDJHON: The many options in the making of a chardonnay