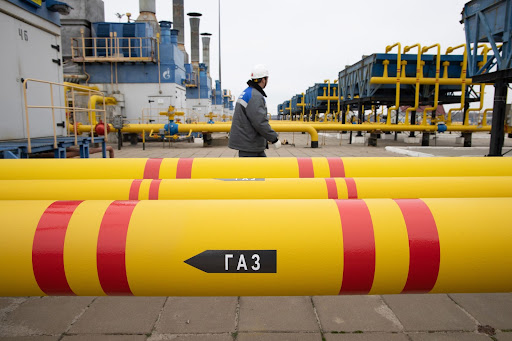 “We have stopped activities with Russian companies. The only business we still have is contracts already in place,” RWE CEO Markus Krebber said in a press conference. “Suspending energy imports would have massive consequences.”

The utility won’t sign any new energy supply contracts and will terminate all non-energy business with Russian companies with immediate effect, it said in a presentation Tuesday.

The company also supports the German government’s efforts to reduce Berlin’s dependence on Russian oil and gas and could bring back as much as 3.5GW of coal-power capacity if requested to do so, according to Krebber.

Companies are quickly retreating from Russia as the war in Ukraine continues and governments ramp up sanctions in a bid to squeeze Moscow’s economy.

Some of Europe’s biggest firms, including Shell  and BP have announced plans to exit their business interests in Russia, though completely disconnecting from energy deals may take some time. Uniper, another German energy supplier, has also said it won’t sign new long-term contracts with the country, but will continue to receive fuel under its existing deals.

“We are working on identifying RWE power stations which can provide additional backup capacity,” Krebber said in the company’s annual report. “We are also playing our part in diversifying the supply of natural gas.”

RWE has a long-term supply deal with Russian gas giant Gazprom, which it has the option to renegotiate “depending on market conditions during price reviews, should it remain effective”, the utility said in a statement.

RWE expects the German government to decide in the next few weeks how it will increase security of energy supplies, including operating some coal plants for longer. The company is reviewing which power plants already taken out of the grid or that are earmarked for decommissioning could be transferred into a reserve. The 300MW Neurath-C facility, that was decommissioned at the end of 2021, is under consideration, as well as about 1,500MW of capacity scheduled to be taken offline in 2022 and other sites on “security standby” totalling about 900MW.

Germany, which relies on Russia for more than half its gas, sees the invasion of Ukraine as a catalyst to address its long-standing energy-dependence on Moscow.

Chancellor Olaf Scholz has vowed to bolster the nation’s gas and coal storage facilities to reduce its exposure to any potential supply disruptions. The government has also promised incentives for new liquefied natural gas infrastructure and is pushing for faster expansion of renewables.

“Even though security of supply is the centre of attention at the moment, the medium- and long-term vision for energy policy remains unchanged,” said Krebber. “Expanding renewables and ramping up the hydrogen economy are more important than ever.”

Unless RWE “actually starts to show some real action preparing the separation of lignite, RWE will not attain a status of being a sustainable and responsible energy company”, said Benedikt Kormaier, MD of activist investor Enkraft Capital, which holds more than 500,000 shares in the German utility.

The request by the German government to keep coal plants open for longer could upset Enkraft, which has been pushing for a split of RWE’s lignite business. Still, Goldman Sachs says a later-than-expected coal phase-out doesn’t necessary imply a delay in the separation of the lignite business.

The disclosure that Caterpillar continues to use Russia as a transit route shows how dependent the EU and China are on shipping routes that traverse ...
News
3 months ago

EU to adopt tighter sanctions on Russian oil firms, but no import ban

Wholesale and retail prices surged last week to an all-time high, surpassing the peak set in 2008
Opinion
3 months ago
Next Article