Europe tightens up on ‘golden passports’ 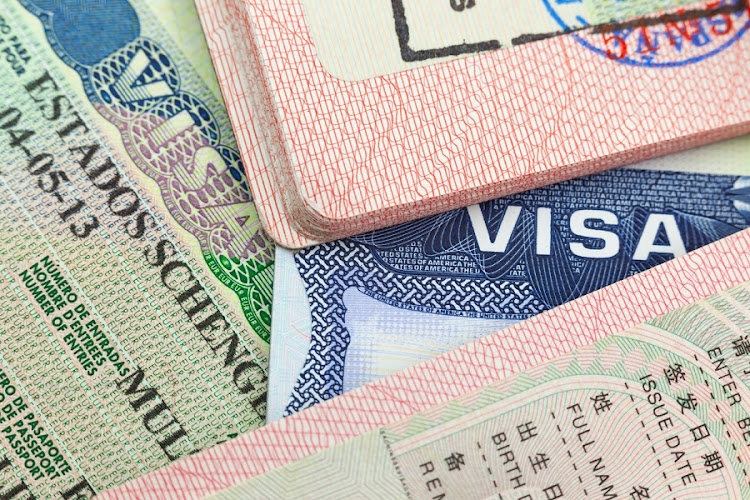 The war in Ukraine has cast a harsh spotlight on the yachts, jets and mansions owned by Russia’s wealthiest citizens around the world, but there’s another luxury good in high demand: passports.

In Europe over the last decade, as many as 4,000 Russians are estimated to have obtained so-called golden passports by investing more than €3bn in property or other assets, according to European parliament research.

But the tide appears to have turned after Russia’s invasion of Ukraine. Portugal, Greece and the Czech Republic halted the issuance of visas to Russian nationals, and the UK scrapped its investor visa programme entirely. Bulgaria in February proposed a bill to ban golden passports, potentially leaving Malta as the only member state still offering them.

The so-called investment migration industry has proven lucrative for Europe, where participating member states cashed in as much as €21bn between 2011 and 2019, according to the parliament.

Demand showed few signs of slowing down during the pandemic: Spain in January granted 14 “golden visas” to Russian individuals, more than the total number of permits awarded by the Netherlands.

Wealthy individuals from many other countries have also participated, including from China, Pakistan and the US.

The vast majority of these passport-seekers are believed to be law-abiding people of means, and certainly not all are billionaires. In the case of Russians, they now face being targeted for more scrutiny because of their nationality.

An Al Jazeera investigation into 2,500 applications in Cyprus found that 43 applicants, or 1.7%, had been convicted of a crime either before or after naturalisation. Cyprus ended its passport programme in 2020.

Without a standardised European application, such permits could once be had for as little as €127,000 in Bulgaria to as much as €1.2m in the Netherlands.

The process also varies greatly across countries: Ireland’s programme, which targets individuals worth at least €2m, requires that the investor be “a person of good character”. In Spain, visas are granted if authorities fail to resolve the application within 20 days of filing. The absence of uniformity feeds concerns that applicants who may pose a risk are drawn to countries seen as having the laxest due diligence.

Besides citizenship, there are other avenues by which investors can gain the right to live, work and travel freely in the EU. Now, 13 member states have “residency-by-investment” schemes, whereby wealthy individuals can obtain a residency visa by purchasing property, government bonds or other assets.

Now, with most European countries halting their remaining golden passport programmes, the European parliament voted on March 9 in favour of banning the practice. It also called for an EU-wide regulation on visas that includes stronger background checks and a minimum amount of time to be spent in the country for applicants.

Parliament member Sophia in ’t Veld, the rapporteur on the case, said many of the Russians who had obtained passports and visas were oligarchs with links to Vladimir Putin’s Kremlin.

“They escape sanctions merely by waving their nice EU passports,” she told the parliament in Strasbourg. Now the European Commission, the EU’s executive arm, is expected to propose laws to be applied across the union.

European legislators also want states to keep a tighter check on the middlemen that help visa applicants. These include law firms, banks, accountants, and real estate developers, who typically need professional accreditation, as well as consultants and service providers, which may not have specific due diligence obligations, said Maira Martini, a researcher at Berlin-based non-profit Transparency International.

“Those individuals that act as intermediaries in helping applicants to golden visas should be mandated to check clients and report to authorities if they see something suspicious,” Martini said.

Campaigners also want member states to review previously awarded visas and passports, like Cyprus did in 2019 after it was found that the country had granted citizenship to high-risk individuals including fugitive financier Jho Low. Cyprus pulled passports for 26 people and terminated its golden passport programme in 2020.

Those pushing for reform are also sounding the alarm about the risk posed by countries in the Caribbean offering citizenship — including Saint Kitts and Nevis, Saint Lucia, and Antigua and Barbuda — which typically come with visa-free access to Europe’s Schengen area as well.

Down the line, stricter rules will spell bad news for many countries.

“In Spain, especially the touristic areas, the main source of wealth and job creation is foreigners,” said Ricardo Bocanegra, a lawyer who has advised international clients in Marbella, a jet-set location on the Mediterranean, for four decades.

He said foreign investors not only buy homes, but a variety of local goods and services, generating wealth and employment.

“If foreigners disappeared from the Costa del Sol, we would have to be declared a disaster area,” says Bocanegra.