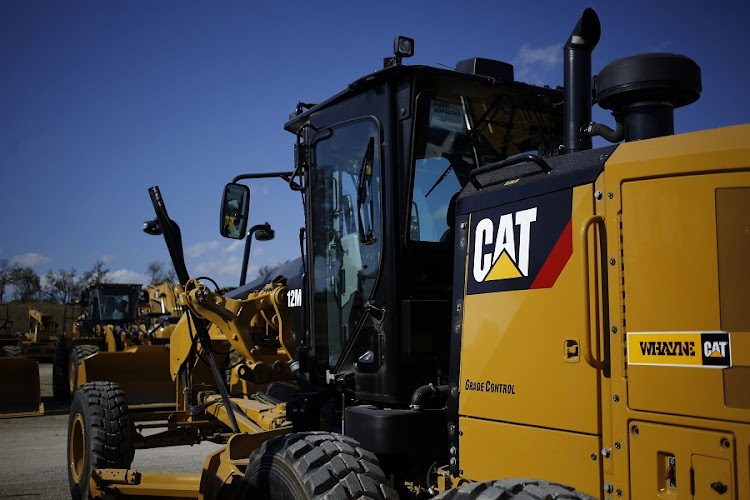 A Caterpillar 12M Grader on display in Lexington, Kentucky, the US. Picture: BLOOMBERG/LUKE SHARRETT

Caterpillar continues to use Russia as a supply-chain route, even after the company said it had suspended business with the country.

The construction machinery giant’s continued use of Russia for moving parts and equipment sheds new light on already-fragile global supply chains. It also shows how dependent the EU and China are on shipping routes that traverse Europe’s largest nation by land mass.

The producer’s ocean freight is being diverted to European ports, and European customs officials are then holding all that cargo destined for Russia for inspection, the document states. All air freight to Russia and Ukraine has been suspended.

The company said on March 9 that it suspended operations at its manufacturing plants in Russia. The company document, however, shows that shipping through the nation not only hasn’t ceased but acts as a vital supply line for the global machinery producer. 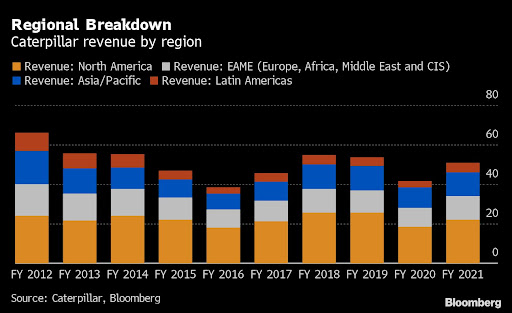 The company moves parts and finished machines between Europe and China through Russia. Most of that is done by rail, a person familiar with the matter said.

Caterpillar stopped shipping parts and machines to its dealerships throughout Ukraine as Russia invaded the nation, according to the person. For now, anything destined for Ukraine is being stored at a warehouse in Belgium, where Ukraine’s dealerships usually store overflow, the person said.

The revelation that Caterpillar continues to use Russia as a transit route is significant, considering that Caterpillar doesn’t normally give out a lot of detail about physical shipping of its goods in Europe, Asia or elsewhere.

The parts and machines affected are used in everything from construction to mining to oil and gas. One concern for the company, suppliers and investors is that Russia could cut rail and road access to US and European companies. Another worry is that tighter sanctions could force Caterpillar to use more costly and circuitous routes.

The global supply-chain crisis that arose in 2021 already forced Caterpillar to shift a significant amount of its ocean freight between Asia and Europe to rail freight, according to the person.

Caterpillar reported annual revenue of about $51bn in 2021, surging more than 20% from the prior year as economies reopened from the pandemic. In January, Andrew Bonfield, Caterpillar’s CFO, said that China represented about 5%-10% of sales.

The group generates less than 3% of its revenue in Russia, but now only expects growth of 2%-4% for 2022
Companies
5 months ago

The global reinsurer joins banks such as Deutsche, Goldman Sachs and JPMorgan Chase which have exited Russia following its invasion of Ukraine
Companies
5 months ago

Earlier in March, H&M temporarily closed its stores in Russia, which accounted for 4% of group sales last quarter
Companies
5 months ago