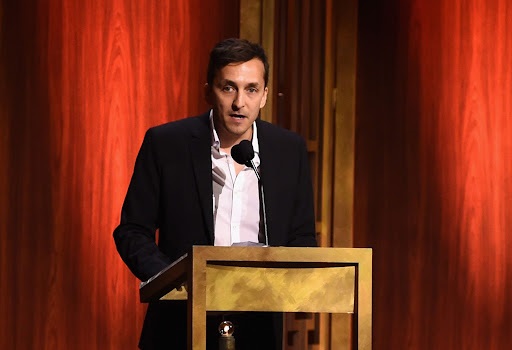 US  journalist and filmmaker Brent Renaud was shot and killed  on Sunday covering the war in Ukraine in what may be the first foreign journalist killed in the conflict, according to multiple media and government reports.

Renaud, 50, an award-winning filmmaker who had covered the wars in Iraq, Libya and Afghanistan, was shot in Irpin, north of the capital of Kyiv. A Colombian-American photographer, Juan Arredondo, who has contributed to the New York Times and National Geographic, was wounded. Reports said Russian forces fired on their car near a checkpoint, reportedly in the flashpoint town of Irpin, outside Kyiv. Arredondo is a World Press Photo winner.

The Kyiv region police chief, Andrei Nebitov, said in a statement: “The occupiers [Russians] are cynically killing even journalists of international media who are trying to show the truth about the atrocities of Russian troops in Ukraine.”

Renaud had been a regular contributor to the New York Times. Clifford Levy, deputy managing editor at the Times, tweeted that Renaud last worked for the newspaper in 2015.

Levy said: “Brent’s death is a terrible loss. Brave journalists like Brent take tremendous risks to bear witness and to tell the world about the devastation and suffering caused by Russia’s invasion of Ukraine.”

US President Joe Biden’s national security adviser, Jake Sullivan, said  on Sunday  the news that a US journalist in Ukraine was killed by Russians was “obviously shocking and horrifying....  It is one more example of the brutality of Vladimir Putin and his forces as they’ve targeted schools and mosques and hospitals and journalists.” He said he was asking questions about the incident.

The Committee to Protect Journalists called for the gunmen  to be brought to justice.

Earlier in March, Sky News correspondent Stuart Ramsay was shot in the lower back after his car was ambushed as he and other colleagues were driving back to Kyiv. Ramsay has since returned to the UK.  With Staff Writer

The 360 square-km facility less than 25km from the Polish border, is one Ukraine's biggest and the largest in the western part of the country
World
3 months ago

The Polish Border Guard says 1.5-million people have entered Poland from Ukraine since Russia began its invasion on February 24
World
3 months ago

Beijing, a key trading partner of Russia, has refused to call Russia’s attack an invasion but is seen as important to halting the onslaught
World
3 months ago