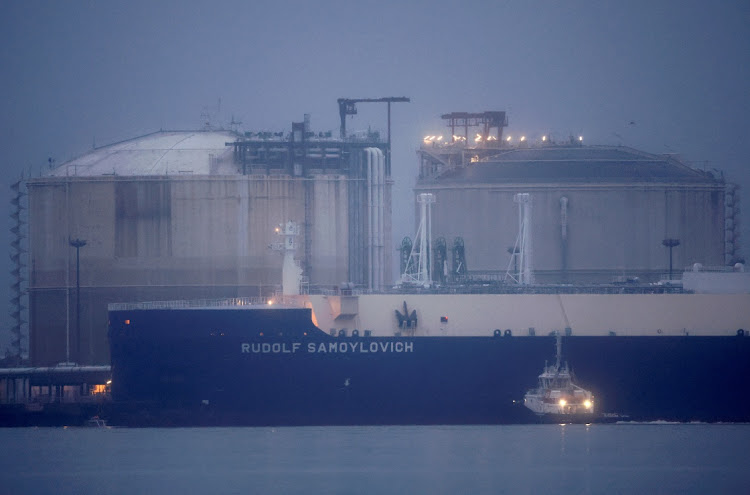 Europe's plan to punish Russia for its invasion of Ukraine by ending LNG purchases will have wide-ranging repercussions. Picture: REUTERS/Stephane Mahe

The liquefied natural gas (LNG) market is primed for a global supply scramble with far-reaching repercussions as Europe seeks to drastically reduce its imports from Russia over the Ukraine invasion.

Russia pumps enough gas into Europe every day to cover a third of the continent’s consumption. To replace most of that supply by the end of the year, the bloc has drawn  up a plan that requires new sources of LNG nearly equivalent to annual deliveries to South Korea, the market’s third-largest buyer.

“This would place huge upward pressure on LNG spot prices, as Europe essentially fights with Asian countries over who will avoid destroying demand,” said Saul Kavonic, an energy analyst at Credit Suisse Group. “It’s very inefficient to see Australia LNG cargoes head to Europe, but that could happen now as most of the rule book for energy markets has been thrown out the window.”

The fallout from the upheaval could be dramatic, with higher prices and energy supply shortages straining Asian economies, crimping profits and saddling consumers with sky-high electricity bills. Emerging countries that are less able to pay lofty prices, such as India and Pakistan, stand to suffer the most.

Spot prices of the heating and power plant fuel jumped to a record this week, with the North Asia LNG spot price benchmark reaching nearly $85 per million British thermal units, according to S&P Global Platts. Previously, prices rarely topped $50. While oil’s rally has captivated markets, the increase for gas is even more dramatic — with prices surging to the equivalent of more than $600/barrel.

Global natural gas supplies were already tight heading into 2022 due to a lack of new export projects and a post-pandemic rebound in demand. As tensions over Ukraine heated up, North Asia, home to the world’s top LNG buyers, moved to secure supply via long-term contracts, according to traders in the region. The EU’s plan to curb Russian supplies by two-thirds by the end of the year will accelerate Asia’s effort, they said.

Meg O’Neill, CEO of Woodside Petroleum, which last year approved a $12bn (R180bn) project in Australia aimed at boosting exports for at least two decades, said: “The world is going to have some sober reflection on the pathway to diversify energy supply, and will look to countries like the US and Australia to see how they can support like-minded countries in providing their energy.”

The desired increase in European LNG imports means that global demand will grow nearly 10% this year. But producers have limited ability to boost supply in the short term. Plus, roughly 65% of the world’s LNG supply is already tied up in long-term contracts, leaving just a sliver for Europe to tap.

Suppliers in the US, Africa and the Middle East will be best placed to send more shipments to Europe, but at the expense of deliveries to Asia, according to Nikos Tsafos, an energy specialist at  the Center for Strategic and International Studies in Washington DC.

Europe’s LNG imports surged to a record earlier this year as traders diverted supply from the US and other regions to take advantage of more attractive prices. That won’t be able to continue for much longer, as buyers in Japan and China will soon need to refill inventories drained over the winter.

“Europe will need to bid these cargoes away from Asia,” Tsafos said. “But what does a bidding war look like when spot prices are already above $50? I have no idea.”

Higher LNG prices and potential shortages mean utilities in countries such as Japan, South Korea and Pakistan — which rely on imported gas to generate a large chunk of electricity — will shift to dirtier alternatives, including coal and fuel oil. The impact on climate change could be severe, and complicate work to meet goals set during the COP26 climate summit in November last year.

“This will pose a challenge particularly in Asian markets — like in Europe — where gas is seen as a transitional fuel,” said Tom Marzec-Manser, head of gas analytics at commodities researcher ICIS in London. “This mean transition goals may be delayed and become more expensive.”

Perhaps far worse for these governments will be the surging power bills for households and businesses, which will could reduce consumer spending and threaten economic recoveries.

China, the world’s top LNG buyer, faces a squeeze on companies’ profits and consumer spending power, as well as slower demand for its exports — complicating Beijing’s effort to stabilise a slowing economy.

The Ukraine war and resulting fuel costs mean that Japan, the world’s second-largest LNG importer, needs about $80bn in aid to shore up its fragile economy, according to an economic adviser to former premier Shinzo Abe.

Higher LNG prices and potential shortages mean utilities in countries such as Japan, South Korea and Pakistan — which rely on imported gas to generate a large chunk of electricity — will shift to dirtier alternatives

Higher prices “shift the debate on Japanese energy security in ways not anticipated even six months ago”, said Tobias Harris, senior fellow for Asia at the Center for American Progress think-tank.

Governments in North Asia and Europe may be able to work together to ensure their nations receive enough supplies. Still, Europe’s plan to boost LNG imports will come at the cost of demand destruction in the emerging world. The biggest losers are likely to be nations in South Asia, which are much more price sensitive and are unable to procure spot cargoes at current rates.

India is particularly exposed, with LNG imports unlikely to grow in 2022 as importers shun expensive spot cargoes, according to ICIS. Higher fuel prices are eating into disposable incomes of consumers, in an economy that has yet to fully start spending after the pandemic.

“In the best case, this means burning more oil and coal,” said Tsafos. “In the worst, it’s electricity rationing.”