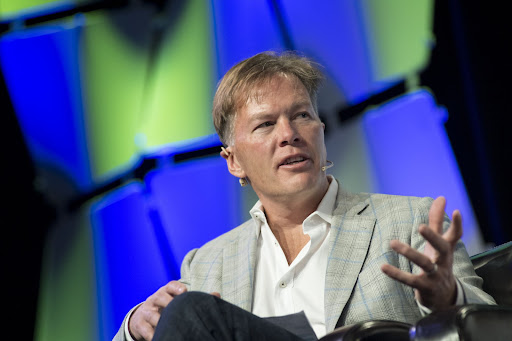 Some of bitcoin’s more vocal advocates — long known for big pronouncements — are highlighting the cryptocurrency’s virtuous characteristics as the price slump persists.

Twitter is awash with hyperbolic posts about how the cryptocurrency is likely to be the biggest beneficiary from moves by countries to impose sanctions on Russia, something they say strengthens the case for the asset, which operates independent of any government. Crypto evangelists, seeing Russia’s rouble lose its value overnight, say the world is in the process of learning that bitcoin and other digital assets will ultimately reign supreme.

Posts predict people worldwide will come to see bitcoin as the only thing they can trust amid harsh government moves, while others argued it is “the only monetary asset ever”. Some laud its recent declines, saying bitcoin at about $40,000 — and down about 40% from its November record high — is a bargain.

“This is a really interesting test for it in terms of as the rouble just implodes, will people start to turn even more to bitcoin in other countries,” JJ Kinahan, chief market strategist at TD Ameritrade, said.

Bitcoin is stateless money, neutral by design. Bitcoin’s utility is most apparent when it is most needed

Strategists and crypto investors have been debating bitcoin’s sanctuary status amid Russia’s invasion of Ukraine that initially caused prices to surge on speculation that sanctions and a collapsing rouble would drive Russians into the asset class. Prices have come back down since then, partly over the concern cryptocurrencies could be a vehicle for skirting those sanctions, though many analysts argue that would be difficult to do.

“Bitcoin is stateless money, neutral by design,” wrote Dan Morehead, CEO and co-chief investment officer of Pantera, this week. “Bitcoin’s utility is most apparent when it is most needed.” He added that “blockchain is helping to save lives” and cited a recent outpouring of crypto donations for Ukraine.

Bitcoin was born in a moment of crisis — it debuted, amid the 2008 global financial crash, as an alternative currency that exists outside traditional monetary systems. Governments can’t destroy it nor can they create more of it. And only a limited supply of it exists. Though detractors say it’s mainly used for speculation, backers argue its other use cases — including the idea that it’s a store of value — are now being vividly displayed. Still, many market watchers say it could take some time still before crypto really shakes up the system.

“It was a big move higher as the shock and awe of Russia’s developments shook up the markets, but it’s still going to take time for bitcoin and cryptocurrencies to establish themselves as a viable alternative to fiat,” said Anastasia Amoroso, chief investment strategist at iCapital.

Although evasion of sanctions using cryptocurrencies is harder to detect in the first place, once detected they are fully traceable, an EU official ...
World
2 months ago

Even though it initially rallied after the US and its allies moved to implement strict sanctions on Russia after that country’s invasion of Ukraine, it’s still down more than 15% year to date. That was acclaimed on Twitter, with crypto fans arguing that now is a good time to buy.

Cryptocurrencies have an avid fan base. Its users praise it as a method of payment, a hedge against inflation, an asset useful for retail and institutional investors alike. Up until recently, they had been seeing huge run-ups in prices, with bitcoin gaining 305% in 2020 and 60% more in 2021.

Some are now trying to envision what a move away from the US dollar as the world’s reserve currency might look like. Russian citizens, fleeing the rouble, might have turned to cryptocurrencies instead. “It was a very clear and simple beautiful use case of how much more effective blockchain-based currency is,” said Robert Cantwell, a portfolio manager at Upholdings.

In this extract from ‘Beyond Bitcoin’, the authors see something transformative happening in banking
Life
2 months ago

Through his project ‘Currency’, the artist has conceived a batch of works that could theoretically function as a currency unto itself
Life
10 months ago

Wanted Online: Five art exhibitions to catch before they close

Wanted Online: Five art exhibitions to catch before they close