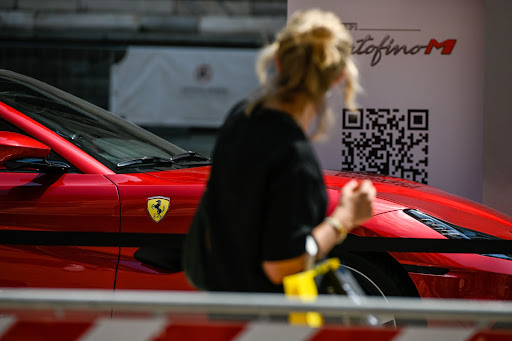 The Italian marque, beloved by the world’s ultra-rich, has stopped building cars for the Russian market and has pledged to donate €1m to Ukraine relief. Picture: BLOOMBERG

Ferrari is adding its name to the list of carmakers suspending production for customers in Russia in response to its invasion of Ukraine.

“Given the ongoing situation, Ferrari has taken the decision to suspend the production of vehicles for the Russian market until further notice,” the carmaker said on March 8. The decision came a week after executives told journalists at a media launch in Seville, Spain, they were closely monitoring the situation and had yet to determine how to respond.

Ferrari, which has two out of its 172 worldwide dealerships located in Russia, sent fewer than 100 vehicles there out of roughly 11,000 global deliveries in 2021.

The 75-year-old company is one of the final automotive brands to halt shipments to or idle plants in Russia. Volkswagen, BMW, General Motors, Ford Motor, Toyota Motor, Harley-Davidson, Volvo and Daimler Truck Holding have all announced they have stopped business activities there.

“We are convinced that a sustainable solution to the conflict can only take place on the basis of international law,” Porsche spokesperson Marcus Kabel said on March 9. Porsche, as part of Volkswagen, has also ceased business there — as have fellow subsidiaries Lamborghini and Bentley. “The degree of impact on our business activities in the affected countries is continuously determined by experts in a task force team.”

Many manufacturers that have stopped production are also facing supply chain and other challenges with far-reaching consequences.

In the past weeks French carmaker Renault lost more than a third of its market value as Russia reeled from strict economic sanctions. Renault, which relies on Russia for about 10% of its revenue, suspended production at its Moscow assembly plant on  March 9 until March 18. Russia is the second-biggest market for Renault.

VW, which delivered 216,000 vehicles including Porsches, Lamborghinis and Bentleys to Russia in 2021, marking 2.4% of its global sales, has even been forced to stop production across some of its brands even outside Russia, including halting portions of Porsche production in Europe.

“The company will be forced to suspend Taycan production in Stuttgart-Zuffenhausen from [March 9] initially until the end of next week,” Kabel said. “Production in the now-closed Porsche plant in Leipzig will start again in reduced operation in the coming week, due to an improved supply situation.”

Ferrari executives said they would donate €1m to support displaced Ukrainians. The funds will work in conjunction with the Red Cross and UN High Commissioner for Refugees to fund international humanitarian projects as well as local initiatives focusing on the reception of refugees in Italy, they said.

Daimler, GM and Harley-Davidson among those shunning Russia over Ukraine invasion
Life
4 months ago