Three weeks into the conflict the company shutters stores in Russia and Ukraine, saying it will continue to pay its employees there 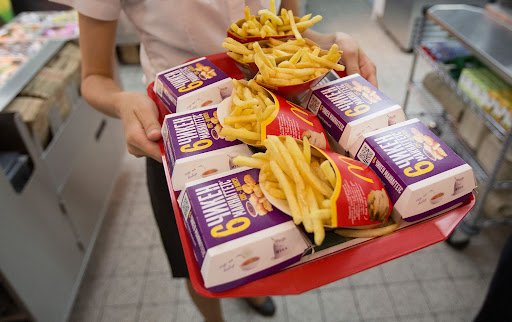 The company will continue paying its 62,000 employees in Russia, McDonald’s said in a letter on Tuesday from CEO  Chris Kempczinski. McDonald’s has also temporarily closed its 100 locations in Ukraine and continues to pay its employees there.

“As we move forward, McDonald’s will continue to assess the situation and determine if any additional measures are required. At this juncture, it’s impossible to predict when we might be able to reopen our restaurants in Russia,” Kempczinski said. “We are experiencing disruptions to our supply chain along with other operational impacts. We will also closely monitor the humanitarian situation.”

European and US companies are increasingly pausing operations in Russia after its invasion, which has resulted in civilian deaths, hardship and a refugee crisis. Unlike many restaurant peers, which franchise in Russia, the majority of McDonald’s locations in the country are owned and operated directly by the company. This means the situation for McDonald’s is more complex, as it has to consider the day-to-day business of running a restaurant.

The suspension of operations marks a reversal for the burger company that’s become a face of globalised business. With its 1990 arrival in Moscow, which was then part of the Soviet Union, the company became a powerful symbol in the ascent of capitalism over communism. A reported 30,000 people lined up at the restaurant on its first day of operations.

Today, while only about 2% of all McDonald’s restaurants are in Russia or Ukraine, they account for about 9% of global revenue, mostly due to the fact that the majority are directly owned and operated by McDonald’s.

However, Cowen  analyst Andrew Charles said last week that the exposure to Russia and Ukraine is “immaterial” to McDonald’s despite the large chunk of revenue. That’s because the countries account for less than 3% of operating profit, or $311m of the $10.4bn in operating profit that McDonald’s reported last year.

The Associated Press earlier reported the action from McDonald’s.