Germany, the Netherlands and others don't support request to grant Ukraine ‘candidate status’ either 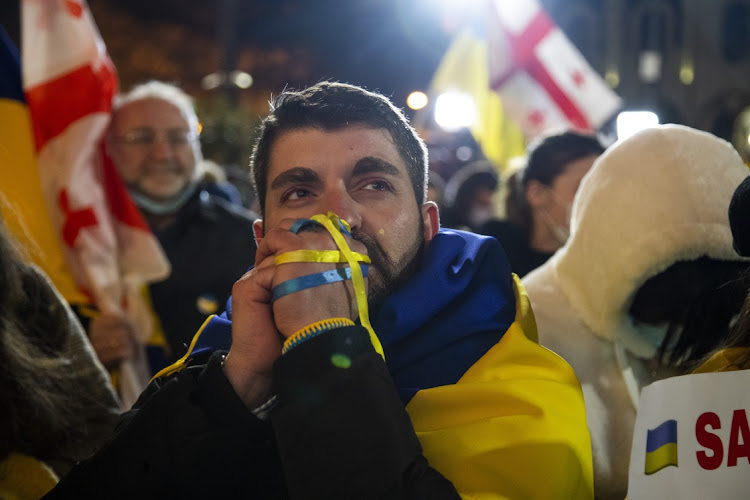 Several western EU countries are pushing back against calls for the bloc to grant Ukraine so-called candidate status this week, a first step on the long road to EU membership, according to several diplomats.

Germany, the Netherlands and others first want the EU’s executive arm to deliver its opinion on Ukraine’s readiness for the membership process before taking a political decision, said the diplomats, describing private discussions taking place ahead of a summit in France this week. Those countries want to focus on delivering practical support to Ukraine and ending the war rather than embarking on a process that could take at least a decade, one of the diplomats said.

Countries in favour of the proposal argue that it would be symbolically important for EU leaders to put their weight behind Ukraine’s bid, even if the actual membership process itself remains long and complicated.

Ukrainian President Volodymyr Zelensky formally applied to join the EU at the end of February and nine member states from central and Eastern Europe, led by Poland and the three Baltic nations, have publicly called on the bloc to grant Ukraine candidate status and start the accession process. 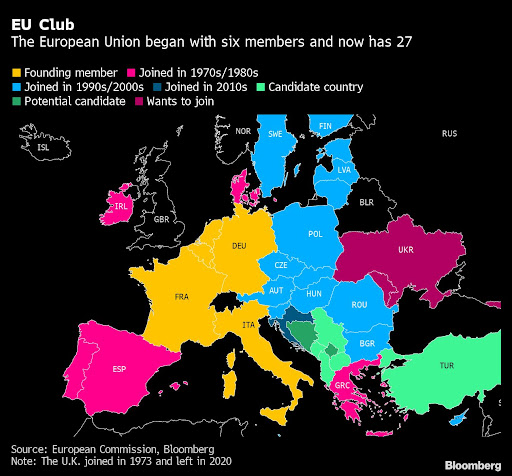 Bids by Georgia and Moldova are also under discussion.

EU leaders are due to discuss Ukraine’s request when they meet over two days near Paris starting Thursday.

The leaders could decide to back Ukraine’s candidate status and start the long process of negotiating full membership, they could buy time by punting the issue to the European Commission, or they could find a compromise position, such as recognising that Ukraine has a long-term relationship with the EU without formally backing its candidate status.

“There is still a long path ahead. We have to end this war. And we should talk about the next steps,” commission president Ursula von der Leyen said last week to the European parliament. “But nobody can doubt that a people that stands up so bravely for our European values belongs in our European family.”

Leaders at the summit may ask the commission to provide an opinion on Ukraine’s candidacy faster than usual, in a show of political support for Kyiv, EU diplomats said. The process usually lasts between 15 and 18 months.

But even coming up with an opinion would be a fraught undertaking amid an invasion, as it involves the commission sending a lengthy list of questions to the government, and dispatching fact-finding missions to the country.

A diplomat from one of the countries opposed to making Ukraine a candidate said their government was wary of offering false expectations and Kyiv isn’t ready to begin the formal accession process. Some countries in Western Europe are concerned about further expansion after long-running disputes over the rule of law with newer members such as Hungary and Poland, as well as how other long-standing candidates in the Balkans would view a preferential approach for Ukraine.

Gaining EU membership is an arduous process requiring dozens of criteria to be met — from the rule of law to judicial reforms — and can take more than a decade. Croatia was the last country to join the bloc and its application lasted 10 years before it was formally accepted in 2013. Starting the process requires the unanimous approval of all EU member states, the European Commission and the European parliament.

Russia backs talks with IAEA on protections for nuclear facilities, but not at Chernobyl, after second facility hit in Ukraine
News
5 months ago

You can talk war in Ukraine with Armscor’s Phillip Dexter, just don’t marry him
Opinion
5 months ago
Next Article