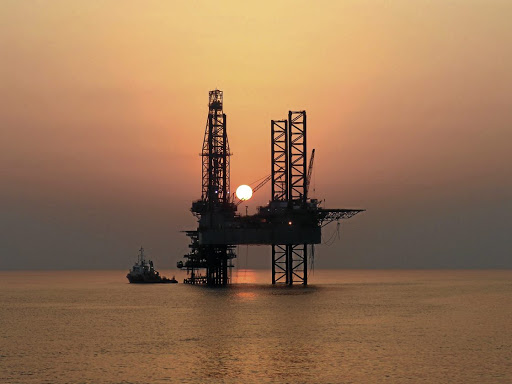 There’s a paradox haunting threats to cut off imports of Russia’s oil to punish it for its invasion of Ukraine: the more markets take the threat seriously, the more valuable its most important export becomes. At least in theory.

The predicament was noted by Elina Ribakova, deputy chief economist at the Institute of International Finance, in a tweet early on Monday as benchmark Brent crude surged as much as 18% to $139 a barrel. The price jump came after US secretary of state Antony Blinken said the Biden administration and its allies were in talks about banning imports of Russian energy.

So far they haven’t done so, which means that if Russia can find enough buyers of its oil, it stands to benefit from higher energy prices caused by its invasion, even as other sanctions hit its economy hard and substantially reduce the living standards of its citizens. As Ribakova points out, higher oil prices could even compensate for some of the losses suffered by the Bank of Russia when the US and other countries seized an estimated 40% of its $640bn in reserves.

It’s a theoretical boost perspective right now because traders and shipowners have turned reluctant to deal with Russian oil cargoes at all, even without sanctions having been imposed. After days in which buyers balked at Russian oil, Shell on Friday bought a cargo of the nation’s flagship Urals grade — drawing public opprobrium — at a huge discount to international prices.

Even after Shell’s purchase, it is by no means certain the crude is trading and flowing freely, and it’s far from clear what volume Moscow is actually managing to place on international markets. Blinken told CNN’s State of the Union on Sunday that the Biden administration and its allies are discussing a ban, a move that could well cut volumes — and dramatically increase the discounts.

With the situation already looking like an oil embargo in all but name, Russia’s oil export volumes may drop regardless of prices on international markets, putting pressure on revenues. Especially with the sanctions threat being wielded. Data published next week on crude- and fuel-export duties for April will show how much oil producers have to pay to the budget, giving an early hint about the effect the war has had on oil-related income.

Russia’s invading forces have bombed targets in Kyiv, Kharkiv and elsewhere in Ukraine, prompting fears of rising civilian casualties and growing questions about whether the West could step up military, economic or other efforts to help. Joining Michael Avery is Bill Browder, CEO of Hermitage Capital Management and head of the Global Magnitsky Justice Campaign to discuss the damage of these sanctions.

Since the invasion began on February 24, oil prices have increased by about $30 a barrel. Under normal circumstances, that would translate into an extra $60bn for President Vladimir Putin’s war chest over the course of a year. If they rise to $150, as analysts at Goldman Sachs Group and elsewhere have predicted, the extra amount going to Kremlin coffers could theoretically increase to $100bn.

The oil and gas sectors have largely been excluded from sanctions due to concerns over the economic effect of eliminating a main supplier from the market during a global inflationary spike. But calls are growing for Washington to lead efforts to formally ban imports, which the US is better placed to do given its lower dependence on Russian supplies relative to other regions, including Europe.

As Democratic senator Dick Durbin of Illinois pointed out in a tweet on Sunday, the US could have an effect on Russia even by going it alone.

Crude from Russia represents “only 4% of our oil needs but 14% of Russian world exports”, Durbin said in a series of tweets announcing that he’d be cosponsoring a bipartisan bill to ban imports to the US. “We cannot let US dollars fund Putin’s devastating invasion of Ukraine.”

To take the sting out of an oil shock, central bank officials need to just sit back and wait for the crude market to rebalance
Opinion
5 months ago
Next Article