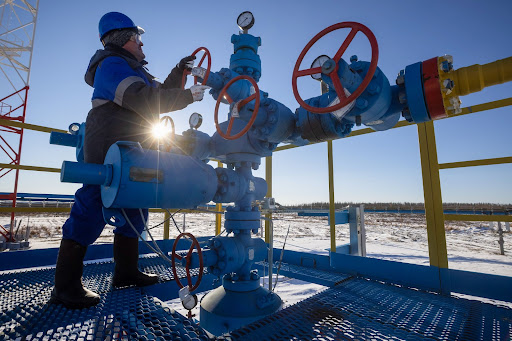 The US and its European allies are discussing a possible ban of Russian oil imports to tighten the economic squeeze on President Vladimir Putin over the war in Ukraine, US secretary of state Antony Blinken said at the weekend.

President Joe Biden’s administration, wary of pushing up energy prices for Americans, faced further pressure from Congress on Sunday to impose an embargo. Blinken, who said he discussed the matter with Biden on Saturday, said oil supplies would have to be ensured if such a measure were imposed.

“We are now in very active discussions with our European partners about banning the import of Russian oil to our countries while, of course, at the same time maintaining a steady global supply of oil,” Blinken, who held talks in Eastern Europe on Sunday, told NBC.

Discussions on the possible impact of a ban on US imports of Russian crude are taking place within the Biden administration and with the US oil and gas industry, people familiar with the matter said last week.

Democratic senator Joe Manchin, who’s in a bipartisan group of legislators backing a bill to impose the restriction, suggested Sunday that the US go it alone.

“I believe ... it’s basically foolish for us to keep buying products and giving profit and giving money to Putin to be able to use against the Ukrainian people,” Manchin said on NBC, pointing to what he said are untapped resources in the US energy sector. “So why wouldn’t we lead? Why wouldn’t we show the resolve we have?”

Russian oil made up about 3% of all the crude shipments that arrived in the US last year, US Energy Information Administration data show. US imports of Russian crude in 2022 have dropped to the slowest annual pace since 2017, according to the intelligence firm Kpler.

When other petroleum products — such as unfinished fuel oil that can be used to produce gasoline and diesel — are included, Russia accounted for about 8% of 2021 oil imports, though those shipments have also trended lower in recent months.

“I think there’s very strong bipartisan support to cut off Russian oil and gas sales to the US,” representative Adam Schiff, a California Democrat, told CBS.

Russia’s gas and oil have been mostly excluded from sanctions introduced by the US and European countries, due to concern over the economic impact, including Europe’s greater dependence on Russian oil and, in particular, natural gas.

“We are just discussing in the EU a strategic approach, a plan, how to accelerate the investment in the renewables, how to diversify our energy supply,” she told CNN on Sunday. That could include liquefied natural gas from the US and “other friends around the world” and investment in biogas and hydrogen, she said.

Efforts to target Russian oil revenues are a likely to be a balancing act with US midterm elections in November.

“I think the White House is open to this idea,” senator Chris Murphy, a Connecticut Democrat, said. “They just want to make sure that it’s done in a way that doesn’t dramatically increase prices for American consumers.”

“I just would much rather do it with the Europeans,” Murphy said.

Escalation of Russia’s war in Ukraine has caused geopolitical risks and is adding to already elevated inflationary concerns, says RBC Capital
Markets
5 months ago
Next Article