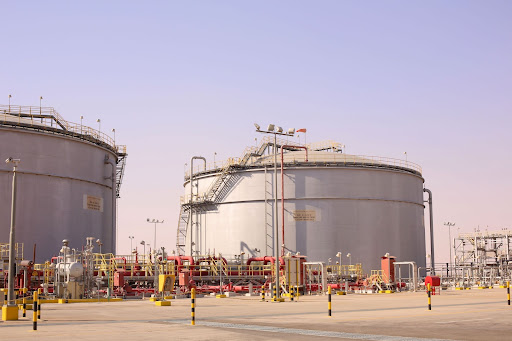 Saudi Arabia has raised oil prices for all regions after crude surged in the wake of Russia’s invasion of Ukraine to more than $115 a barrel.

State-controlled Saudi Aramco hiked its Arab light crude for next month’s shipments to Asia to $4.95 a barrel above the benchmark it uses. That is an increase of $2.15 a barrel from March and the highest premium for the main grade since Bloomberg started compiling data in 2000. The energy company had been expected to raise prices by $1.70, according to a survey of traders and refiners.

Aramco lifted other grades for Asia by as much as $2.70 a barrel. It raised all prices for US customers by $1, and those for northwest Europe by between $1.20 and $2.10. For the Mediterranean, pricing increased by as much as $2.

Oil is trading at its highest levels in nearly a decade as Russia’s attack upends markets from commodities to stocks and bonds. Many buyers are avoiding crude from Russia because of concerns they could breach sanctions, even though the US and Europe have avoided directly penalising Moscow’s energy exports. That’s stretching an already tight market and forcing buyers to look for alternative supplies, including from the Middle East.

Aramco’s decision came after Opec+, led by Saudi Arabia and Russia, on Wednesday opted to continue raising output only gradually. That was despite pressure from big importers, including the US, for the cartel’s Persian Gulf members to pump faster and help bring down global fuel prices.

Saudi Arabia, the world’s biggest oil exporter, and the United Arab Emirates have so far resisted calls to raise output beyond their quotas set by Opec and its partners. Such a move could cause a rift with Russia and potentially unravel the Opec+ alliance.

More than 60% of Saudi Arabia’s oil shipments go to Asia, with China, Japan, South Korea and India the biggest buyers. Aramco’s price moves often set the tone for other producers in the Middle East.

Escalation of Russia’s war in Ukraine has caused geopolitical risks and is adding to already elevated inflationary concerns, says RBC Capital
Markets
5 months ago
Next Article