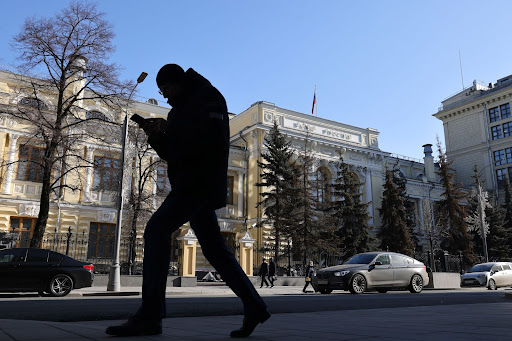 Sberbank said on Sunday it’s looking at the possibility of issuing cards using Russian payments system Mir and China’s UnionPay after Visa  and Mastercard suspended operations after the invasion of Ukraine.

The move could allow Russians to make some payments overseas, with UnionPay operating in 180 countries and regions. Visa and Mastercard said that any transactions initiated with their cards issued in Russia will no longer work outside the country from March 10.

Visa and Mastercard have joined the list of international companies suspending activities in Russia in response to President Vladimir Putin’s invasion of Ukraine. The move further isolates Russia’s economy. Cards issued outside Russia won’t work at ATMs or merchants inside the country, the firms said.

On Sunday, American Express also said it is suspending operations in Russia as well as Belarus. The moves are “in addition to the previous steps we have taken, which include halting our relationships with banks in Russia affected by the US and international government sanctions,” American Express said.

State-owned UnionPay is the provider of most card payments in China. UnionPay did not immediately respond to emails and phone calls outside normal office hours.

Tinkoff Bank said it currently isn’t issuing such cards, but will start to do so as it’s soon as possible. Raiffeisen Bank International AG’s Russian business said on its website that it was considering the problem.

The Bank of Russia is also temporarily reducing the amount of information commercial banks are required to publish in an effort to limit the risks from international sanctions. Starting with statements for February, banks will no longer have to release accounts prepared to national standards or make any additional disclosures on their websites, the central bank said in a statement.

The central bank of Russia advised its citizens to use cash abroad. It said Mir cards could also be used in Turkey, Vietnam, Armenia, Belarus, Kazakhstan, Kyrgyzstan, Tajikistan and the breakaway territories of South Ossetia and Abkhazia.

A great time to move away from fossil fuels is when oil supply is threatened, right? Not so simple, say economists
News
3 months ago

Conglomerate has bought 30-million shares in 2022, taking total holdings to 11%
News
3 months ago