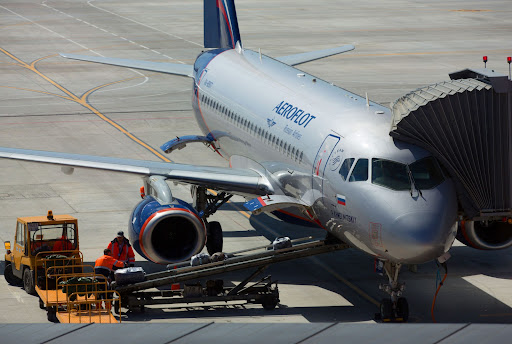 Russia will halt some international flights to keep billions of dollars worth of aircraft from being taken back by their foreign owners, deepening a rupture in the global aviation industry triggered by the invasion of Ukraine.

The government’s move will give Aeroflot and other Russian carriers cover to hold on to hundreds of Airbus and Boeing jetliners that their owners are demanding be returned. Leasing firms, many based in Ireland, are seeking possession of the aircraft by March 28 under EU sanctions and a broader set of banking prohibitions that make it impossible to legally continue renting and insuring the planes.

The loss of more international flights is set to isolate Russia further after the EU, US, UK and Canada were among countries closing their airspace to its jets in response to the invasion of Ukraine. The break has ripped through what was, until late last month, a highly integrated and co-operative network for international air travel.

Ticket prices have jumped in Moscow in recent days, with fewer flights available to a shrinking number of places. Turkish Airlines and Emirates are among the major carriers still present, shuttling people to their hubs in Istanbul and Dubai, respectively.

Emirates was offering a one-way economy ticket from Moscow Domodedovo airport to Dubai International on Sunday for the equivalent of $2,274, according to its website. A number of smaller carriers — from Serbia, for example — were also offering flights.

The order took effect on Sunday and applies to airlines that have leased planes from foreign owners, Russia’s aviation regulator said on Saturday. It cited “the high risk of Russian airlines’ planes being held or seized abroad”.

Aeroflot, Russia’s flag carrier and its most prominent link to foreign destinations, said on Saturday that it will halt all international flights by Tuesday, the deadline for return trips. Azerbaijan Airlines said it will halt all flights to Russia.

For plane owners doing business in Russia, the rapid and unprecedented collapse of industry norms has given way to uncertainty. Foreign lessors are grappling with how to retrieve the planes, with reports of at least one seizure from Aeroflot’s Pobeda unit in Turkey.

Investors, meanwhile, are attempting to understand the exposure for companies such as AerCap Holdings, Carlyle Aviation Capital and SMBC Aviation Capital, each with more than 5% of their fleets leased to Russia, according to aviation consultancy IBA.

AerCap, the world’s biggest leasing firm, has the most planes in Russia at 152, with a market value approaching $2.5bn, according to IBA. AerCap said on February 28 that it would stop trading with Russian airlines and try to retrieve its planes. The Dublin-based lessor’s Russian customers include Aeroflot, S7 Airlines, Rossiya and Ural Airlines, according to its website.

The world’s largest international lessors have about 300 planes in the country, according to Cowen & Co analyst Helane Becker. Overall, foreign leasing firms have just under 600 aircraft in Russia, according to IBA.

While the planes may eventually be retrieved, the Russian move on Saturday will put them further out of reach of their owners for the time being.

Analysts have said that writedowns are likely, especially after Russia’s transport ministry said it is weighing options including nationalisation after the EU sanctions banned the supply of new planes, parts, maintenance and related services.

One question is whether insurance coverage will help offset losses if the planes are not returned.

Litigation is likely, and the planes’ individual circumstances will be a factor, according to analysts at JPMorgan. “Lessors are not covered for economic losses. They are covered in the case an aircraft is destroyed,” the analysts wrote in a note. “They are also technically covered in the case of confiscation or seizure.”

Maintenance reserves and letters of credit associated with the leases could also reduce potential losses, Fitch Ratings said in a research note on Friday. “The sanctions present significant logistical and operational challenges given the unique and rapidly evolving situation, meaning repossession of aircraft in Russia could prove more difficult,” the ratings firm said.