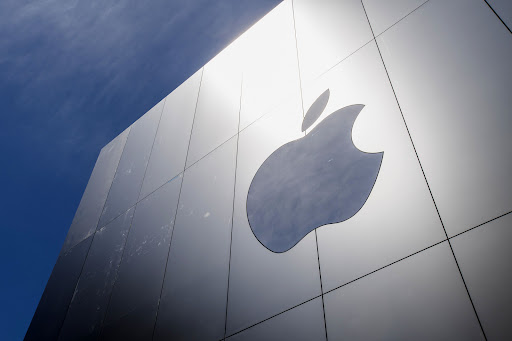 Apple shareholders approved outside proposals recommending audits of the company’s civil rights impact and a public report on its use of concealment clauses in employment agreements, marking a rare instance of investors defying the tech giant.

The votes were part of Apple’s annual shareholder meeting on Friday, which was held virtually  for the second year in a row. Investors re-elected the company’s board and approved its executive compensation plan.

The proposal on civil rights audits is part of a broader push to get corporations to track if, and how, they contribute to racial inequities. Shareholders at other big US companies, including Tyson Foods, Citigroup and BlackRock, have approved similar measures.

“Now it’s time for Apple to establish an honest third-party civil rights audit of the company’s commitments to equality and fairness,” Dieter Waizenegger, executive director of the labour-backed firm SOC Investment Group, said in a statement after the meeting.

In opposing the measure, Apple argued that it already meets the objectives of the proposal. That includes conducting impact assessments and engaging with communities. The company described the audit recommended by the proposal as “broad and unfocused”.

“Civil rights is something we care deeply about and always have,” CEO Tim Cook said during the meeting.

The proposal on concealment clauses had a come-from-behind win. Apple initially said the measure failed, but when final vote totals were tallied, it prevailed by a narrow margin. That proposal aims to shed light on employment agreements that could bar workers from discussing unlawful acts, such as harassment and discrimination.

In arguing against the measure, Apple said its employees are already permitted to speak openly about unlawful conduct in the workplace. It also agreed to add wording to its separation agreements that would spell that out.

Shareholders voted on 10 proposals, including four from Apple and six from outside investors. Investors followed the company’s recommendations on eight of them.

Cook and general counsel Kate Adams took the form of Memoji images when they spoke at the meeting, relying on the virtual characters that Apple uses for iMessage and other services. Shareholders who submitted proposals spoke via pre-recorded messages.

Some outside groups, including Institutional Shareholder Services, have voiced concerns about Cook’s roughly $99m compensation package, but a majority of shareholders voted to approve it. Institutional Shareholder Services, a top advisory firm, complained that Cook’s stock would continue to vest after his retirement and that half of the rewards do not depend on performance criteria such as the company’s share price.

The failed shareholder proposals recommended actions such as adding specific language about social purposes into Apple’s articles of incorporation or creating new transparency reports about App Store app removals in China and elsewhere. There also were calls for reports on forced labour by China in the company’s supply chain and pay equity. Apple said it reached resolutions with shareholders on many of the rejected proposals.

Cook spent much of the meeting discussing the devices and software that the company released last year. He also reiterated the company’s stance on Russia’s war with Ukraine. The company said earlier in the week that it would cease product sales in Russia and take other measures to oppose the invasion.

Cook spoke about Apple’s accessibility features, saying the company’s services business had its best year to date in 2021. And he teased the company’s launch event on Tuesday, when Apple is expected to announce a new iPhone SE, iPad Air and Mac.

The Apple CEO also took questions on Apple’s environmental goals and stance on US manufacturing. He reiterated plans to expand the company’s office footprint in the US and move to more recycled materials in its devices. He vowed to continue increasing the annual dividend, which began in 2012, and said employees will return to the office by April.

With Omicron-induced worries, shoppers may skip the iPhone 13 altogether and wait to upgrade in 2022, when its successor comes out.
News
6 months ago

Company should support the US sanctions after the invasion, says Mykhailo Fedorov, vice-prime minister
News
3 months ago