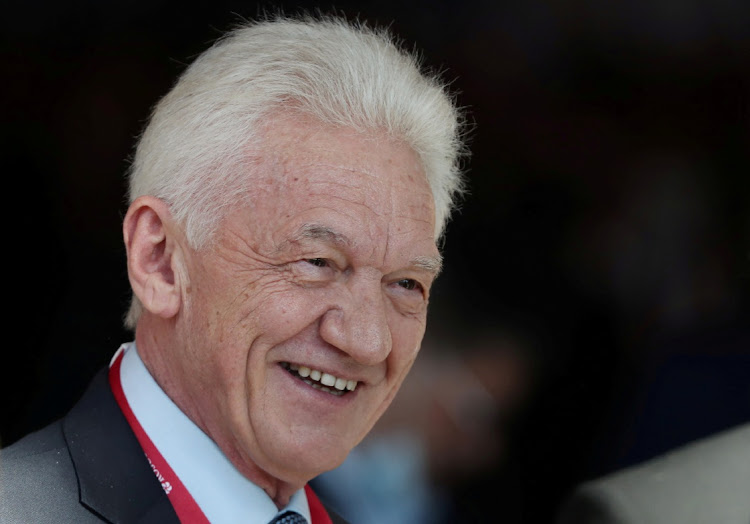 Italy’s finance police detained the superyachts of sanctioned Russian billionaires as authorities around the world ratchet up the pressure on the country’s elite following the invasion of Ukraine.

Gennady Timchenko’s Lena was seized in the coastal city of Sanremo in compliance with EU sanctions, according to a statement from Prime Minister Mario Draghi’s office on Saturday.

A media adviser to Draghi said on Twitter on Friday that police had also seized Alexey Mordashov’s Lady M in Imperia. The 65.5m boat had been moored there since the start of the month, maritime data collected by Bloomberg showed.

EU authorities placed six billionaires on a sanctions list last Monday, barring the individuals from moving their property. The Amore Vero, a yacht belonging to Igor Sechin, the CEO  of oil giant Rosneft and a close ally of Vladimir Putin, was blocked from leaving the Cote d’Azur by French customs officials on Thursday.

Sanctions have become the tool used by regulators to apply heat to the Russian president and the country’s economy. The assets facing some of the sharpest scrutiny from government leaders are the private jets and superyachts controlled by Russia’s elite.

Real estate is also emerging as a prized target. A complex owned by Alisher Usmanov in Golfo del Pevero, Sardinia, worth about €17m, is subject to freezing, according to a statement from Draghi’s office.

Restrictions have already erased significant wealth. The 20 Russians ranked among the world’s 500 richest people on the Bloomberg Billionaires index have lost almost $100bn —  or 28% of their collective net worth — this year. That is almost certainly an understatement, since the Russian stock market has been closed for days.

Timchenko controls Volga Group, a Russian-based company with interests in energy, transportation and construction, and has known Putin since the 1990s. He is also a shareholder of Novatek and was the co-founder of Geneva-based oil trading firm Gunvor Group, though Timchenko sold his stake just before being sanctioned by the US over Russia’s 2014 annexation of Crimea.

Mordashov made his fortune from steel and is now the fourth-richest Russian with a net worth of $20.1bn,  according to the Bloomberg index. An economist by training, he bought up workers’ shares of his employer, Severstal, during its post-Soviet privatisation in the mid-1990s. He has since diversified both within Russia and abroad with investments in retail, telecommunications and gold mines.

He is also the largest shareholder in German tourism company TUI, whose supervisory board he resigned from last week in the wake of sanctions.

Lady M was built in 2013 by US-based Palmer Johnson Yachts and designed by Italian naval architecture firm Nuvolari Lenard. It can accommodate 12 guests and 14 crew members.

Quantum Blue, a yacht belonging to Sergey Galitskiy, founder of Russian food retailer Magnit, left Monaco on Thursday. Galitskiy has not been sanctioned.