The family has struck a deal worth $6bn with the dissenting states, says a mediator in Purdue’s bankruptcy case 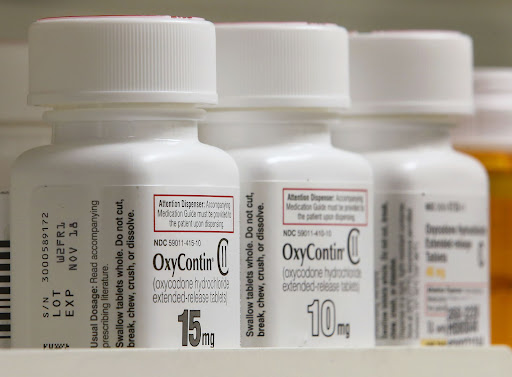 Members of the billionaire Sackler family that own Purdue Pharma agreed to a bigger opioid-painkiller settlement with the handful of states that helped overturn its previous deal, bringing the drugmaker closer to a resolution of all its liabilities over the highly addictive medicines.

The family has struck a deal worth $6bn with the dissenting states, a court-appointed mediator in Purdue’s bankruptcy case said in a report on Thursday. Under the agreement, the states will drop appeals of the previous iteration of Purdue’s plan. In return, the Sacklers have essentially doubled the cash they’ll hand over as part of Purdue’s Chapter 11 filing from an initial $3bn and apologised for OxyContin’s role in the opioid epidemic.

The agreement eases Purdue’s path in resolving trillions of dollars of claims by state and local governments over the company’s role in the opioid crisis. It will also give Sackler family members broad immunity from future opioid lawsuits — a sore spot with opioid victims and some state officials. More than 500,000 Americans have died from drug overdoses over the last two decades as part of the opioid epidemic

“The Sackler families are pleased to have reached a settlement with additional states that will allow very substantial additional resources to reach people and communities in need,” Purdue’s owners said in a statement that was included in Thursday’s bankruptcy court filing. “The families have consistently affirmed that settlement is by far the best way to help solve a serious and complex public health crisis.”

Family members added although they acted “lawfully in all respects” in connection with OxyContin sales, “they sincerely regret that OxyContin, a prescription medicine that continues to help people suffering from chronic pain, unexpectedly became part of an opioid crisis that has brought grief and loss to far too many families and communities.” That apology was made as part of the deal with the dissenting states.

Members of the Sackler family issued similar apologies in appearances before a US House of Representatives committee probing Purdue’s role in the opioid epidemic and US Bankruptcy Judge Robert Drain, who is overseeing Purdue’s Chapter 11 case. “We’re sorry that a medicine we put out to relieve pain caused pain to families” of opioid victims, Mortimer Sackler, son of the late Purdue co-owner of the same name, told the judge in last year.

States and local governments accused Purdue of duping doctors and patients about OxyContin’s addictive properties and blamed the Sacklers and the company for fuelling a public-health crisis. Their suits seek compensation for billions of tax dollars spent battling the opioid epidemic. So far, states and municipalities have racked up more than $26bn in settlements from other companies.

Members of the Sackler family and attorneys-general from eight states and the District of Columbia had been in mediation since a judge in December rejected the prior bankruptcy deal. As part of the accord, Purdue will hand over nearly all of its assets to the states, cities and counties suing over its handling of OxyContin. Billions of dollars will also be provided to fund anti-addiction programmes.

Purdue officials said they are ready to direct funds to programmes that can help save opioid victims, such as drug counselling and medicines to counteract overdoses, once the bankruptcy plan receives final approval. “With this mediation result, we continue on track to proceed through the appeals process on an expedited schedule, and we hope to swiftly deliver these resources,” Michele Sharp, a company spokesperson, said in an emailed statement.

The dissenting states were not the only parties appealing Purdue’s prior settlement: crucially, an arm of the US justice department that monitors bankruptcies also fought the deal, and that agency is not part of the newest settlement. Its challenge may still proceed in federal court.

Besides the extra billions and the apology, the Sacklers had to agree to let all US institutions remove their names from buildings, programmes and scholarships, according to court filings. The Sackler family name already has been stripped from wings of such prestigious museums as the Louvre in Paris and the Metropolitan Museum of Art in New York City.

All eight dissenting states and the District of Columbia had to approve the bump in the Sackler’s cash portion of the bankruptcy plan. Attorneys-general from those states Thursday hailed the final deal and its potential long-lasting effect on the opioid epidemic.

“This hard-won settlement is a tremendous benefit for the country,” Maryland attorney-general Brian Frosh said in an emailed statement.  “It will save lives and continue our pursuit of justice for all who have suffered from the epidemic that has destroyed so many families and communities.”

“Five months ago, Connecticut said no to a Purdue bankruptcy plan that allowed the Sackler family to purchase lifetime legal immunity without so much as an apology,” William Tong, the state’s attorney-general, said in an emailed release.

“Connecticut has forced Purdue Pharma and the Sacklers to pay a $6bn settlement and apologise in dollars, words and actions,” Tong added. Purdue’s headquarters are in Stamford, Connecticut.