International Atomic Energy Agency DG offers to meet representatives from Russia and Ukraine at the site of the defunct Chernobyl nuclear power plant, north of Kyiv 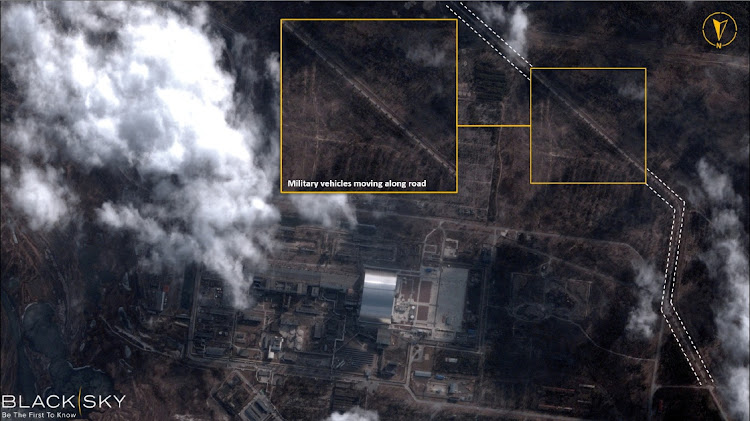 Ukraine and Russian nuclear officials were called to attend negotiations by the international atomic regulator to dial down safety risks caused by the Kremlin’s invasion.

“We are fortunate that there was not a release of radiation and that the integrity of the reactors themselves were not compromised,” Grossi said. He wants to meet both nations to agree on “a framework under the aegis of the IAEA” that will ensure the safety of Ukraine’s nuclear infrastructure.

Russian forces already control the Chernobyl plant — the site of the deadly 1986 meltdown that’s surrounded by a 2,600km exclusion zone because of residual radiation. Troops also are near the South Ukraine nuclear power plant about 17km north of Odessa. Rickety old Soviet reactors still operating at the Rivne plant, west of Kyiv, have been the focus of regulatory concern because of their higher safety risk. 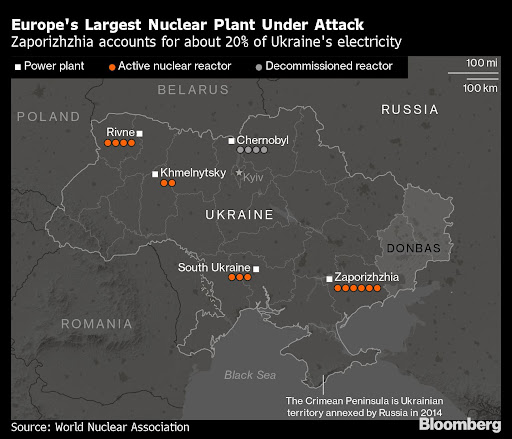 Ukraine and Russian nuclear officials were called to attend negotiations by the international atomic regulator in order to dial down safety risks caused by the Kremlin’s invasion. Picture: BLOOMBERG

“We are in completely unchartered waters,” said Grossi, who put the IAEA’s incident and emergency centre on full alert overnight.

IAEA monitors confirmed that Russian shelling caused the fire at the Zaporizhzhia plant, injuring two members of the facility’s security detail. Local Ukrainian operators continue to control the facility, where only one of its six reactors is generating electricity, but at 60% capacity, Grossi said.

US President Joe Biden spoke to Ukrainian President Volodymyr Zelenskyy as reports of the attack emerged, and the leaders called on Russia “to cease its military activities in the area,” according to a White House statement.

“Europe must wake up,” Zelenskyy said in a video message early on Friday, adding that he also spoke with UK Prime Minister Boris Johnson, German chancellor Olaf Scholz and other leaders.

“If there is an explosion, it is the end of Europe,” Zelenskyy added. “Only urgent Europe actions can stop Russian troops.”

Energy minister Herman Halushchenko told Bloomberg TV early on Friday that a missile hit the nuclear plant’s unit no. 1, and the Ukraine government was seeking more clarity on the damage. Reactors are “being protected by robust containment structures” and are being safely shut down, US energy secretary Jennifer Granholm said in a statement, adding that her department had activated its nuclear incident-response team.

Russia is reorganising itself to ensure that it wins this war, says analyst
World
5 months ago

Daimler, GM and Harley-Davidson among those shunning Russia over Ukraine invasion
Life
5 months ago
Next Article

Ukraine calls for humanitarian corridors in new talks with Russia

Ukraine calls for humanitarian corridors in new talks with Russia