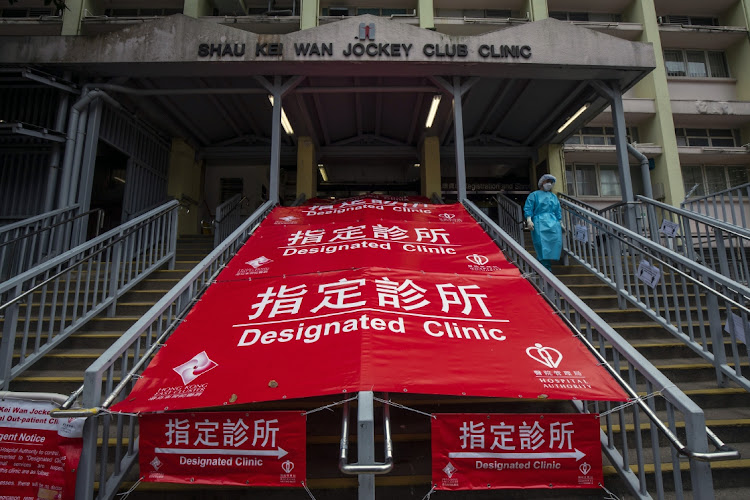 Hong Kong’s Covid-19 fatality rate is now the highest in the developed world amid a wave of deaths among its under-vaccinated elderly population, ramping up pressure on officials to get the city’s worst outbreak since the pandemic began under control.

The financial hub averaged eight deaths per 1-million people in the 10 days to the end of Monday, the most among advanced economies, according to Bloomberg calculations based on Johns Hopkins University data.

While most major Western countries are past the peak of their latest wave of infections and are not reporting a high number of fatalities, Hong Kong’s current ratio is about to surpass the nine deaths per 1-million that the US recorded at the peak of its omicron wave in late January.

Hong Kong reported a record of 117 new deaths Tuesday. Most of the fatalities during the current wave have been elderly people, and 91% of those who died were not double vaccinated, according to government data released on Sunday.

The city’s death toll is likely to keep climbing as the outbreak spreads through a growing number of care facilities, a sector that in many places has accounted for a disproportionate share of Covid fatalities. More than 600 care homes in Hong Kong are experiencing outbreaks, with 3,150 residents and about 900 staff infected. Almost 75,000 elderly and disabled people live in residential facilities in Hong Kong.

For nearly a year now, experts have warned that Hong Kong’s low vaccination take up among older people would become an issue. Though inoculation rates jumped after Omicron got through the city’s strict Covid defences, less than half of residents age 80 and older have received a first dose. Rival Asian financial hub Singapore has vaccinated about 95% of its seniors, and is averaging far fewer deaths — about five per day in February.

More than two years into the pandemic, scenes reminiscent of the chaotic days of early 2020 are now playing out in Hong Kong. The healthcare system is overwhelmed, patients are being put outside hospitals on gurneys, public morgues are inundated, and there is speculation the city may go into a lockdown.

The situation is at risk of worsening. Authorities announced more than 32,000 cases on Tuesday.

Hong Kong might have seen as many as 2.86-million infections since the start of the current outbreak, according to an updated forecast from the Laboratory of Data Discovery for Health and the University of Hong Kong’s WHO Collaborating Center for Infectious Disease Epidemiology and Control. The wave is expected to peak in the coming week or so, while the cumulative number of deaths by the end of April could be about 4,645.

Anyone testing positive for Covid-19, including infants and children, are put into isolation facilities with no family contact allowed
World
5 months ago
Next Article