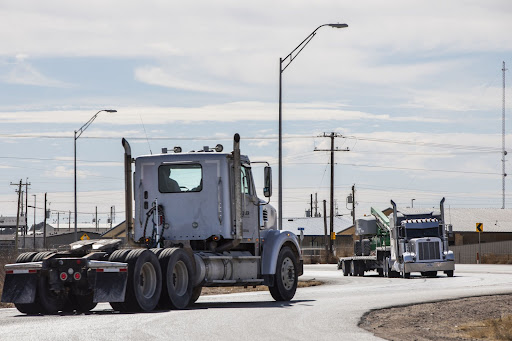 US President Joe Biden is close to proposing new limits on nitrogen oxide emissions from trucks that environmentalists say are long overdue. But the industry says the timing couldn’t be worse as it fights a driver shortage and supply chain woes.

Trucking companies argue that given the money they’re spending to hire new drivers and deal with delays in moving cargo off docks and other supply chain kinks it would be devastating to have to spend millions of dollars on new vehicles to meet the standards.

“We have to make sure trucking companies can afford the anticipated high price tags of these new medium- and heavy-duty vehicles, that maintenance costs won’t dramatically increase,” said Glen Kedzie, a vice-president for environmental issues at the American Trucking Associations.

Activists have urged the US Environmental Protection Agency agency to match strict rules California proposed in 2020 that call for nitrogen oxide emissions from heavy-duty trucks to be about 75% below current standards beginning in 2024 and 90% in 2027. The administration is expected to propose its new standards in the coming days or weeks, followed later this year by new limits on greenhouse-gas emissions for trucks.

“What the environmental community wants is to lower emissions overall,” said Katherine García, acting director of Sierra Club’s Clean Transportation for All campaign. “This rule will significantly clean up trucks.”

Heavy-duty trucks account for a disproportionate share of nitrogen oxide pollution, a poisonous gas that contributes to smog. The trucks, which the US government estimates represent 5% of registered vehicles and 9% of kilometres travelled, account for 37% of total nitrogen oxide emissions emitted by vehicles travelling at highway speeds, according to the International Council on Clean Transportation.

Kedzie said the initial cost of compliance with any new truck emission regulations will be borne by truck manufacturers. But whether the rule succeeds will be determined by how quickly trucks with the new technologies are sold, he said.

“If we don’t buy the new equipment, whatever those emission targets that were trying to achieve will not be achieved,” he said.

Kedzie said the trucking industry is hoping to see a robust comment period once the Biden administration finalises its initial draft of the truck emission rules where they can make that point about cost.

“What we’ve been promised by the EPA administrator is there will be options,” he said. “They aren’t wedded to the California approach. But I’m most certain that there will be a California-like approach as one of those options.”

Billings said that trucks offer a big bite at the apple of Biden to reduce US emissions as he faces Congressional opposition to other areas of his lofty climate goals.

“There’s 260-million cars on the road and 9-million trucks, so on a per-vehicle basis, it’s a much greater impact,” he said.

The Sierra Club’s Garcia said that companies such as Volvo Cars have set targets for 50% of its global sales to be electric by 2030.

“Manufacturers are saying we can put NOx controls in or we can electrify our trucks,” she said. “Even with this NOx rule, you can move to producing the cleanest trucks possible.”

The debate comes while truck companies are at the centre of a supply-chain crunch that is hampering Biden’s political standing ahead of an expected tough midterm election. The administration has moved to unclog ports and experimented with allowing teenage drivers to drive big rigs across state lines to demonstrate its focus on the supply chain issues and bringing down inflation.

The new rules for truck emissions follow a separate effort by Biden to require automakers to produce fuel-efficient fleets of cars, SUVs and pickup trucks that average 18.4km/l by 2026. Biden also announced last year a target that half of all vehicles sold in the US would be capable of emissions-free driving by the end of the decade.

But the government is playing catch-up on regulating truck emissions: that’s partly due to the different nature of big rigs that haul tonnes of freight and have their own regulatory yardsticks.

Congress authorised the regulation of car pollution since the 1970s, but the first standards for greenhouse gas emissions from trucks were issued in 2014 and the first two years were voluntary. The most recent nitrogen oxide emission rules for truck took effect in 2007 and 2010. The Biden administration is hoping to synchronise the nitrogen oxide and greenhouse gas emission rules so both take effect in 2027.

Regulators will only be able to achieve as many reductions as technology allows, Kedzie said.

“Technology has to keep up with what it is they want to achieve,” he said.

By extending phase 1 of the carbon tax, the government risks jeopardising SA’s efforts to meet its climate goals
National
4 months ago