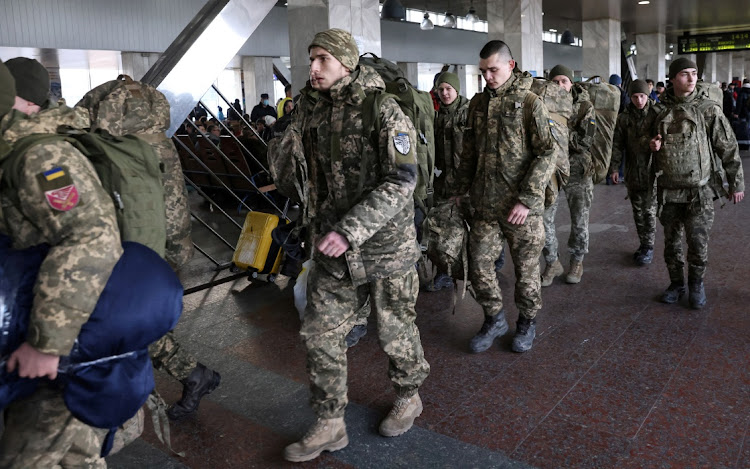 German Chancellor Olaf Scholz has announced plans for a huge boost in defence spending in the latest historic policy shift in Germany triggered by Russia’s invasion of Ukraine.

Germany will channel €100bn this year into a fund to modernise the military, Scholz said on Sunday in a speech to a special session of the lower house of parliament. It will spend more than 2% of GDP each year on defence in line with a Nato target that Berlin has consistently failed to meet.

Scholz had been widely criticised by opponents and allies alike in recent weeks for what they perceived as dithering and weakness in the face of Russia’s mounting aggression towards Ukraine. In the past few days he has announced a series of radical changes to long-entrenched German policies after the full-scale attack ordered by Russian President Vladimir Putin on the former Soviet republic.

Even before the invasion Scholz halted the certification process for the Nord Stream 2 pipeline built to bring more of the Russian gas his country relies on heavily.

On Saturday, he abandoned Germany’s traditional rejection of supplying weapons to conflict zones and gave way on expelling Russian banks from Swift, the system used for trillions of dollars worth of transactions between thousands of banks around the world. The willingness to supply Ukraine with military equipment including surface-to-air missiles and antitank weapons is in many ways the most dramatic move. 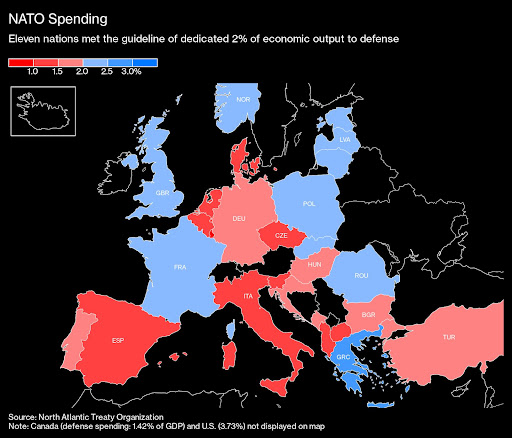 Such a wide-ranging rethink from Scholz and his government came unexpectedly, and prompted suggestions that Europe’s biggest economy may finally be ready to punch its weight in the international arena, discarding decades of reluctance linked to its role in the 20th century’s bloodiest conflicts. Ukraine’s ambassador to Germany, who was in parliament on Sunday, called it a “truly historic moment”.

German defence spending in recent years has been hovering at about 1.5% and actually fell slightly as a share of output last year, according to Nato figures.

There are signs that public opinion is firmly behind the chancellor and his two partners in the ruling coalition — the Greens, who control the foreign and economy ministries, and the business-friendly Free Democrats, who run the finance ministry.

Police were expecting at least 20,000 people to flock to the central Tiergarten park on Sunday for a demonstration in support of Ukraine.

Johannes Boie, the editor in chief of influential tabloid Bild, published an editorial titled “Germany Delivers!” in which he praised the government’s decision to supply Ukraine with weapons.

“Our country owes its prosperity, its happiness, to the fact that the Allies once erased our own mass-murdering dictator from the map,” Boie wrote.

“Today the government took a first step,” he said. “Slowly, hesitantly, but still. Keep it up — even faster! Even braver!”

While Scholz looks to have set aside his preference for circumspection and prudence, at least for the time being, his calm, careful approach has often stood in recent weeks in stark contrast to the two senior Green Party ministers in his government.

Foreign minister Annalena Baerbock and Robert Habeck, who is the economy minister and vice-chancellor, have been far more outspoken about the need to confront Russia, particularly on issues like Nord Stream 2.

Scholz also had to overcome a degree of reluctance to punish Russia within his own Social Democratic party, which has a long history of sympathy towards Moscow.

Baerbock said on Sunday that now is the “right moment” for Germany to make what she called a “180-degree turn in foreign policy.

“If our world is different, then our politics must also be different,” she said in a speech to the special session of parliament.

“Perhaps it is the case that Germany is today leaving behind a form of special restraint in foreign and security policy,” she said. “In choosing between war and peace — in choosing between an aggressor and children who have to hide from bombs in subways — no-one can be neutral.”

This was the ‘middle scenario’ presented by ECB chief economist Philip Lane at a meeting in Paris on Thursday, hours after Russia invaded Ukraine
World
5 months ago