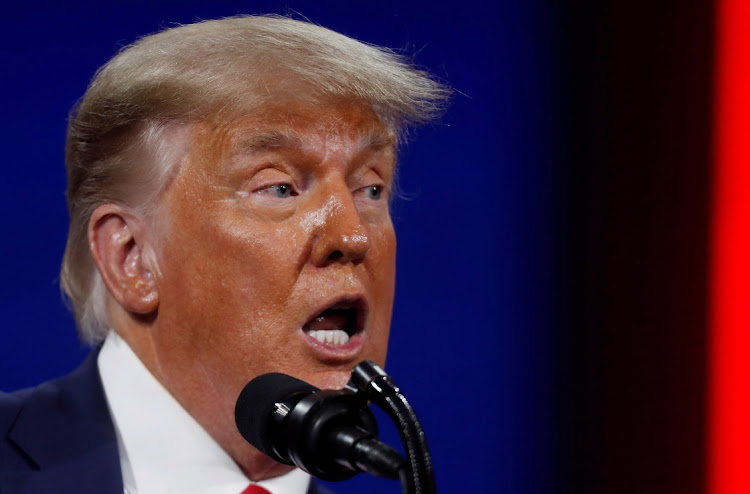 The impassioned retail investors who made the shell company tied to Donald Trump’s media venture the best performer of its kind just unleashed a new wave of support.

Shares of DWAC soared as much as 64% in premarket trading before paring gains, as Truth.Social became the top free app in Apple’s App Store. It rose 4.7% in New York as warrants rose 8.2%.

Despite the fizzling market for Spacs overall, DWAC is an outlier. Fuelled by both fervent Trump supporters and those hoping to cash in on the gains, it is by far the best performing company of its kind. It’s evolved into a way for those backing a Trump 2024 presidential run to show their support.

The app’s debut was filled with problems, however, as some interested users were unable to sign up and others received error messages. It’s now telling prospective users there’s a lengthy waiting list to register, with the message “We love you, and you’re not just another number to us. But your wait-list number is below.” As of 9.50am, the queue was approaching 400,000 users and people were sharing screenshots of their numbers on Twitter.

The service is hosted by RightForge, a web infrastructure company founded as a response to mainstream technology firms taking action against misinformation and hate speech. RightForge markets itself as a “depoliticised” server company and raised $1.41m by December 2021, according to the most recent US Securities and Exchange Commission (SEC) filings, up from $260,000 four months prior. 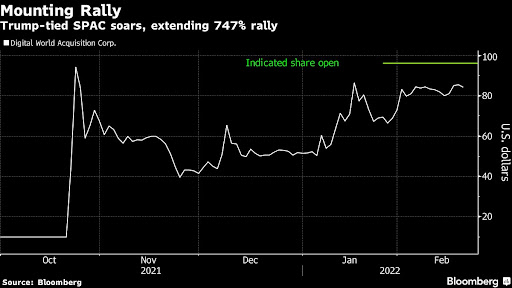 DWAC’s trading has been similarly chaotic. The Spac has rallied more than 750% since going public, with shares trading as high as $175 on October 22 before plummeting more than 60% over the next week.

There’s been little insight for investors into how Trump Media will operate as a company. Currently, the plan is for a social network, a streaming service, a news channel and eventually a cloud-computing platform.

Regulatory scrutiny is already plaguing the venture. The SEC is looking into its board of directors, along with the trading and the identities of certain investors.

Still, excitement from retail traders was notable on Tuesday with the Spac trailing only Tesla as the second-most most actively traded stock on Fidelity’s platform. The ticker was the most-mentioned on popular chat room StockTwits and touts on Reddit’s WallStreetBets forum were second only to an exchange-traded fund that tracks the S&P 500 Index.

“For conservative investors, it’s a trophy asset, sort of like GameStop was for the Reddit Apes,” said Max Gokhman, chief investment officer at systematic money manager AlphaTrAI Inc. “Everyone is waiting to see if the ‘Trump Truth Train’ can gather steam or if it goes off the tracks.”