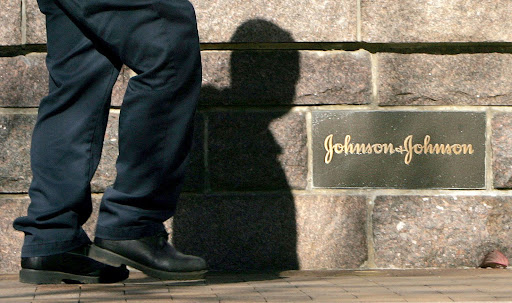 The healthcare giant asked a federal judge in Trenton, New Jersey, to allow it to use the Chapter 11 case of a small J&J unit to set up a trust fund that would take responsibility for claims filed by more than 40,000 people who say tainted talc in baby powder causes cancer. Attorneys for people suing J&J have asked the judge to dismiss the bankruptcy.

“The only beneficiaries of dismissal are the plaintiffs’ firms, which have the potential to hit a big time verdict,” said Greg Gordon, a partner at Jones Day who helped design J&J’s bankruptcy strategy.

J&J changed its approach to resolving talc lawsuits last year after losing a jury trial and being forced to pay more than $2bn to about 22 women. Under a tactic known as the Texas Two Step because it relies on a business-friendly Texas law, the company made a new unit responsible for paying talc-related liabilities. That unit, named LTL Management, then went into bankruptcy and all the suits were temporarily put on hold so J&J could try to negotiate a deal to pay the claims.

Groups representing people who sued J&J say they prefer to fight in court and let juries decide how much the company must pay. Since 2013, plaintiffs’ law firms have spent more than $100m on advertising, including infomercials that look like news programmes, to recruit people willing to sue, Allison Brown, a Skadden Arps partner representing the company, said in court on Friday.

“There is a perverse incentive in the mass tort system,” Brown said. Law firms pick certain cases to take to trial to try to win multibillion judgments from sympathetic juries, Brown said. The firms then collect fees of as much as 40% of whatever is ultimately paid out, she added.

J&J is willing to accept a court-approved examiner who would investigate the company’s decision to file bankruptcy, Gordon said in court. Such examiners typically probe a company’s actions on behalf of creditors.

Negotiating the size of a trust fund for victims, as well as the rules about how payments are made, can take years, victim lawyers said. In the meantime, cancer victims get sicker while J&J saves money because it doesn’t have to defend itself in court, they said.

J&J has agreed to put at least $2bn into a bankruptcy trust fund for victims.

US bankruptcy judge Michael Kaplan has said he will try to decide by end-February whether to dismiss the bankruptcy case. Should he allow the case to continue, he will also decide whether the lawsuits should remain blocked during the Chapter 11 case.

If J&J loses, victims would be free to resume jury trials, potentially exposing the company to billions in additional payouts.

Johnson & Johnson denies that the talc in its baby powder causes cancer and that it is abusing the bankruptcy system by putting LTL into Chapter 11. Company officials have repeatedly defended LTL’s bankruptcy, arguing that it creates a fair and efficient process for paying all current and future talc claims.

The bankruptcy case has drawn the ire of Congress, where some members are crafting legislation designed to bar profitable companies such as J&J from taking advantage of bankruptcy without subjecting themselves to any of the restrictions.

More stories like this are available on bloomberg.com
Bloomberg News