Russian Olympic Committee figure skater Kamila Valieva has been allowed to keep competing, even though the 15 year old was found to have failed a drug test before the games 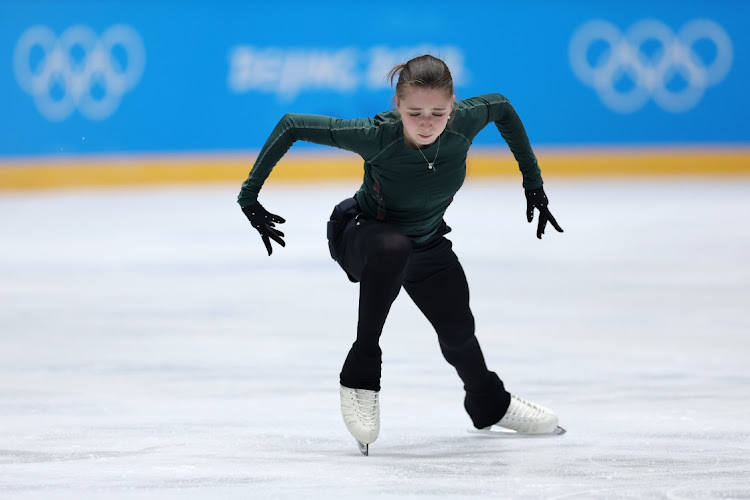 A growing number of athletes are voicing their opposition to the decision to allow Russian Olympic Committee figure skater Kamila Valieva to keep competing at the Beijing Winter Olympics, even though the teenager was found to have failed a drug test before the games.

An international sports court on Monday declined to impose a temporary suspension on the 15-year-old Valieva due to her status as a minor and out of consideration for the “irreparable harm” that could cause her, after it came to light on February 8 that she had tested positive for trimetazidine, a banned heart drug that can improve endurance. The Russian anti-doping agency had temporarily suspended Valieva after that. The International Olympic Committee, the International Skate Union and the World Anti-Doping Agency had all appealed to have Valieva’s suspension reinstated.

“The irreparable harm that will be done is to the entire Olympic Games. She shouldn’t be allowed to compete,” tweeted Adam Rippon, an American figure skater who competed in the 2018 Pyeongchang Olympics.

Valieva is slated to compete in the women’s short programme on Tuesday evening in Beijing, but the IOC said after the Court of Arbitration for Sport’s ruling that it would not have a medal ceremony for the event event if Valieva ended up on the podium, which she is widely favoured to do.

Other figure skaters who expressed disappointment at the ruling include US Olympians Mirai Nagasu and Johnny Weir, while South Korea’s Yuna Kim, who won gold at the 2010 Vancouver games, wrote in an Instagram post: “Athlete who violates doping cannot compete in the game. This principle must be observed without exception. All players’ efforts and dreams are equally precious.”

Some did, however, express sympathy for Valieva’s status as a minor and directed their anger at a system that enabled a teenager to take banned drugs.

“I hope that whichever adults faulted her are held accountable. This is heartbreaking,” Tara Lipinski, who won the 1998 Olympic gold medal in women’s figure skating and is now a prominent commentator on NBC, said in a tweet.

Russian athletes are competing in Beijing under a neutral flag and under the ROC name as part of penalties imposed by the World Anti-Doping Agency (Wada). An independent investigation commissioned by the agency in 2016 found that Russian sports officials oversaw a programme to manipulate doping test results from 2011 to 2015, including at the 2014 Winter Games in Sochi.

The Russian sports ministry called the CAS ruling the “the only true and just decision,” according to the country’s TASS news agency, while Valieva said she was “happy but emotionally fatigued”.

The decision didn’t just hit nerves in the skating world. US track and field star Sha’Carri Richardson, who was favoured to medal at the Tokyo Olympics in 2021 but was barred from competition after testing positive for marijuana, questioned the decision to allow Valieva to compete. Richardson, who said she had used marijuana to help cope with the death of her mother, said that she was treated different to Valieva because she is Black.

Sporting bodies also voiced their disagreement with the CAS decision. Wada said that the court did not follow the terms of the World Anti-Doping Code in Valieva’s case and that its investigation department would be looking into Valieva’s support staff in light of the positive result as she is a minor. The US Olympic and Paralympic Committee said the ruling “appears to be another chapter in the systematic and pervasive disregard for clean sport by Russia”.

US sprinter and four-time Olympic gold medallist Michael Johnson said in a tweet, “Russia is a doping problem in sport.”

Teen figure skater, one of the youngest athletes yet to face a doping charge during an Olympics, has been cleared by the Court of Arbitration for ...
Sport
5 months ago