CHRIS HUGHES: Why were BNP Paribas staff so keen to violate anti-discrimination rules? 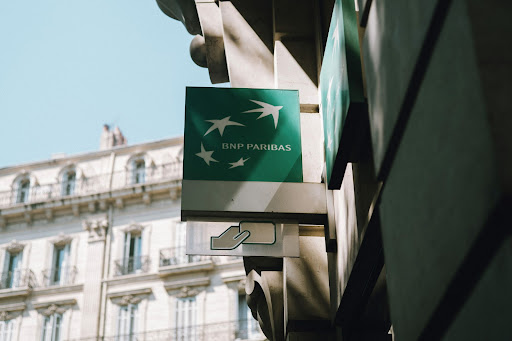 The recent £2.1m award to a female banker in compensation for sex discrimination is notable for more than its size. The judgment handed down to her employer, BNP Paribas, was excoriating — and should serve as a warning to the entire finance industry.

A London employment tribunal found in 2019 that the French lender discriminated against Stacey Macken by underpaying her as much as £40,000 in annual salary relative to a male peer at a comparable level since 2013. BNP also discriminated when setting her bonuses. The case is best known for revealing that Macken once arrived at the office to find a witch’s hat on her desk, likely to have been put there by male colleagues who had been out drinking the night before.

Details of the necessary financial recompense came to light in January (the long lag due to the disruption of the pandemic and the sheer volume of evidence.) The award primarily comprised compensation to make good on Macken’s past earnings shortfall and harm to her career. But the total was even higher than it might have been due to the severity of the discrimination and, above all, BNP’s failure to respond to Macken’s concerns properly.

There was a roughly £320,000 surcharge for the bank’s failure to follow the UK’s Advisory, Conciliation and Arbitration Service code of practice on handling employee complaints. When Macken raised concerns about her pay, BNP set out to defend itself rather than conduct a proper investigation, the original tribunal found. This amounted to victimisation. The levy for such dereliction can be up to 25% of the overall award. In this case, it was 20%.

The failings were so significant “that in some respects there may as well not have been a grievance process followed at all”, according to the compensation ruling.

UK discrimination awards typically include a payment for “injury to feelings.” Here, that award was £35,000 — in the top band determined by precedent cases. The judge added aggravated damages due to the “spiteful and vindictive” nature of the discriminatory conduct. That’s less common.

For a global bank capitalised at $86bn to be stung with these elevated charges is a notable reprimand. The impression that BNP didn’t take these matters seriously is reinforced by the fact that Macken’s line manager faced no disciplinary action, nor suffered reduced bonus payments in 2019 after BNP lost the case that summer.

The firm has been taking steps to learn lessons and has been reviewing the fairness of its pay in London. But this is happening largely because of the legal action. And BNP’s endeavours weren’t good enough to avoid being ordered to conduct a more extensive equal-pay audit of its London operation. That is a UK investment-banking first — and an ignominious achievement.

In response, BNP said it fell short in its duty to Macken and aimed to ensure “that all of our people are treated with the respect they deserve at all times”.

What should the financial and corporate world take from all this? It’s significant that Macken was treated badly when she first raised concerns with her immediate managers in 2014, and her later attempts to resolve matters through the bank’s grievance process made things worse not better. A well-run corporation should be able to investigate claims of discrimination internally and resolve them before finding itself in a tribunal — let alone being punished for basic deficiencies of procedure.

Another question is why staff weren’t more fearful of violating anti-discrimination policies. There was a blind spot here, and that’s a matter of business culture — or, in this case, cultures. The discrimination took place in the London-based prime-brokerage desk of a Paris-headquartered multinational. That raises questions about the culture of prime brokerage (the business of serving hedge funds.) Then again, the lapses went beyond one department and reflect poorly on BNP and, in turn, European finance generally.

Finally, bear in mind that this saga has concluded just as bank bosses are calling staff back to the office. They say a shared location is vital to the “apprenticeship” of finance and to preserving the company culture. All true. But you can see why some women might be not be celebrating a return to any environment that fosters overt and tacit discrimination and where colleagues are habitually obnoxious. Some aspects of financial culture are best left to go extinct.