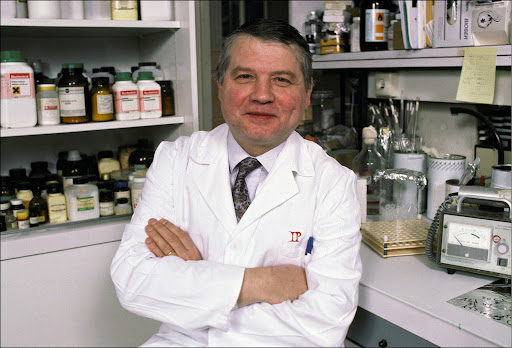 Luc Montagnier, the French virologist and Nobel laureate whose co-discovery of the human immunodeficiency virus sparked a global search for an Aids cure, has died. He was 89.

He died on February 8 at a hospital in a suburb of Paris, the Washington Post reported.

The scientist from the Pasteur Institute in Paris shared the 2008 Nobel prize in Physiology or Medicine with Francoise Barre-Sinoussi and Germany’s Harald zur Hausen, whose work on the viral causes of cervical cancer was recognised in the same year. Montagnier and Barre-Sinoussi worked together on retroviruses at the institute, and their findings coincided with similar results presented by Robert Gallo in the US.

After years of dispute, Montagnier and Barre-Sinoussi were judged to have isolated HIV before Gallo, whose virus culture had originally come from Montagnier’s laboratory, and Gallo was credited with showing that the virus causes Aids. Montagnier and Gallo later reconciled their differences over the discovery of HIV and acknowledged each other’s roles in finding the virus.

In 2002, they collaborated on an article in Science magazine, where both scientists had published their initial findings decades earlier.

Montagnier’s search for the cause of Aids, a mystery disease in the early 1980s that was mainly infecting gay men, involved identifying viral isolates from patients with swollen lymph nodes and from people with full-blown Aids. In September 1983, he drew a causal link between the virus and the disease at a conference at Cold Spring Harbor Laboratory in New York, though many of his peers remained sceptical. Most still considered HTLV, the only human retrovirus known until that time, as the likely cause.

By 1985, Montagnier’s findings had been confirmed by Gallo and a team in San Francisco, led by Jay Levy.

“The globalisation of culture has globalised our parasites,” Montagnier said in an interview for the 1994 book Reinventing the Future. “You could say that Aids is a disease of the Boeing 747. The big jets are its vector, and without them there would be no Aids epidemic.”

Montagnier claimed that while the epidemic is new, the virus is old, perhaps as long as primates have existed. About 38-million people worldwide are thought to be living with the disease, which has already killed about 32-million, according to the World Health Organization. About 1.1-million Americans are living with HIV and more than 700,000 people have died from Aids in the US, the Kaiser Family Foundation says.

The progression from infection to full-blown Aids can take as long as 12 years and used to kill most victims within two years of diagnosis. In countries with access to retroviral drug therapies, the prognosis has changed “from a death sentence to an almost normal life,” Montagnier said on the Nobel Foundation’s website. No vaccine has yet been approved.

As part of the effort to beat the disease, Montagnier established a foundation that set up research and prevention centres in nations that were most affected, such as Ivory Coast and Cameroon, to assist scientists returning to their home countries to fight the epidemic.

Montagnier was born on August 18 1932, in Chabris, located in a French agricultural region south of the Loire Valley. His father was an accountant whose hobby was science, and his mother was a housewife who doted on Luc, an only child.

At five, Montagnier was badly injured by a speeding car as he tried to cross the road, leaving him in a coma for two days. Three years later, the family was forced to flee the German invasion and had little food to eat for most of the war. The impact that the death of his grandfather, from colon cancer, had on Montagnier was one reason he studied medicine.

Excelling at science, Montagnier set up a chemistry laboratory in the cellar of the house they had been assigned after the war. He studied medicine and science in Poitiers, and at 21, he wrote a thesis on how light influences the movement of chloroplasts in algae. He then completed his medical studies in Paris before becoming an assistant at the Sorbonne.

Montagnier decided to become a virologist in 1957 with a focus on infectious viral ribonucleic acid, which plays a vital role in the behaviour of genes. Working in Carshalton, near London, and Glasgow, he focused on polyoma, a DNA virus that can cause cancer. At the Curie Institute in Paris, he began to examine the replication of retroviruses.

In 1972, Montagnier moved to the Pasteur Institute to set up a viral-oncology unit. He was joined there in 1975 by Barre-Sinoussi, who shared the Nobel prize with Montagnier. Ten years later, they were assigned the task of searching for the virus that causes Aids, thought to be a form of human cancer at the time.

Montagnier’s scientific research was controversial in recent years after he claimed to detect electromagnetic signals coming from bacterial DNA. His claims seemed to support the general principles of homeopathy, causing many of his scientific peers to shun his findings. Montagnier moved to Jiaotong University in Shanghai to pursue his research in this field after applications for funding were turned down in his home country. He was appointed professor at the university in 2010.

“I’m a gambler out for the big killing,” he once said. “Like a roulette player at the table, I’m addicted to getting results out of my laboratory.”

Alarming resistance to antibiotics kills more than HIV or malaria

Previous estimates predicted 10-million annual deaths from antimicrobial resistance by 2050, but we are already far closer to that figure, says one ...
News
5 months ago

Wits Reproductive Health and HIV Institute vaccine trial will examine the safety and impact of varying doses of the shots as boosters for people with ...
News
5 months ago
Next Article