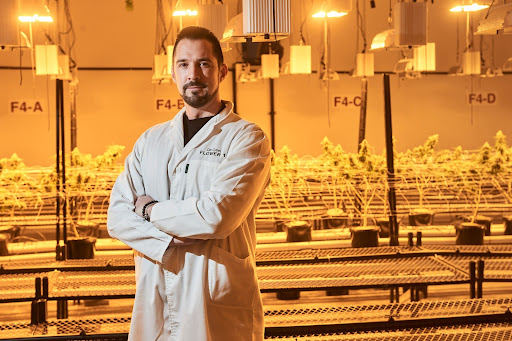 Africa’s first cannabis-focused blank-cheque company is set to list later this year with a view to buying companies in the fledgling industry alongside genetics and wearable health-device companies in the US and SA.

Gabriel Theron, the founder of SA’s Cilo Cybin Pharmaceutical, aims to sell shares in a special purpose acquisition company (SPAC) in Johannesburg in May and raise a minimum of R500m. The entrepreneur will then use the vehicle to buy Cilo Cybin, which he values at as much as R300m, and non-cannabis health companies in SA and the US, he said.

Cilo Cybin can’t be listed directly as it doesn’t have a long enough earnings track record to qualify, Theron said. The CEO said last year he planned an initial public offering of the company within 12 months.

“We don’t have time to wait to acquire the American assets,” he said, referring to the US companies the SPAC will target. “I want to be publicly trading by the third quarter of this year. That's my line in the sand.”

SPACs raised $160bn around the world last year but are relatively rare in Africa.

While US SPACs aren’t required to have a particular target in mind when they list, the rules in SA are different, according to Theron. The JSE didn’t immediately reply to queries.

Cilo Cybin, named after psilocybin, the psychedelic compound produced by more than 200 species of fungi, uses a strong SA cannabis variety called Durban Poison, which has high levels of tetrahydrocannabinol, or THC, the main psychoactive chemical in marijuana plants.

Its products that don’t require a prescription will initially be sold by the Arrie Nel Pharmacy Group, which has more than 90 outlets, while medicines that contain THC will need to be recommended to Aids and cancer patients by medical professionals.

The firm is the first in SA to win the right to grow, process and package cannabis products. It’s also able to sell the products globally, making the licences more valuable, Theron said.

“We know the investors, we know the funds, we have the hype here,” he said of his decision to list in Johannesburg. A secondary sale on the Nasdaq is a possibility, he added.

Theron will hold a 5% stake in the SPAC, 20% will be sold to the public and the balance will be made available to asset managers, he said.

The market for locally manufactured cannabis products is set to explode in SA and on the African continent if regulations are eased, says Brian van ...
Business
5 months ago

WARREN SCHEWITZ: SA has what it takes to create global cannabis brands