Once considered too risky by the venture capital community, women’s health start-ups have seen a surge in investments as Covid-19 pushed more services online 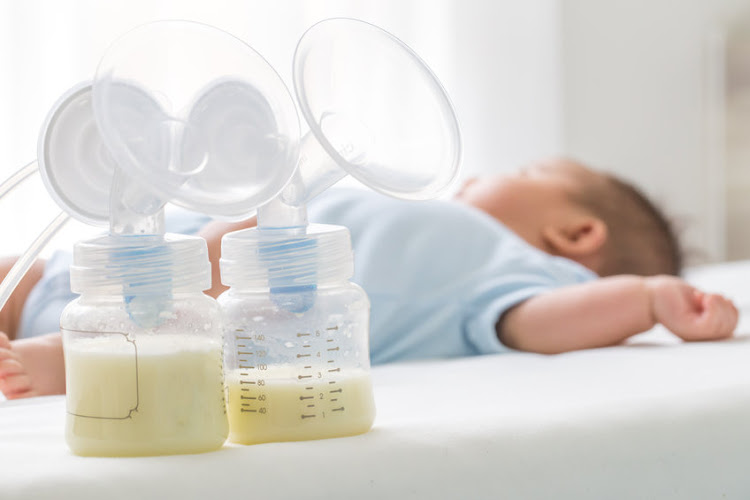 “We were talking about tech to put inside the vagina. It’s a very binary issue, so a lot of investors just wouldn’t even take the meeting,” Boler, founder and CEO of Elvie, said in an interview. “They were completely uninterested.”

Half a decade later, in 2022, sales of that product — the Elvie Trainer — have bolstered the development and launch of a hi-tech $300 Bluetooth-enabled breastfeeding accessory, the Elvie Pump.

There are more products in the pipeline, and the company has since expanded outside the UK to the US and China, and opened a sprawling in-house laboratory. The awkward elevator pitches still occur, she says.

Boler created London-based Elvie in 2013 alongside Alexander Asseily, co-founder of the once-popular Jawbone headset brand, and while attitudes have slowly improved since then, venture capital hasn’t as much.

In the US, for instance, funding for women-focused digital-health start-ups rose 105% between 2020 and 2021, to $418m, Bloomberg reported in April. But female founders secured only 2% of venture capital in the country in 2022, the smallest share since 2016, according to a separate report by research firm PitchBook.

In 2021 in London, Elvie closed a funding round of £70m, one of the largest to date for a female-founded femtech company. For Boler, it’s a signal that technology designed for the female anatomy is at least “finally being taken seriously by investors”.

About one in three women will suffer a loss of bladder control at some point in their lives, and a widely recommended treatment by healthcare professionals involves strengthening muscles in the pelvis through daily exercises. Some academics have questioned the benefit of using a tool to help with this, or disagreed over the origin of best practice, but most agree the exercise is worthwhile.

The Elvie Trainer was designed to give users guidance and real-time feedback through such routines. The product, shaped like an egg with a tail, is sealed in silicone and inserted into the vagina to detect muscle contractions via a connection to a smartphone app.

That blend of wireless communication and software informed the company’s approach to breast pumps, a technology largely untouched by digital innovation. Typical machines can be barely portable or incredibly loud, and manual devices potentially awkward.

The Elvie Pump is pitched as an alternative, worn inside the bra and advertised as quiet enough to be used in an office environment. It’s smartphone-controlled, charges via USB and holds 150ml of milk.

Traditional breast pumps made by companies including Medela, Spectra and Lansinoh attach to the nipple via a funnel-shaped plastic piece, usually held in place via a slit in a bra purchased specifically for pumping. A machine delivers the suction through long tubes, and the milk collects directly into storage bottles. Cordless pumps by Elvie and Willow can be inserted into a normal bra, making it easier to pump on the go.

But development of products such as these are reflected in their retail prices. While manual pumps can be found on Amazon for less than $50, Elvie’s high-end alternative runs to $300, with a pair costing about $550.

“We now have a product called Elvie Stride, which is at a lower price point,” Bolen said. “It’s still wearable and it’s very disruptive, but it’s going to be available in the US, fully subsidised by health insurance.” The Elvie Trainer is also available through the UK’s National Health Service, she added.

Elvie’s development and prototyping of products destined to be worn on or inserted into the body requires a large stock of 3D printers and custom-built hardware at its R&D laboratory, in Bristol, England.

“We always try to test on as many real women as possible, but as designers, sometimes it’s useful to be able to just have a quick look at a representative geometry or skin type,” said Laura Tuck, a senior engineer at Elvie who used to work for Dyson Ltd., in an interview.

She said a particularly difficult part of technology to test is how much pressure or suction is required from a breast pump, as well as how intimate products withstand long-term use.

For example, in one room of Elvie’s laboratory, a custom-built rack supports dozens of the company’s pumps on horizontal metal runners, all repeatedly cycling through different simulated breastfeeding routines in lieu of solely relying on patient nursing mothers — something Elvie does do, but in a comfortable private room on the other side of the building rather than an open-plan lab.

Once considered too risky by the VC community, women’s health start-ups have seen a surge in investments as the Covid-19 pandemic pushed more services online.

Boler said she’s no longer embarrassed to name-drop body parts in a boardroom either (“I just realised you have to be very frank and candid,” she said) and instead her priority was bolstering Elvie’s financial options.

“We might stay private, we might IPO, but we’re not planning to raise again,” she said. “The tech sector has become a bit fed up of companies that don’t necessarily show ways of how they’re going to become profitable, so for us a key aim this year to become profitable and independent.”

Whether you've been naughty or nice, here’s our round-up of goods to add to your present list
Life
8 months ago

In this age of appliances, the FM’s regular Gimme columnist wraps up the year with a guide for gifts from the world of devices — from toys to ...
News & Fox
8 months ago
Next Article