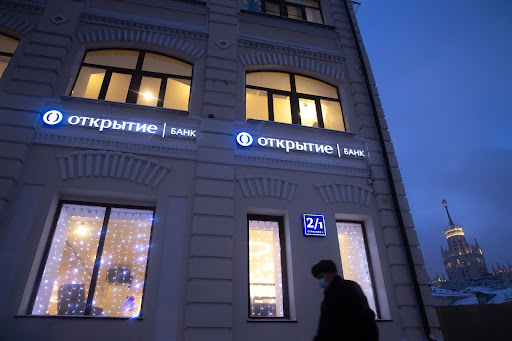 UniCredit SpA withdrew from a possible deal to take over Russian lender Otkritie Bank FC, with Chief Executive Officer Andrea Orcel signaling that the military build up in the region was a factor in the decision. Picture: BLOOMBERG

UniCredit withdrew from a possible deal to take over Russian lender Otkritie FC Bank , with CEO Andrea Orcel signalling that the military build up in the region was a factor in the decision.

“Given the geopolitical environment we decided to withdraw from the data room,” Orcel said in a media call on Friday. “The combined bank would have benefited from a much stronger market position and significant synergies without meaningfully increasing our exposure to the country.”

UniCredit had shown interest in Otkritie as part of the bank’s plans to explore M&A opportunities, though investors greeted the news with scepticism and initially sent the bank’s shares down more than 9%. US President Joe Biden has warned of a possible Russian attack on Ukraine next month, while Moscow denies it plans to invade.

Otkritie is a systemically-important Russian bank that was nationalised in 2017 as part of the country’s biggest-ever bailout after it collapsed under a pile of bad debt, much of it linked to its former owners. Bank of Russia, which is reviewing options to dispose of its stake, said that several strategic investors have showed interest in participating in the sale process and an IPO remains one option for the central bank to exit Otkritie.

The Milan-based bank also cited concerns over an “escalation in tensions” between Russia and Ukraine as a factor that could weigh on the economic outlook.

UniCredit, which has more than 4,000 employees in Russia, generated €513m of revenue in the country last year, according to a bank filing. UniCredit’s presence in Russia is “at or above local cost of equity” and the bank is “generally happy with it and committed to it,” Orcel said.

The trend in recent years for foreign lenders such as Deutsche Bank has been to scale back their Russian presence as Western sanctions and compliance risks weighed on their business.

CFO Stefano Porro said on Friday that the bank is ready to manage the impact any of potential sanctions on Russia, as it did in the past, and doesn’t see a major hit coming. Orcel added that the lender is in “scenario analysis” because the situation isn’t clear. The bank is “constantly evaluating and reviewing mitigating actions trying to anticipate what the sanctions could be,” he said.

Orcel and other Italian business executives took part in a call earlier this week with Russian president Vladimir Putin to discuss opportunities for Italian companies in Russia, despite an appeal from their own government to postpone the event.