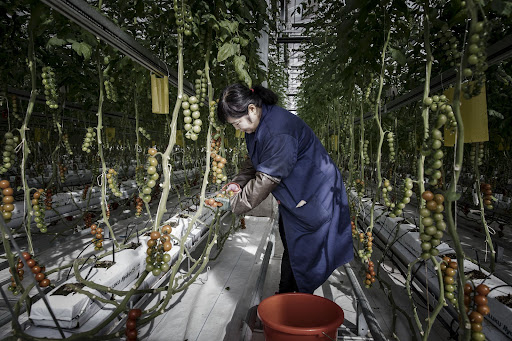 China has kicked off a long-anticipated overhaul of its huge state-owned agriculture companies to help secure food supply for the world’s most populous nation.

Food giant Cofco and national stockpiler China Grain Reserves Group, also known as Sinograin, will set up two joint ventures. The first is a grain storage business to be controlled by Sinograin, and the second for oilseed crushing and processing will be managed by Cofco.

The move will play to the strengths of the respective firms and contribute to China’s broader goal of improving food security, according to a government statement late on Thursday.

The revamp has been considered since at least 2019 and is part of President Xi Jinping’s drive to streamline industrial capacity among state-owned companies. It will take Cofco closer to its ambition of rivalling the storied ‘ABCD’ group of international commodity traders who dominate flows of agricultural products — Archer-Daniels-Midland, Bunge , Cargill and Louis Dreyfus.

The government could transfer Sinograin’s trading assets and oilseed crushing capacity to Cofco, Bloomberg reported in 2019. For Sinograin, the restructuring will allow it to fulfil its role of “managing the granary of a big country,” said the state-owned Assets Supervision and Administration Commission.

The move will improve the efficiency of resource allocation and the ability of enterprises to withstand risks, the commission, which oversees China’s state-run companies, said in the statement. This will support a stable grains and oilseeds supply chain, and help maintain national food security, it added.

Food security remains at the forefront of China’s political agenda after floods, epidemics and trade tensions raised pressure on the government to safeguard food supply for its 1.4-billion people. The nation’s imports of corn, soybeans, wheat and meat have soared to record levels in recent years, driving global prices higher and stoking worries over food inflation.

“Those factors are likely highlighting the importance for China to have a strong co-ordinated presence in the international and domestic market,” said Darin Friedrichs, co-founder and market research director of Sitonia Consulting, a China-based agricultural information service provider.

Sinograin imports grains, soybeans and edible oils for state reserves, but it also has commercial oilseeds crushing and refining capacity that makes it one of the five biggest processors in China, according to its website.

Proposals are part of a broader clampdown on big technology firms that has included huge antitrust fines and the halt of the $35bn IPO by Jack Ma’s ...
News
3 months ago