Solar company backed by Patrice Motsepe raised $1.4m via crowdfunding for a solar project in Zimbabwe 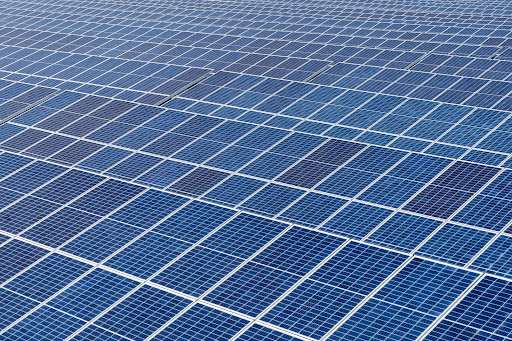 Sun Exchange, the SA firm that crowdsources funds for solar panels and leases them to customers, plans to expand to other countries on the continent.

The company, backed by a group part-owned by billionaire Patrice Motsepe’s African Rainbow Capital Investments, raised $1.4m for a solar panel and battery-storage project at a Zimbabwean fruit and berry producer, in what it says is the biggest crowdfunded project in Africa.

Its venture at Nhimbe Fresh sees individuals or other investors buying solar cells at $5 to $10 each on its platform and then leasing them back. Investors are repaid over 20 years in either bitcoin or rand, with about 60% electing to be paid in the cryptocurrency. The Zimbabwean project, one of 50 by Sun Exchange, was funded through purchases by 1,905 individuals in 98 countries.

The approach enables people to make a contribution to reducing climate-warming emissions with relatively small investments while still receiving a competitive rate of return. It also helps fill a chronic electricity shortage in the region.

“We fill a funding gap for businesses and schools and retirement homes to get solar powered at no cost to themselves,” CEO and co-founder Abraham Cambridge said in an interview. “We are really now looking to expand into agriculture.”

Sun Exchange has the panels installed and maintained. Investors in the Nhimbe Fresh project can expect an internal rate of return of 16.7%, according to the firm. It uses bitcoin because “it’s an almost universal medium of exchange”, Cambridge said.

Sun Exchange’s platform has about 35,000 investors from 180 countries. It’s formed a partnership with Energea Global to source investment for the solar cells.

The company, which built its first project in 2016, has raised $8.3m to date with investors including venture-capital funds based on blockchain technology.

Its other projects include solar power for schools and retirement homes in SA and six Spar Group supermarkets. Funds are being raised for 332 kilowatts of panels and 640kWh of battery storage at a broccoli and saffron farm in the Karoo.

It’s helped install 5.4MW of generation capacity and funding has been secured for 7MW, and it now intends to expand elsewhere in Africa.

“We are really looking at the Southern African Development Community,” Cambridge said. “We will be looking at countries with the most unreliable electricity access.”

Three-quarters of a $4m series A funding round came from Arch Emerging Markets Partners, a company co-founded by African Rainbow, with the African Development Bank and the European Investment Bank also investing. A sale of $2.8m in convertible notes followed in 2021, with Arch taking $2.5m.